SCROLL DOWN FOR HIS

Well, the convention is over, and I’m most impressed with our capable anti-Obama/pro-America GOP presidential ticket. I thought Romney’s speech was just what needed to be said- and my favorite speakers were Condie Rice and, of course- Clint Eastwood.

One of the new additions to the Republican Party platform is opposition to Agenda 21. In its section on leadership in international organizations, the platform now reads, “We strongly reject the U.N. Agenda 21 as erosive of American sovereignty, and we oppose any form of U.N. Global Tax.” I’m glad they added this language to the platform, but I wonder how many people who voted in favor of this addition know what Agenda 21 is.…

The LIBS are FURIOUS . . . . . with the performance of one of their Hollywood ICONS!!!

Media Strikes Back After Dirty Harry Dares To Mock Obama
`by John Nolte 30 Aug 2012 Breitbart
`
Newsflash: Obama can't take a joke. But we already knew that.

For four long years we've waited, hoped and prayed that some young comic would break free of the politically correct demands of The State and mock Obama the way all presidents and all people in power should be mocked. But for…

Is this Republican National Convention the 'ordaination' of Romney or is he still one of us.

What's Happening with Conservatives and the Tea Party… 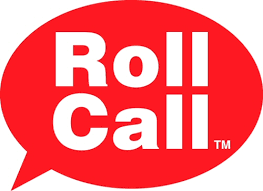 WE MUST RESTORE THE MEDIA, SO OUR CHRISTIAN CONSTITUTIOINAL REPUBLIC CAN RETURN.

MSNBC is RACIST !!! They have removed all doubt. In an attempt to revise history they exposed their RACISM!!!

MSNBC abandons GOP convention during every speech by a minority

One of the left’s…

What they got instead, was a government habit with a roll of the dice.

Does posting here at REAL CONSERVATIVES open the door for our government to prosecute us?

Has FREEDOM of SPEECH and the FIRST AMENDMENT been abolished by the Obama administration and the democrat machine???

Do we have a right to anonymity when we communicate via the internet?

Hundreds of years ago men spoke with hoods on to protect their identity, writers wrote under  nom de plumes. They feared the government would throttle their freedom to speak. We are at a crossroad…

COMING TO AMERICA IF THE CHURCHES, GOVERNMENT, AND MEDIA REMAIN SILENT!!!!!!!

Newly Converted Christians Are Being Cruicfied In…

...one day AFTER the election

Remember Seinfeld? .....The show about "nothing"?

Well, Generation X has a new Idol, a new Leader. Obama. The candidate who stood for nothing.

Tropical Storm Issac has passed the tip of Florida and has turned towards NEW ORLEANS . . . .

The Weather Channel is already screaming bloody murder about how horrible the devastation is going to be . . . .

I wanna see exactly how many residents learned anything from Hurricane Katrina, you know, the one Bush screwed up last time and caused thousands to die . . .…

A wounded returning Army Veteran speaks out to the cheaters stealing our Social Security money.

A Tea Party leader says we are at WAR with Obama. Rand Paul is NOT afraid to tell it like it is.

Sen. Rand Paul sees ‘war’ over the ‘heart and soul of America’

Republican Sen. Rand Paul (Ky.) launched a broad attack on President Obama’s economic policies, saying there was a “war going on for the heart and soul of America.”

My husband & I just watched the file "Monumental" [In search of America's National Treasure] presented by Kirk Cameron and would like to encourage ALL of you to to watch it.

America's National Treasure isn't made of gold but the fire and passion in the hearts of the Pilgrims who braved capture and imprisonment by the British, storms, starvation and numerous other challenges to… 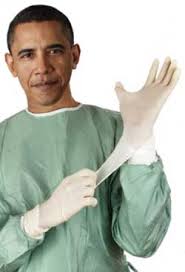 Did you wonder if the new federal law allowing "detention" of "suspects" would ever be used on us???

I mean sure they were telling us we need protection from terrorists and foreign conspirators but look at who the first detainee is . . . . a (former) MARINE !

Janet Napolitano wasn't kidding when she listed returning veterans as some of the WORST THREATS to our way of life!!!