Washington State is a microcosm of America. Population wise, it is a blue state- but geographically, it is a red state. Nevertheless, Seattle is (or was) fairly reminiscent of San Francisco in the Sixties, and I most enjoyed my time in both.

Now a large chunk of Seattle has been taken over by domestic terrorists.

President Trump knows he cannot let this open insurrection persist much longer- but here’s the rub.

Back in the day, hotrodders would play the dangerous game of “Chicken” as two opposing vehicles on a deserted stretch of highway careened head-on toward each other from opposite directions. The first driver who “chickened out” lost the contest- which was of course infinitely more desirable than both drivers being killed in a furious head-on collision.

In the “CHAZ” scenario, we have what might be called “Reverse Chicken” where the SANE “driver” who chooses to avert disaster BY REFUSING TO CAPITULATE TO INTIMIDATION is going to lose.

Both the Toxic Left and Fake News are literally salivating in hope that President Trump will take appropriate action to quell what has become unquestionably violent insurrection- and has served to expand the current civil war.

I repeat once again! This civil war began at the highest levels of the Federal Government in a bloodless coup to remove a duly elected President of the United States. The Pelosi Impeachment Circus starring Nadler and Schiff fanned the flames ad nauseum. Then the Chinese Crud fiasco crashed the American economy. Next, with absolutely incredible timing, a white Minneapolis policeman created “The Ultimate Race Card” with the coldblooded murder of a black man- touching off lawlessness, rioting and looting across the entire nation. And now we have the Seattle Insurrection, commonly called CHAZ, CHOP and most appropriately “domestic terrorism.”

I suppose FAKE NEWS would construe the foregoing paragraph simply as “an unfortunate sequence of random events” that has unmistakably managed to paralyze the most powerful nation on Planet Earth.

By the way, this morning I posted a photo of the “Obama Birth Certificate” released by the OBAMA administration in 2011. Initially I only commented that I was waiting for the “Arbiters of Truth” to respond. They did respond- and said it was “False Information.” I most certainly agree…

The present combined threat to our national security has become so dramatically surreal, it has become increasing difficult for me to wrap my mind around it.

“Full Speed Ahead, America!” There is only ONE viable strategy to win this expanding civil war: “OVERWHELMING FORCE.” 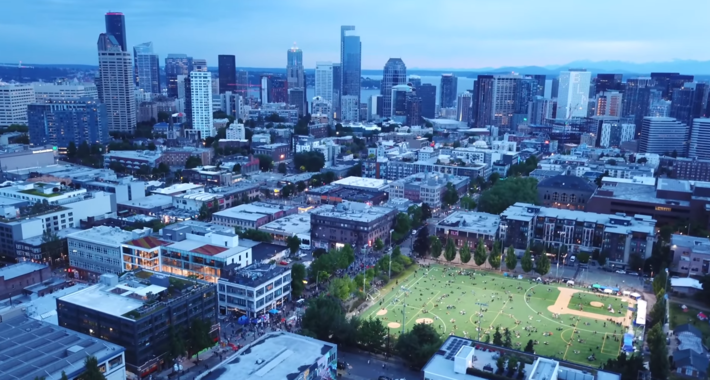 One of your better pieces! Thanks, Dickie!