By dragging out the COPVID-19 crisis and further harming our national economy, the left can successfully downplay what may well be the President’s greatest achievement: restoring America’s place as the greatest economic power in recorded history- also restoring hope that ALL our citizens can make their individual American Dreams reality.

By leading the charge to defund or abolish law enforcement, the anticipated murder and mayhem in our major cities would send the clear message to voters that our President has failed to maintain Law and Order.

By fomenting racial division in America, “Playing the Race Card,” the Dems hope to reclaim a significant number of black and brown voters.

By keeping Basement Joe out of the limelight and relying on carefully crafted glitzy political ads, the Dems hope to hide what is painfully obvious to all Conservatives- that Biden is in serious mental decline.

By attacking President Trump at every opportunity and tossing nonstop garbage his way, the Dems hope to create the illusion that the President is incompetent, cruel and corrupt. The Toxic Left will hurl every “rotten egg and tomato” that might stick to the wall sufficiently long enough to harvest a few more votes for Basement Joe.

By hamstringing the President first with the Russia Hoax, then Pelosi’s Impeachment Circus, then the Chinese Plague controversy and now with widespread civil unrest, the Dems have sought to wear down the indefatigable Trumpster by sheer overwhelming force.

By repeatedly broadcasting their leftist scams, the Dems rely on the old saw that telling a lie often enough will create the illusion of truth- especially when aided by devoted unlimited assistance of confederate Fake News.

By universally attacking supporters of the President, extreme examples being Roger Stone and Michal Flynn, the Dems send a clear message to all Conservatives that “If you support Trump, you are the next victim on our hate list!”

By “hook or by crook,” which includes the push for mail-in ballots and other unsavory methods of voter fraud, the Dems are prepared to steal this election by any means possible- their intended end always justifying the means. Indeed, we have painfully learned that the Swamp DOES fight back with rabid ferocity- and with no regard to collateral damage.

Finally, by forcefully invoking “The Holy Grail of Political Correctness” to override our Bill of Rights, especially when empowered by the censorship of social media platforms sympathetic to an anti-Trump agenda, the Dems have managed to significantly silence the Conservative voices.

Nevertheless, I am even more distressed by Democrat efforts to “cancel our history,” their most dangerous political correctness objective.

Standing peacefully in Lincoln's shadow on Tuesday night, Abe calmed the troubled waters of my weary soul. Just a monument? I think not.

My beloved Conservatives, it is most definitely “Crunch Time.” 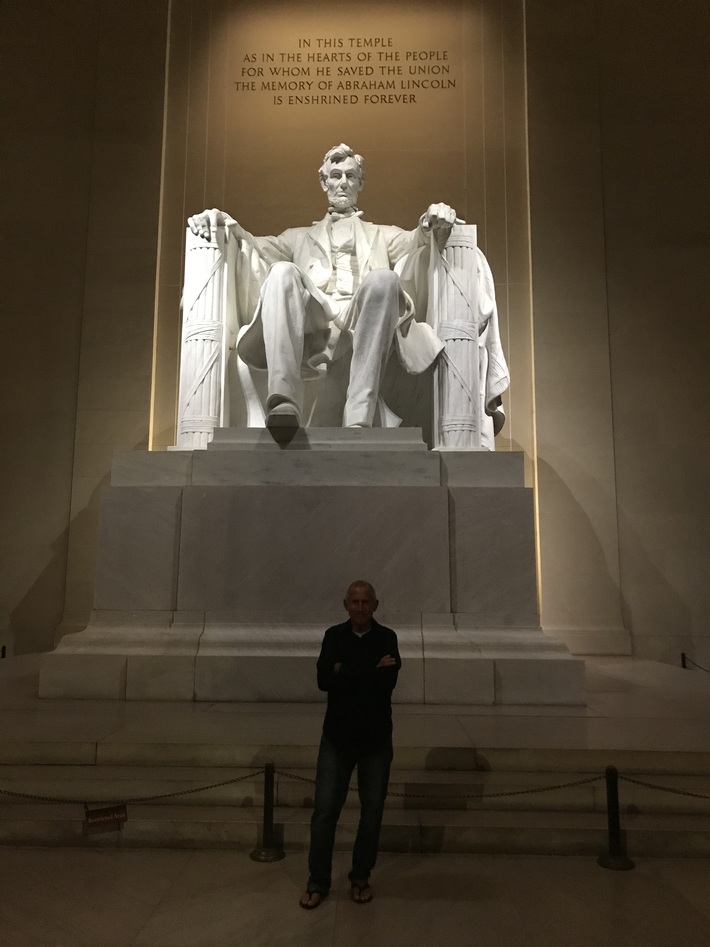