Obama and the rest of the liberal progressive democrats are getting violent.

We the People must be ready!

The enemy is beginning to reveal themselves.

(CNSNews.com) – The man who shot a security guard at the Family Research Council (FRC) on Wednesday was “given a license” to do so because of groups such as the Southern Poverty Law Center (SPLC) that have labeled the FRC a “hate group,” said FRC President Tony Perkins.

The SPLC has posted what it calls a "Hate Map" on its website that points to the FRC as a "hate" group located in Washington, D.C..

Before a gunman shot a security guard at the FRC, the Southern Poverty Law Center had posted the FRC on its "hate map."

On Wednesday, 28-year-old Floyd Lee Corkins of Herndon, Va., allegedly entered the lobby of the Family Research Council and shot the security guard.  According to the FBI, Corkins had a 9mm handgun, two magazines of ammunition, 50 rounds of additional ammo and 15 Chick-fil-A sandwiches in his backpack. According to the FBI, he  “stated words to the effect of ‘I don’t like your politics.’”

(Chick-fil-A was recently castigated by homosexual activists and some Democratic lawmakers because its CEO expressed the belief that marriage is the union of one man and one woman.)

At a press conference on Thursday outside the FRC headquarters in downtown Washington, FRC President Perkins said, “I want to express my appreciation to the groups and organizations that we do not agree with on many public policy issues who have also expressed their outrage at what took place here yesterday. For that, I appreciate it. I appreciate them making those statements.”

“But I would ask them to go a step further and to join us in calling for an end to the reckless rhetoric that I believe led to yesterday’s incident that took place right behind me,” he said.

“And that does bring me to my final point,” said Perkins.  “Let me be clear, that Floyd Corkins was responsible for firing the shot yesterday that wounded one of our colleagues and our friend Leo Johnson.  But Corkins was given a license to shoot an unarmed man by organizations like the Southern Poverty Law Center that have been reckless in labeling organizations hate groups because they disagree with them on public policy.”

“And I believe the Southern Poverty Law Center should be held accountable for their reckless use of terminology that is leading to the intimidation and what the FBI here has categorized as an act of domestic terrorism,” he said.  “There’s no room for that in a society such as ours that works through differences that we have on issues in public policy through a peaceful means.”

The suspect, Floyd Corkins, had been volunteering for the last six months at The DC Center for the LGBT Community. The DC Center released a statement condemning the violence, which was signed by 40 other local and national LGBT groups.

“We were saddened to hear news of the shooting this morning at the offices of the Family Research Council,” read the statement.  “Our hearts go out to the shooting victim, his family, and his co-workers.”

During the press conference outside of the FRC building, Perkins said designating organizations as “hate groups” for disagreeing with public policy positions is harmful.

“It marginalizes individuals and organizations, letting people feel free to go and do bodily harm to innocent people who are simply working and representing folks all across this country,” he said.

Perkins dismissed the notion that the suspect was just an “unhinged individual” when asked by reporters.

“How many unhinged individuals walk around with 15 Chick-fil-A sandwiches and 50 rounds of ammunition?” he said.

CNSNews.com on Thursday left repeated messages with the Southern Poverty Law Center seeking an interview to discuss the Family Research Council and its designation on the SPLC's "Hate Map." The SPLC, however, did not respond before this story was posted.

I remember clearly how Sarah Palin was savaged by the liberal progressive democrat machine and made front page news for DAYS because she had used a gunsight to identify politicians she was targeting for political action. She was blamed when a democrat congresswoman was shot at a voter get together at a mall parking lot.

There is NO parallel between a gunsight identifying politicians for political activity and a "HATE MAP" identifying businesses and organizations that should be killed!

What's next??? A hate map identifying PEOPLE to be killed???

The liberal progressive democrat machine is capable of ANYTHING!

But Obama and his administration are buying up all the ammo! 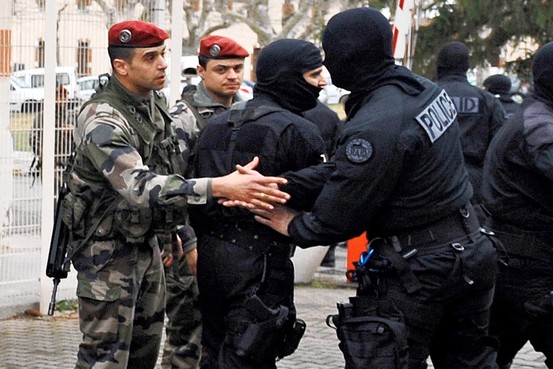 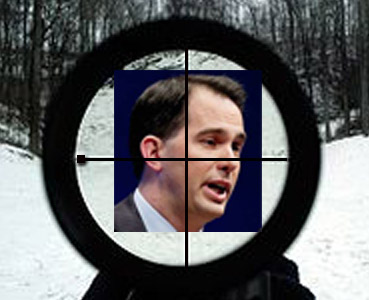 MY COMPUTER IS MESSED UP, BECAUSE I HAVE BEEN POSTING ABOUT 2016. I JUST TRIED TO POST THIS ON FACEBOOK, I WASN'T ABLE TO! OBAMA IS TRYING TO STOP CONSERVATIVES FROM POSTING IMPORTANT ARTICLES!

Multiple firearms locked and loaded Philip. I'm absolutely certain of being targeted on their "Hate List".