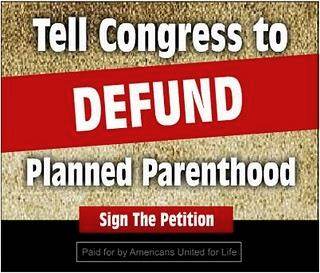 After four hours of emotionally fraught debate, the Florida House on Wednesday overwhelmingly approved a…

The combination of Trump, Obama and the media insured that this week’s story would be the birth certificate issue. Even though there isn’t much of a story there. The birth certificate has been part of the much larger underlying issue which is the lack of… Continue

A SALUTE TO THOSE WHO SERVE

A message to all members of Lt. Col. Allen West for President 2012

Who Obama really is

Behind the giddy giggles:

Who Obama really is

Self-aggrandized-Powerhouse-behind-the-Oval-Office-Valerie Jarrett advises the world today that her boy Obama will not be releasing his college records anytime soon.

Pardon the people, Ms. Jarrett, but when were you elected?

You unquestionably have the right to your opinion.  But so do We the People.… Continue

Mosaic of lies, misrepresentations, blatant insults and a shameful mockery

We hope you’ve saved the duct tape you purchased at the urging of the DHS a few years ago, as it could come in…
Continue

In front of our house
a childhood…

TRUTH-'Who is doing the gouging?-Gasoline Taxes Vs. Exxon Profit, Per Gallon

Patriot Freedom asks...
'Who is doing the gouging?
It’s time for our leaders to stop playing politics with the energy industry…
Continue

Obama has declared war on the Constitution

Obama has declared war on the Constitution

It is now the patriotic duty of individual states to rescue the United States.

REMEMBER WHAT YOU SAW LAST NIGHT?

(THIS IS WHERE IT WAS YESTERDAY...CLICK HERE:…

For a painfully long time now, our federal masters and their judicial enablers have ignored and, to my way of thinking, flagrantly violated the Constitution with impunity. All too often, Supreme Court rulings have served to override equity, common sense, constitutionality and original intent.

And so long as black-robed, unelected and unaccountable judicial oligarchs, aka judges--as well as the submissive states themselves--allow “judicial supremacy” to trump “constitutional supremacy”… Continue


A Martian could have gotten a Certificate of Live Birth in Hawaii back then and probably still could.

Still hidden by Barry Soetoro and using millions of dollars to do so:

I have important things to do, like destroy the country

I have important things to do, like destroy the country

Why release the birth certificate nearly 3 years later?  I and others have been asking for President Obama to put this growing controversy to…
Continue

Case closed? Not so fast

Case closed? Not so fast

That giant whooshing sound you hear of “birther” balloons popping with the purported release of the infamous Obama long form Certificate of Live Birth should be met with the level of skepticism it most definitely deserves. Already, there is well deserved… Continue

My Initial Reactions to Obama BC Disclosure

Is the "silliness" over, as our thin-skinned and insufferably arrogant Prez characterized the BC issue today? Yes. The "silliness" is over.

But, is the eligibility issue settled? Nope!