We KNOW liberal progressive democrats LIE, CHEAT, AND STEAL, is there ANYTHING "NORMAL" in their lives?

The top administrator for the Nassau County District Attorney’s Office is a twisted fetishist who wore a chastity belt to work and diapers and a horse tail during sexual foreplay, according to court papers obtained by The Post.

Stein’s estranged wife, Carole Mundy, suffers from posttraumatic stress disorder as a result of his sexual antics, Mundy says in her divorce petition.

Stein — the DA’s chief administrative officer and a prominent Long Island Democrat — engaged in “predatory and extreme depraved antisocial sexual conduct so egregious it shows a blatant disregard for the marital relationship that it shocks the conscience,” the papers say.

Mundy claims Stein — the campaign chairman for then-DA Rice’s 2010 bid for state attorney general — favored kinky role-playing that included him dressing like a “sissy maid” and calling himself “Jessica” while kneeling at Mundy’s feet.

He also liked to pretend to be animals during their 17-year marriage, the 14-page document alleges.

At other times, Stein pretended to be a cat who “used [a] litter box and cleaned himself” and wanted Mundy to walk him on a leash, the papers say.

Stein, a former appointee to the county Board of Elections, also acted like a baby who needed to be fed and diapered, the papers say.

Mundy said he even took his perversions to work.

“Husband showed wife that he was wearing a male chastity belt with locks under his clothing to wear to work at the Nassau County DA’s Office,’’ the papers say. “Husband told wife that he received sexual gratification from wearing this device at work.”

It was plastic so he could pass through the metal detectors at the Mineola courthouse where the office is located, the papers say.

Mundy also claims he paid a psychic to find out where he stood with Rice “personally and professionally.”

“Husband’s obsession with the personal, professional and sexual life of his supervisor at the Nassau County DA’s Office was disturbing to wife,” the filing says.

Mundy’s lawyer, David Mejias, told The Post: “My client has been traumatized for years by the depravity of her husband and by his insistence on reliving the abuse in open court. It is a bedroom nightmare that no one should have to endure.”

The couple has no kids. 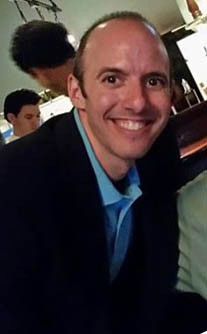 Kinda reminds me of another DEVIANT democrat by the name of: