A LAND OF OPPORTUNITY ...your vote of confidence 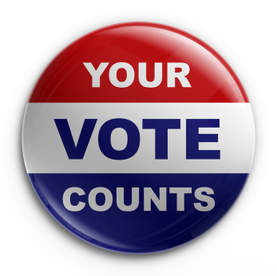 This is the most important primary election since the formation of the Tea Party.

It's time for us to play THE TRUMP CARD against the establishment!!!!

We NEED to get Trump to an overwhelming victory in every state so the establishment won't use its sneaky rules to cause a brokered convention. There are over 43% registered voters who are independent and they can make the difference!

.Hillary starts at 242 votes in the electoral college unless we elect Trump. If Hillary collapses then we run against Sanders, Biden, Warren. or some are saying possibly Jerry Brown.Trump is the only candidate who can take on these liberals and expose their Achilles' heels and WIN!!!

I am asking every registered Independent voter to change their party to Republican for the primary and then vote Trump. Then you can change back to independent after you cast your vote. If you aren't registered stop protesting and make a difference by registering republican and voting. Get democratic Trump supporters to change their party for the primary.

The independents are all important! Please go to the online site for your state NOW or fill out the paper form and submit it today! The rules for changing parties are different in every state and very confusing. Some states like Ohio don't even clearly list the rules on their state site. The deadlines to change are fast approaching - every vote counts!

So please become a Republican for a day and let's start winning again!

This election, if there EVER is one, will further divide this nation. The division may be more important than we all are aware.

There is little difference between the two partys.

The Republican party has been eating it's own IF they don't adhere to the party line.

We the People have been left powerless to make any political decisions.

The media of each political party chooses which candidates have access to the public square.

This election may be decided by other means than our vote. .

The media may decided this election using a "POLL". It came close to doing that in 2012.