READ THE FOLLOWING, THEN

Americans for a Conservative Direction (ACD) was

established in April 2013 by the founders of the pro-Democrat organization FWD.us—most notably Facebook chairman Mark Zuckerberg—to try to persuade skeptical conservative and Republican voters to support "comprehensive immigration reform" as a remedy for the nation's "broken immigration system." ACD is a sister group to the Council for American Job Growth, which was also neformed by FWD.us to advocate for immigration reform, but to a liberal/left rather than a conservative constituency. FWD.us communications director Kate Hansen explains that "maintaining two separate entities ... to support elected officials across the political spectrum—separately—means that we can more effectively communicate with targeted audiences of their constituents."

From its inception, ACD stood firmly behind Senate Bill 744, known as the Border Security, Economic Opportunity, and Immigration Modernization Act. Sponsored by the so-called "Gang of Eight" U.S. senators (four Democrats and four Republicans), this bill called for the provision of a path-to-citizenship for most of the estimated 11 million illegal immigrants already residing in the United States; an expedited path-to-citizenship for illegals who first entered the U.S. as minors; a doubling of the number of future legal immigrants permitted to enter the U.S. from Mexico; and a continuance of the practice of "birthright citizenship," whereby American citizenship is automatically granted to babies born in the United States regardless of the parents' legal status.

In the spring of 2013, ACD spent millions of dollars to produce a series of pro-immigration-reform television ads and run them in seven states. In six of those states—Texas, Florida, Utah, North Carolina, Iowa and Kentucky—the sales pitch leaned heavily on oftlinefilm clips of Florida Senator Marco Rubio (a Republican member of the Gang of Eight) extolling the virtues of the supposedly tough-but-fair Senate Bill 744. The ad showed Rubio declaring that this legislation not only "puts in place the toughest enforcement measures in the history of the United States, potentially in the world," but "once and for all deals with the issue of those that are here illegally." Then, a narrator urged viewers to "stand with Marco Rubio to end de facto amnesty [and] support conservative immigration reform."

In South Carolina, meanwhile, ACD aired an advertisement praising the conservative credentials of that state's Republican Senator Lindsey Graham, also a Gang of Eight member. While this ad did not specifically discuss immigration, it said that Graham "stands up for South Carolina values" and showed him condemning Democratic priorities such as the Affordable Care Act (i.e., Obamacare) and the 2009 Stimulus Bill, while supporting construction of the Keystone XL oil pipeline.

Many progressive activists were angered by this ad, whose tacit endorsement of the Keystone pipeline conflicted with FWD.us co-founder Mark Zuckerberg's previous calls for the United States to move its economy away from fossil fuels and toward solar- and wind-based energy alternatives. The Sierra Club publicly urged Zuckerberg to "re-think his priorities" and refrain from "pushing dirty fuel schemes that threaten our future and our families," and the environmentalist group 350.org held a protest rally outside of Facebook's corporate headquarters in California.

Providing insight into why Zuckerberg had seemingly experienced a change of heart regarding energy policy, ABC News' deputy political director Michael Falcone said: "The ads are meant to provide political cover for [conservative and moderate] senators to cast politically risky votes in favor of immigration reform." In a similar vein, the leftwing group ThinkProgress said that the ACD ads "appear to be trying to give political cover to vulnerable centrists, in hopes of ensuring their support for major immigration reform."

ACD is funded through FWD.us. 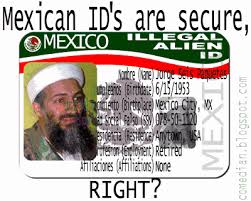 Thanks to REAL CONSERVATIVES Member