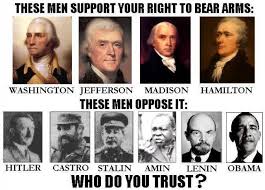 No Longer "Conspiracy" But Plain Reality

It now seems clear that the Department of Homeland Security’s stockpiling of ammunition and other warfare supplies can no longer be dismissed as "conspiracy theory," but is a very real development in the actions of an overreaching federal government.

Many have suggested and assumed that the ammo and gun shortage experienced across the country is the result of private citizens’ unprecedented purchases, in recent years, in preparation for impending gun control measures. While this is true in part, it is only half of the logical explanation that can be assessed based upon available facts.

This phenomenon has been described as creating a perfect storm for private gun owners when paired with the reality that the DHS and other federal agencies are buying up once-available guns and ammunition like never before. Mainstream news sources such as Rawstory and Media Matters have attacked Fox News’ Lou Dobbs and others for their statements affirming that the government has indeed purchased at least 1.6 billion rounds of ammunition (especially including hollow points), 7000 fully automatic assault rifles, and 2700 new light armored vehicles, as well as riot gear including body armor. DHS has also invested $2 million with a contractor that recently apologized for its production of shooting targets depicting elderly gun owners and even pregnant women and children in residential settings, after photos and publicity of the targets recently gained widespread exposure.

As it turned out, these claims have proven to be very accurate, as even Media Matters admitted that DHS officials made the 1.6 billion rounds purchase as they were also busy denying it. The organization also insisted that "the order for 2717 new light armored vehicles [came] from the United States Marine Corps – not the Department of Homeland Security." This claim seems baseless, as all photos have clearly shown the DHS emblem emblazoned on the tanks in question.

All these dismissive reports against the supposedly "misleading" claim of the DHS stockpiling effort can be traced back to a February 14 Associated Press report, lacking any investigative basis, that simply repeated the statement from DHS official Peggy Dixon, who claimed the bulk ammo purchases to have been made in order to save money, and that the bullets were solely intended for military and federal law enforcement training purposes. This claim becomes weaker upon consideration that hollow-point ammunition is significantly more expensive than standard rounds, and military spokesmen and ammunition experts contend that such bullets are unsuitable for training purposes and have never been used for such a purpose.

Seemingly, at the very least, even if the government isn’t preparing to make war against its own people, they are preparing for civil unrest, which is suspect enough for the warranted concern of the American people. The government may well be, however, deliberately attempting to restrict the supply of ammunition, thus the functionality of firearms, from the American people. It has never been a well-kept secret that the Obama administration is no big fan of the Second Amendment. The longstanding fears of many have begun to be shared by several of our elected officials who are increasingly becoming more vocal in their concerns about the government’s attempt to strip citizens of their right to keep and bear arms. Recently, as a guest on Aaron Klein’s radio show, Oklahoma Republican Sen. James Inholfe accused the Obama administration of buying up unprecedented levels of ammunitions as a means to intentionally bypass the Second Amendment until law-abiding citizens "can’t even buy ammunition because government is purchasing so much." Inholfe cited last month’s testimony from DHS Chief Procurement Officer Nick Nayak who said DHS has the right to buy up as much ammunition as it deems necessary. He mentioned that the ammo grab is an ongoing concern, as even still "they’re planning to buy 750 million rounds. Well, that is more than three times the amount that our soldiers are using for training to defend our nation. So, it’s just another effort to restrict gun activity and ownership." The senator is in the process of introducing the Ammunition Management for More Obtainability (AMMO) bill that will limit "non-defense, armed federal agencies to pre-Obama levels of ammunition."

There now seems to be ample evidence that our federal government, namely the Obama administration, is up to no good when it comes to the Second Amendment rights of law-abiding American citizens. Historically speaking, this is a very alarming cause for concern. Hopefully, this concern then will continue to be shared by more elected officials in our local, state, and federal governments, as well as among our military and law enforcement communities. Lou Dobbs likely said it best with the following statement: "It’s like I tell anyone who brushes off what I try to tell them as simple ‘conspiracy theory.’ At some point it stops being a theory, and is in fact a conspiracy. I also remind them that we’re not talking about science fiction or aliens here. We’re talking about the very REAL potential of government misconduct towards its own people; something that has happened time and time again in history."

The government (not MY government) is purposely creating a shortage of gun ammunition. They have NOT stated a reason. The reason is largely immaterial. The result is that WE the PEOPLE cannot buy ammunition for some our guns.

This is a clear violation of the 2nd amendment by our the Obama administration. Is it impeachable?