YOUR CONTEMPT MUST BE HIGHLY VISIBLE AND DEAFENINGLY LOUD, AND RELENTLESS!!!

IT WILL NO LONGER BE ENOUGH TO SIT AT A COMPUTER, QUIETLY TYPING OUT YOUR FRUSTRATIONS, DRAINING YOUR ENERGY AND DROWNING YOUR REAL VOICES, FEELINGS AND THOUGHTS INTO CYBERSPACE!! YOU MUST ACT, OR YOU WILL SURELY LOSE YOUR LIBERTY!!

Shameless Marxism in AMERICA must be met with 300 DAYS of Relentless SCORN!!!!

WAKE UP, AMERICA!! The MARXISTS are out of the CLOSET. They emerged when it was clear to them that they have a dead lock on Congress and the Presidency, and are approaching the achievement of “Air Supremacy” in the Supreme Court. However fleeting that power may be, they have it right now, for the moment.

We must confront them where they hide. Washington, D.C., and WHEREVER ELSE THEY MAY CURRENTLY BE HIDING!!! They will not meet with us in the very voting districts from whence they were elected, you must HOUND them wherever you find them!!

IF YOU CANNOT FIND THEM WHERE THEY WORK, IN THEIR LOCAL DISTRICT OFFICES, GATHER IN FRONT OF NEWSPAPERS, RADIO STATIONS, TELEVISION STATIONS...AND RAISE HELL!!! DEMAND THAT THEY COME TO WORK!!!

If they will not come to you, you must go to them. There are MILLIONS MORE of you than there are of them. They are there, IN POWER, only because they TRICKED you. Now you must TRIP them. In the place where they hide. Washington, or their district offices. They must be confronted with your RELENTLESS SCORN, where they hide.

They must see your faces, everyday, going and coming, arriving and leaving. On the streets, in the restaurants, the bars, the theaters, the playgrounds, the schools, the churches EVERYWHERE THEY LOOK!! You must stalk them, RELENTLESSLY.

There are enough of us, taking turns, to virtually SWARM them with SCORN every day until election day, November 2, 2010.

It is not unrealistic to envision at least a Million citizens, on any given day for the next few months, congregating on the streets of D.C., exercising their First Amendment Right of Assembly on the Capitol steps in Washington and in the streets. If "Hippies" did it at Woodstock, Conservative Americans can do it in D.C.!!

The Marxists in the U.S. Congress must be RELENTLESSLY SCORNED for the SHAME they have brought on themselves and this nation!!

THIS...( "." )... is a period. If a Million of these can fit onto these pages, then a million of you can fit into the streets of D.C. everyday. If this page were to be covered in periods, you wouldn’t be able to count them all. You would only see black. If the streets of D.C. were covered in Conservative Patriots for 300 straight days you would only see red on the political landscape, across these fruited plains, coast to coast! 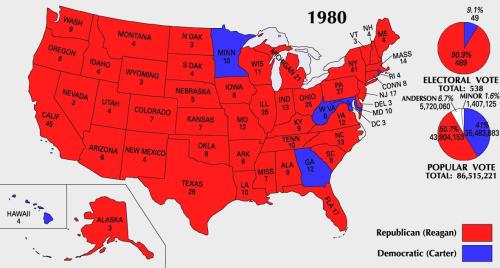 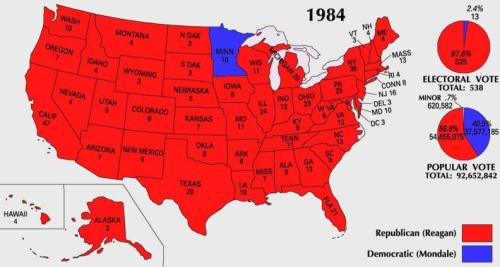 You already have the majority!! Don’t let a handful of thieving, elitist marxists steal your Liberty, as you respectfully obey their unconstitutional laws. While those very Laws may surely lead your Freedoms to the slaughterhouse of Liberty known as the current U.S. Congress, give the marxists a hefty dose of the First Amendment!!

FLUSH THEM OUT OF HIDING, WHEREVER THEY ARE!!!

START HEADING FOR D.C. AT THE BEGINNING OF JANUARY!!

STATES BORDERING D.C. FIRST....THE REST WILL FOLLOW IN MONTHLY WAVES FROM THE OUTLYING STATES UNTIL NOVEMBER 2, 2010!!!

Your Uncle Sam
" when they come for your guns,
give them the amunition first".

"A Constitution of Government once changed from Freedom, can never be restored. Liberty, once lost, is lost forever."


SPREAD THIS MESSAGE FAR AND WIDE!!!

THIS IS THE "PREFERRED STOCK" FOR MARXIST POLITICIANS: 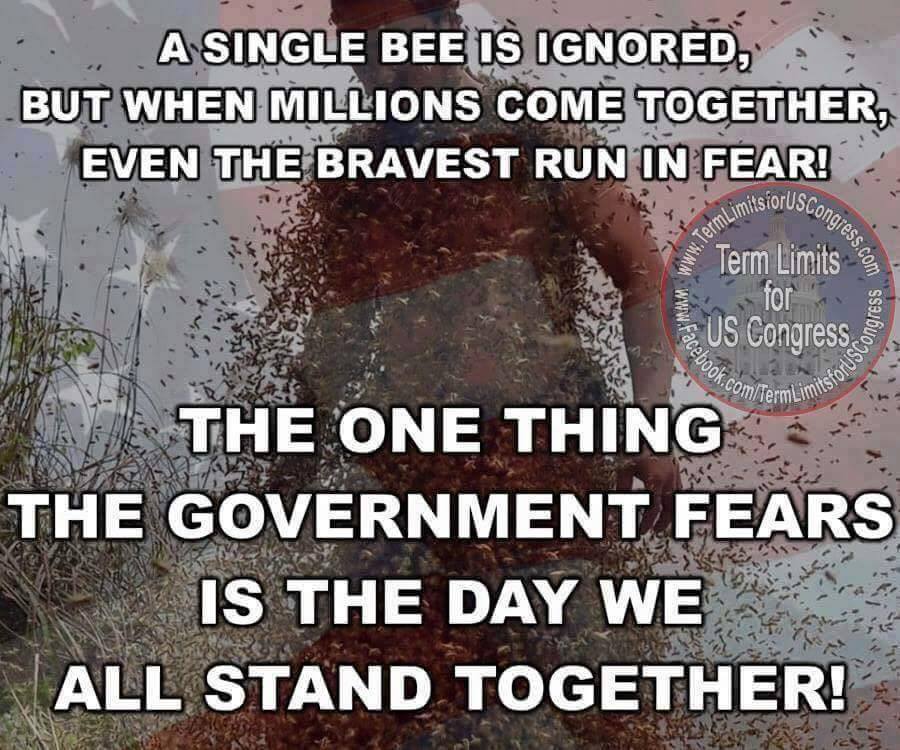 Patriots support the "Swarm of Scorn".

Conservatives support the "Swarm of Scorn".

Individuals support the "Swarm of Scorn".

Let's go people, we've got a slogan. Let's take some action.
Thanks Uncle Sam, you're the best.

Permalink Reply by Your Uncle Sam on February 12, 2010 at 10:02am
UPDATED BLOGGING MEMO

Permalink Reply by Elizabeth Parella on December 17, 2009 at 7:52am
What an excellent and inspirational 8+ minutes!

Ah, the blame game....i's so handy when you need it. There's no need for personal responsibility. There's no need to face the results of bad choices we have all, at one time or another, made in our lives. Why, we'll just blame something or, better yet, somebody else!

Obama and the Progressive Left have long bemoaned the lack of excellence in the public schools...how, then, could they possibly have negated and killed Washington, DC voucher program? Why would this happen when it provided such a lifeline to inner city children in Washington? Why do this when these kids will now be subject to a failed DC school system?

Why, why, why? I'll tell you why: The Left NEEDS a subclass. They need folks in abject poverty...without these folks, who will they "represent?" And when a program happens to work (i.e., the voucher program in DC), it's just taken away. After all, we cannot possibly have people succeed in life...that would be anathema to the Left's base.

Remember the woman who said she didn't have to pay for gas, or pay her mortgage now that Obama won? Is THAT what this country has devolved into? (Note the word "devolved" and not "evolved"...One delegates to ANOTHER all responsibility...)

This Progressive "experiment" will go the way of all bad policies...into the dustbin of history It will be wrapped up in a plastic bag, tied with one of those ties or just tied by hand at the top, and thrown into the garbage where it belongs.

Permalink Reply by PHILIP SCHNEIDER on December 17, 2009 at 10:06am
Elizabeth, your hope for the future, "this progressive 'experiment' will go the away of all bad policies" gives ME hope. But the sad part of all these "experiments" over the years since "Brown vs Department of education" in 54' have come to this . . . . . our OWN government is now throwing black children under the bus . . . . . right there in Washington DC for all the world to see . . . . . all in the name of political expediency. No black child deserves that, no CHILD deserves that. Where are the reverends on this issue? Jessee . . . . . . Al . . . . . . the media . . . . . nope, no one, just us REAL CONSERVATIVES.

Permalink Reply by Elizabeth Parella on December 17, 2009 at 3:54pm
Richard, you're so right...where ARE the black Reverends? Where is the outcry from the liberals? Isn't it just amazing that those who are upset are conservatives??? But one must remember that unless there are the poor and disenfranchised, where would the liberals be? They must "represent" these folks, so they think. But when you look at the history of the empowerment of all people in this country, black, white, inbetween, it's the Conservatives (!!!) who have done the enfranchising and the Democrats/Liberals/Far Leftists who have done damage to those in need. They promise the world, but deliver nothing, and yet the poor and disenfranchised vote Democrat at every turn.... Personally I find it rather amusing (in a perverse sort of fashion) that with a black president we have black children in D.C. being thrown under the bus. Of course, this bus has so many folks thrown under it that it cannot move and it going higher and higher into the sky, with the bottom filled with Rev. Wright, Obama's grandmother who was so afraid of blacks, and all manner of other folks who, in Obama's view, no longer have value to him. The bus is listing, however, and will crush and destroy those who have thrown so many under it....

Permalink Reply by Kathryn Ball on December 23, 2009 at 10:43am
Great question, Elizabeth.

Where, indeed, ARE the Black 'Reverands'????

The only comments I've heard from them of late is some whining that Tiger
had focused his 'attentions' on white women and "no 'Sisters"'!

There is an increasing number of Black Conservatives in this country. Educated people who clearly see that in all of the years the Black community has supported liberal democrats, the plight of the poor has become worse rather that improving. The family has all but been destroyed by the 'programs' established to keep the Blacks poor, undereducated and firmly ensconced in the Welfare Plantation that has been a dependable voting block for liberals for forty + years.

Now the libs are courting the Mexicans using the same tactics that have served them so well in the past.

It is blatantly obvious that those men and women we have sent to our Nations Capitol to represent us care nothing for any of us...only their power positions matter. I sincerely hope that next year's election sends these creatures back under the rocks they emerged from.

Too bad we are all too frightened to risk jail by withdrawing all funding for our government.
I'd love to hear the reactions if tax revenues simply disappeared.

Permalink Reply by Oregon Country Girl on December 20, 2009 at 4:42am
I think of Glen's saying...know who you are...cling to the truth. I'm so glad I have the bible to cling to...the ultimate truth...God's word. If it doesn't line up with the word of God...it's not truth.

Permalink Reply by Gordon Ray Kissinger on December 23, 2009 at 3:37pm
ATTENTION: American Patriots!!!!
Everyone should be ready to meet their representatives when they come home for the upcoming holiday. Let them know RIGHT NOW; anyway you can - that you and many of your family members and friends will be waiting for them to arrive. We will all greet them, no matter the day or hour, with our extreme displeasure/dissatisfaction - if they vote for Obama's progressive health Care takeover bill! Let's all give them a piece of our minds.

Permalink Reply by Rider Freedom on December 24, 2009 at 5:57pm
So is this idea going to take off or is it already DOA?