WOMEN SCREAMING AT FLAKE IN ELEVATOR Were Soros-Funded Astroturfed Activist Leaders! — THEY WERE NOT RAPE VICTIMS

TIME FOR A REAL FIGHT

Earlier in the day on Friday Senator Jeff Flake announced he would vote to confirm Brett Kavanaugh out of the Judiciary Committee.

Then he got cornered in an elevator by a screaming leftist for 4 minutes. 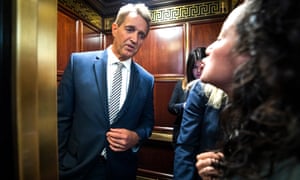 About an hour later and after several private talks with Democrats Jeff Flake came out and announced he would only vote for Brett Kavanaugh if an investigation continued on the man for another week.

This was exactly what Democrats were hoping for!

The women who were screaming at Senator Jeff Flake in the elevator areSoros-funded astroturfed activists.

Their names are Maria Gallagher and Ana Maria Archila.

Flake and Republicans got played.

They celebrated after Flake caved.!

These two heroes, who confronted @JeffFlake this morning, just changed the course of the Kavanaugh process. We

you so much, @AnaMariaArchil2 and Maria Gallagher. #StopKavanaugh 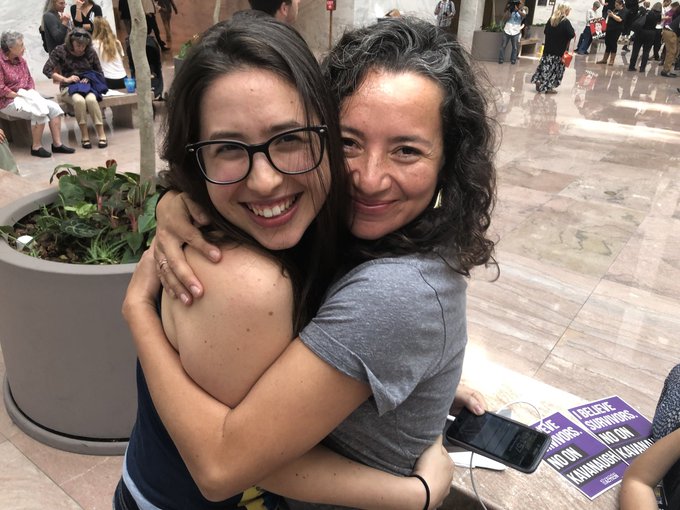 The activist leader Ava Maria Archila has NOTHING on her Twitter feed about being a victim but she does have loads of information on being an activist leader.

And Archila also led the Flake ambush on Friday.

with NO SPINE, Jeff?

and focus on getting

the WALL for your

Kurt Schlichter
|
Posted: Sep 27, 2018 12:01 AM
For more on how our elite is a giant burning dumpster fire of mediocrity, presented in a much funnier manner than this mostly serious column, order my new book Militant Normals: How Regular Americans Are Rebelling Against the Elite to Reclaim Our Democracy now so you’ll get delivered on the release date, Tuesday, October 2nd!
__________________

In the off-chance Christine Blasey Ford actually shows up and testifies – I give it under 50% – the wussy GOP senators on the Judiciary Committee are going to treat her with kid gloves, which is awful. No one making an accusation with such potentially catastrophic consequences for the accused (here, the accused may properly be called “the victim”) should escape harsh, penetrating cross-examination. This is particularly true when the Jenga tower that is her lunchmeat story is teetering on the edge of collapse.

But they will instruct their questioners to use kid gloves nonetheless, because they are terrified of being portrayed as big meanies for challenging her shaky story. Pathetic. As my new book Militant Normals: How Regular Americans Are Rebelling Against the Elite to Reclaim Our Democracy explains (and you must order it now because it comes out next Tuesday), this illustrates the disconnect between status-obsessed elites (including conservativish ones in the Senate) and Normal people who want to cut through the San Francisco sidewalk stuff.

Our GOP senators are more concerned with their reputations in the Beltway Bubble, while Normal people just want to get at the truth. And to get at it, their questioning would be very different than the kind of “We want to nurture and support you in this difficult time” garbage we’re likely to hear from people who should be shredding her flimsy fabric of lies.

Here are questions I’d ask if I were a senator doing the questioning, along with some anticipated colloquy with my distinguished colleagues.

1. Dr. Ford, you are a committed liberal, correct?

[“Senator Feinstein’s objection that my question undermines the witness’s credibility is noted and disregarded.”]

2. And it’s true that you wouldn’t want Future Justice Kavanaugh on the Supreme Court because of his conservative judicial philosophy regardless of the alleged incident?

3. Your lawyers are Democrat activists, right?

4. Are they working for free, or do you intend to pay them with the several hundred thousand dollars the various GoFundMe campaigns in your name have raised?

5. You traveled to Hawaii in your work and back east in August. So, when did that “fear of flying” we heard about start and stop?

[“Mr. Chairman, Senator Flake’s winking at the cameras of the liberal media outlets is distracting me. I know he needs a job, but let him suck up to MSNBC on his own time.”]

6. So, Dr. Ford, let’s get to the basics. Exactly what day and time did this incident happen?

7. Exactly where did this incident happen?

8. How many people were in the house at the time?

[“Mr. Chairman, I’ll pause my questioning to let Senator Hirono count the number on her fingers. While she’s trying to work it out, I’m hitting the head.”]

9. In 2012, your therapist wrote down that there were four people in the room. Why would she do that if you didn’t tell her that?

10. Do you find it odd that each person who you now say was present has stated that they have no idea what you are talking about?

11. If they might not remember because the party was nothing special, how often did you and your teen pals go to houses with a bunch of boys and get drunk?

12. You claim Future Justice Kavanaugh was drunk. How drunk were you?

13. As a psychologist, will you concede that alcohol inebriation will make a teenager’s memory unreliable?

[“Senator Sasse, your Fredocon whining about how we’re better than this and how this is not who we are is noted. I’ll ask my questions however I damn well please.”]

14. You claim you thought Future Justice Kavanaugh was trying to rape you. If so, why didn’t he chase you and actually rape you?

15. You say you left the house without telling anyone. Doesn’t that seem like something odd that your female friend would remember?

16. If you thought Future Justice Kavanaugh was going to rape you, why would you leave your friend alone there with this alleged monster?

19. You didn’t even tell your friends?

20. But you happened to tell your therapist in 2012, right around the time Future Justice Kavanaugh’s name was being brought up as a Supreme Court candidate?

[“Mr. Chairman, can you have the withered commie crone dressed as a handmaid dragged out so I can continue?]

21. Future Justice Kavanaugh was a big deal in 2012, and you say you mentioned his name, but it’s not in your therapist’s notes. It’s not even in there that your attacker is now a well-known judge. Your therapist sure got a lot wrong, didn’t she?

22. Say, at any time, did Future Justice Kavanaugh suggest that you put some ice on that?

23. Did Future Justice Kavanaugh slap you around like a Democrat congressman from Minnesota?

24. Did Future Justice Kavanaugh drive hammered and leave you to drown in an Oldsmobile?

25. You say this event damaged you permanently, but you did not seek treatment before 2012 even though you are a psychologist, correct?

26. You wanted to remain anonymous, right?

[“Mr. Chairman, can you have the screeching B-movie actress dressed as a handmaid dragged out so I can continue?”]

27. You sent a letter to your congresswoman in July, right?

28. You hired a famous, leftist lawyer in D.C. in August, right?

29. You say you took a lie detector test in August, right?

30. But you contacted the Washington Post, but did you really think they would do anything about it before you gave them your name?

31. And you’re here voluntarily, not even under subpoena, right?

32. You never intended to remain anonymous, did you?

[“Mr. Chairman, can you have the beta male dressed as a handmaid dragged out so I can continue?”]

33. Are you aware that people are calling you “brave”?

34. Are you aware that people are calling you a “hero”?

35. And are you aware that Anita Hill has been celebrated as a brave liberal hero since the Justice Thomas hearings?

36. As a psychologist, you are aware that sometimes people say things that are not true to get attention, correct?

37. As a psychologist, you are aware that sometimes people enjoy the spotlight?

38. As a psychologist, isn’t it possible that someone might invent a claim of assault in order to get attention or achieve a political goal?

[“Mr. Chairman, I need to pause to let Senator Spartacus take a call from T-Bone.”]

39. As a psychologist, do you disagree with the consensus that sexual abusers repeat their crimes?

40. How do you account for the fact that not one single person, besides you, has claimed that Future Justice Kavanaugh has ever tackled someone and tried to rip off her clothes?

41. Sixty-five women signed a letter saying Future Justice Kavanaugh was always a perfect gentleman. Why would they all lie?

42. No one allegedly in the house for the alleged party corroborates your story. Why would they all lie?

43. For that matter, no one at the dorm corroborates that other leftist woman’s story either. Why would they all lie?

44. And, of course, no one corroborates Stripper Matlock’s story, right?

This whole ridiculous charade illustrates the vital importance of cross-examination as the foundation of our justice system. Ford does not deserve special treatment. When the Democrats talk about “respect” and “victim blaming,” what they are seeking to do is put out-of-bound the kind of questions whose answers (or, more likely, non-answers and evasions) will demonstrate to the world what a crock her whole story is.

Normal people get that. Let’s see if our elite does.

COMPLIMENTS OF ONE OF HER FRIENDS,

America is the GREATEST country in the world because we have the ONLY justice system where a person is deemed INNOCENT until proven guilty. The Constitution provides these RIGHTS to EVERY American accused of a crime. We have all seen the damage done to a man's name and reputation when the system is bypassed for a political party's agenda!

Vote No on Amendment 6 that will strip EVERY Floridian of these rights and change the justice system and state constitution forever!
Even the ACLU is against this amendment which started as Marsy's Law in California!
https://www.aclu.org/blog/criminal-law-reform/were-victims-rights-a...
Look what just happened to Judge Kavanaugh when the accuser was given MORE rights and allowed to bring forward criminal complaints even past the statute of limitations! The ad campaign for Amendment 6 was rolled out at the same time as Judge Kavanaugh was being accused of a crime without a single witness to corroborate it! Don't let someone in your family be next! Our forefathers created a justice system that worked - don't change it!
Vote NO on Amendment 6!

A picture is worth a thousand words. This is a REAL picture from Jeff Flake's twitter page and a post HE made on August 28th! 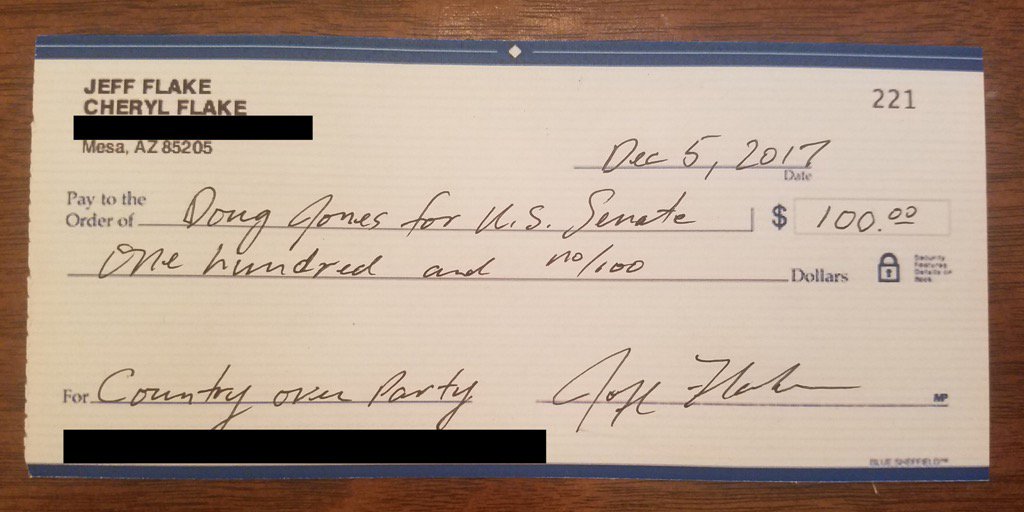