We the People have "Enemies" everywhere. They subltly erode our nation's foundation.

"Advertising" is only a phrase away from "Proselytizing".

Samuel Adams Beer Ejects God from the Declaration of Independence 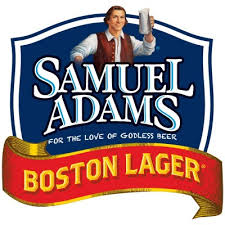 Last week, while patriotic Americans celebrated the 237th birthday of our nation’s founding, Samuel Adams Beer commemorated Independence Day by brazenly undermining the very documents upon which our nation was founded.

A television ad, which ran over the Fourth of July weekend, depicts an eighteenth century tavern barkeep citing the Declaration of Independence saying:

“All men are created equal. They are endowed with certain unalienable rights: life, liberty and the pursuit of happiness.”

It didn’t take long for Samuel Adams’ Facebook page and Twitter feed to light up with protests from Americans who noticed the small but very significant omission of “by their Creator,” from the beer company’s rendition of the Declaration.

In response to a heated email that I swiftly sent off to the Vice President of Marketing at Samuel Adams, I received this response:

Thank you for your message about our recent TV ad and our use of some words from the Declaration of Independence, without the phrase “by our Creator.” We apologize that the omission offended you. That was never our intent. As you may already know, we adhere to an advertising code, established by the Beer Institute – a beer industry trade organization. The code states, “Beer advertising and marketing materials should not include religion or religious themes.” We agree with that, and follow those guidelines in our advertising and responsibly marketing our products.
Sincerely,
Michelle Sullivan
Senior Director of External Relations
Boston Beer Company

Apparently we are to accept the fact that the industry guidelines set by the Beer Industry trump the principles set forth in America’s founding documents? You know, those same founding documents that helped create the free market environment under which Samuel Adams Beer can enterprise and thrive.

It seems that Samuel Adams Relations Executive wants to dismiss this “adherence to guidelines” as a trivial matter. But for those Americans who have been watching the slow and steady devolution of our individual rights by an ever-expanding government, this omission is not insignificant.

If Samuel Adams Beer is going to market and sell beer evoking the name of perhaps our most religious founding father, then maybe they should brush up on their American History.

In the meantime, I penned this response to Ms. Sullivan:

Dear Ms. Sullivan,
Thank you for your prompt response. It’s unfortunate that Samuel Adams Beer and the Beer Industry categorize the Declaration of Independence as a “religious” document. Out of respect for the policies set forth by the Beer Industry, I can no longer in good conscience purchase your product. You see, the currency I use clearly states “in God we trust,” which is an overt violation of your industry standards.

We the People can vote! We can vote with our dollars! We can march together, AWAY from the vices of the liberal progressive democrat machine and their adherents in the beer industry.

Down with Samuel Adams beer products!

HOW TO BOYCOTT WASHINGTON, OVERNIGHT:

from Declaration of the INDEPENDENTS: