I’ve long resisted the urge to compare Trump to Hitler because of the Internet axiom that if you bring the Nazis into an argument, you’ve lost. But the comparisons are mounting up way too high for reasonable people to ignore. It’s not just the cult of personality. It’s not just the fact that he courts white supremacists with a wink and a nod. It’s not that he intentionally fosters an atmosphere at his rallies where his supporters gleefully cheer the physical abuse of protesters and anyone who is different.

It’s also not just the shocking level of power that he thinks he should have as President, complete with the right to unilaterally dictate United States trade policy. Even his signature campaign promise – to make Mexico pay for the wall that will never be built – is premised around the authority he believes he should have to unilaterally dictate that American companies cannot conduct business with Mexican ones.

But, fine, let’s not compare Trump to Hitler. Let’s compare him instead to Putin. Because that’s exactly how Trump perceives the appropriate scope of Presidential authority. Observe what he said in Fort Worth earlier this week:

And once Trump gets to office, if he discovers that he isn’t able to do this specific thing, he will doubtless be advised that there are all sorts of other nasty things he can do to any member of the media who disagrees with him. Under President Trump, we will doubtless learn that the harassment of Sharyl Attkisson was just a charming blip on the radar compared to the various ways that Trump will use to intimidate members of the press from criticizing him. Audits, harassment, open intimidation – these will become the order of the day.

Trump has no interest in facing an American press – he wants a subservient, Russian style press instead.

Make no mistake, Trump is priming his own supporters to actually cheer him if he does this. I saw first hand when I sat in the media section at Trump rally in Cedar Rapids on the day of the Iowa caucuses, how his supporters walked by and jeered at the assembled media, treating them as some species of particularly loathsome insect.

In fact, Trump has lathered his mindless minions into such a lather over the press that it likely backfired on him yesterday during his Christie announcement, as it is strongly suspected that members of his own crowd sabotaged the video feed of both CNN and M..., thus meaning that those two networks could only carry audio of the Christie endorsement.

Look, I’m no friend of the media, as I’ve made clear over the decade-plus that I’ve been on the front page of RedState. But neither do I want some goon like Donald Trump to have all the awesome power of the Federal government at his fingertips to actually intimidate members of the media who are critical to him. That’s not the way Reagan got past the media and that’s not the way and no American should feel comfortable with the way Trump talks openly and threateningly about the press. Call them liberal, fine. Point out their bias, fine. Openly intimidate them, not fine.

Barack Obama has come under a lot of well-justified abuse here at RedState for his actions that have disregarded both the role of Congress and the limits of his own power under the Constitution. Trump, in his speeches, clearly indicates his belief that his own totalitarian instincts are worse – far worse, in fact. This man must not be allowed

In Massachusetts, 20,000 people switched from democrat to independent and republican since January to vote today.Independents vote in the primary.

( WORKS FOR WHOEVER WILLUSE IT ) 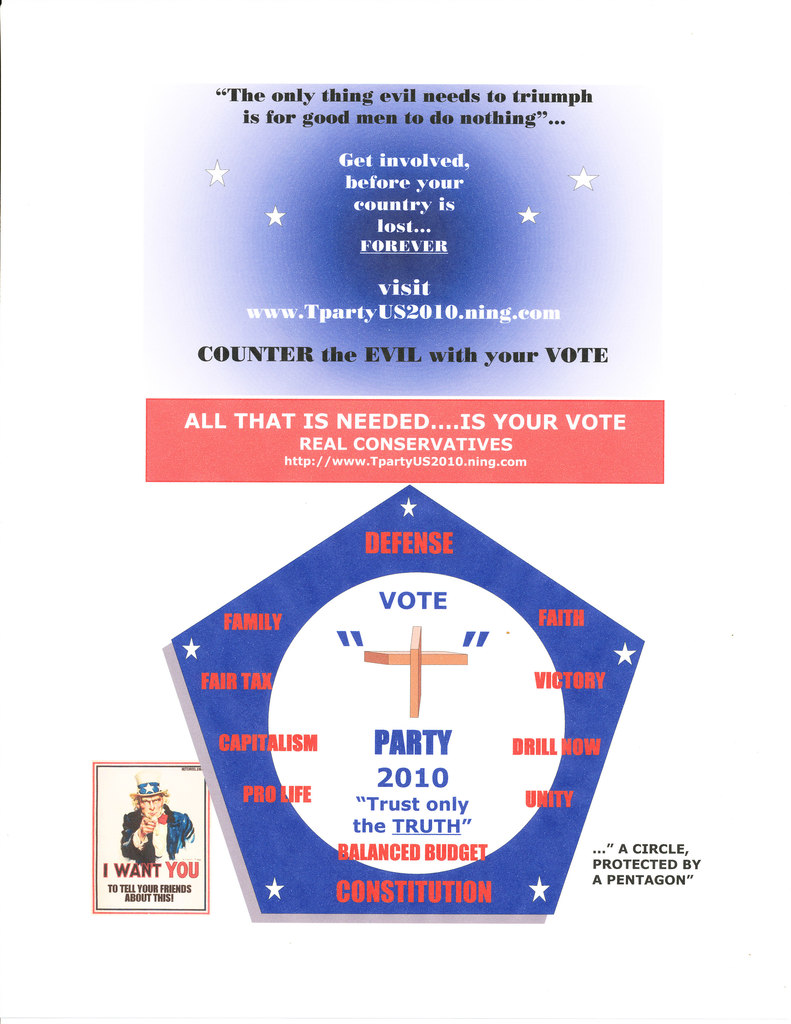 I'm not upset. I love debating. That is why I love Real Conservatives. The 2 sides of the republican party are lining up and it's interesting to see where each player goes. I am still floored how out of touch they are that they would even consider Romney. Sasse was saying how Trump has no policies but we walked for Romney in 105 degrees for 4 months in our precinct. After the first day, my husband looked at me and said I can tell you everything Obama stands for even if I don't agree. But Romney stands for nothing. The way we won our precinct for Romney was to figure out what issue was important and then extrapolate the answer out of the party platform or I emailed the campaign and got an answer. I called Sasse's local office to question his idea of running third party.The woman who answered was a nice older woman who had no idea he was on TV and by the time we finished talking she said her phones were ringing off the hook. O'Reilly's talking points did a good job of explaining why Trump is the way he is and why he is attacking the press because they will throw everything at him they can dredge up and then some more. Their world is coming down and they don't know how to stop it. I am shocked at Rubio's past - we never vetted him past issues - he was running against Governor Crist who was a republican who turned liberal and would have been another Specter. We had to stop Crist. Now that I look into Rubio's lifelong political career, it's unbelievable. He personally lied to me. He has a pattern of overextending and then when he doesn't get his way, he leaves and doesn't fight. Rubio has probably made around $5 million in the last 10 years and blown it all including liquidating his IRA. He's like the treasurer of our HOA who would always say yes to spending more money even though we didn't have it and just say put up the dues. I can tell you Hillary definitely wants to run against him. If Rubio wins, I really should go get a job with her with everything I have found out!!!!!! And as far as Romney goes, I knew he was not out of the picture because I received a email from the NRCC and Boehner had done something stupid. I decided to email them back and tell at them. The contact link for the NRCC went to romney.com.

I.M., I learned when I was on the HOA board, that most everyone took a piece of the pie. When someone dealt with gutters for the club house then all of a sudden they had new gutters on their house. I am proud to say I was always honest and called them out, but unfortunately money and greed go hand in hand. And those politicians in Dc will go down fighting. And this is going to be one heck of a fight!!!!!!!!

Patty I am sorry. The situation with the GOP is like an impacted tooth; their greed perceives honesty as a hindrance. I read in another place that agrees: the GOP will go with Romney if Trump wins this Tuesday.

Uncle Sam and you had it right. We tried it the sensible way and it didn't work.They just ignored the people. Raya,  you even had Donald Trump on your list of 24 candidates in 2014! From Trump's twitter: 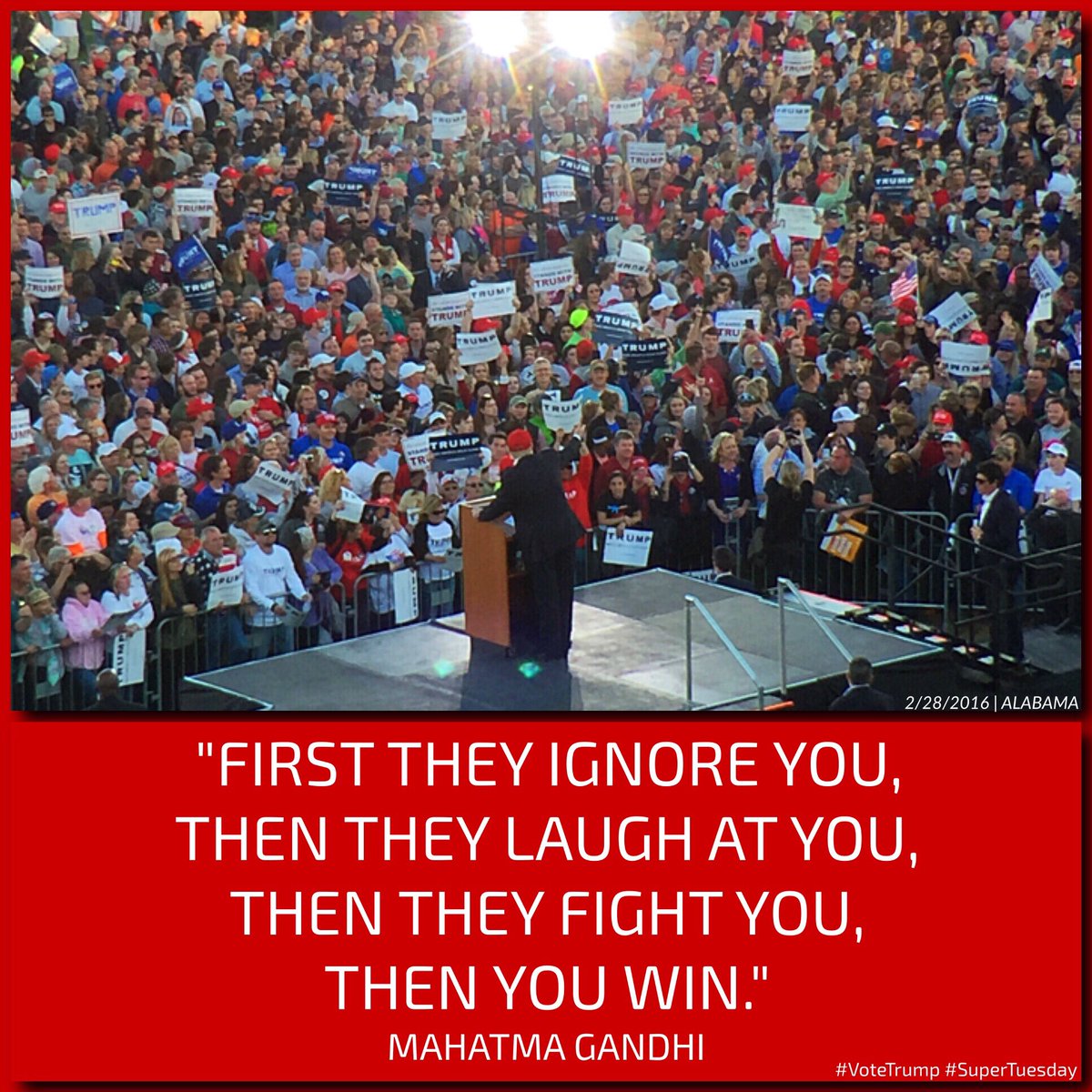 I.M. I'm sorry you can't read between the lines. I sorry that I am one of the stupid and ignorant.

The party is just using all of you. Their plans are to use your votes to broker a convention and bring in Mitt Romney. Ben Sasses of all people says he will join this effort and even go third party to do it.

There's a reason Marco's losing in Florida. Go look at Marco's webpage. His first Florida event is hidden because he doesn't want to face us. He just opened his first office here in Florida yesterday - is that someone who thinks he can win Florida? Early voting starts tomorrow. Marco doesn't have the guts to face us and answer why he broke all his promises to us.  Go look up his history - he made over $5 million dollars in the last 10 years and blew it all on renting expensive Audis, a boat, houses etc. He even liquidated his retirement account. This is NOT a man who could ever balance a budget. He lied to me personally over a handshake. He made promises to people throughout his career and then turned away and forgot them. We will FIRE him on March 15th. If you believe the party should be of the people and not elites, come join us with Trump . Why would a party set up to bring in Mitt Romney and would rather lose and let Hillary win - because they believe in the same end. Remember it was Snowe and Collins who let Obamacare out of the first committee, it was Specter a republican who changed parties to keep Obamacare. Go look up Tom Feeney - he's Marco's co-chair in Florida and drew his own republican district and was named one of the most corrupt congressmen in DC by CREW. These people get positions in DC - is this the people we want running this country? Trump is WINNING and converting Democrats and Independents to the party and they want to fight this? They said they wanted this. Why does the republican party want to exclude these Hispanics and African Americans, vets, poor and middle class from the party? They are hypocrites who want their good old boy netowrk and only want the elite. They don't even want you - even if you want Rubio they are openly saying they will bring in Mitt Romney  LOSER to take it away from Rubio. Now you see what the Trump people see - the party has left the people and only wants us as puppets to do and vote as they say. And if we say different then they will let Hillary win rather than lose control and lose their money connections. The emperor has NO clothes!!! Vote Trump - he's WINNING, can beat Hillary even in  New York, his people are NOT angry but work hard for what they believe in, he understands and will fight for us!!!!!!!!!!!!!!! If we join together now, we start attacking Hillary for 9 months and Trump WILL attack her. Trump has tons of Democrats and Independents who hate Hillary voting for him. We can’t lose this election, this is Custer’s last stand and we NEED to win or America will be gone forever as a sovereign nation. If WE THE PEOPLE join together, we make a new Republican party of and for the people, one NATION under GOD and that is what the republicans in DC are totally afraid of.

My friend who is a Cruz supporter called Trump an Oompa Loompa. She doesn't understand Trump just as many of you do. So I thought about it and she's close but Trump is actually Willie Wonka. This explains what Trump is all about: