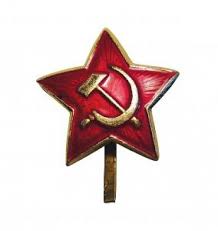 The Fort Hood shooting shooting took place on November 5, 2009, at Fort Hood, the most populous U.S. military installation in the world, located just outside Killeen, Texas.

In the course of the shooting, a single gunman killed 13 people and wounded 29 others.

It is the worst shooting ever to take place on an American military base.

The sole suspect is Nidal Malik Hasan, a U.S. Army Major serving as a psychiatrist. He was shot and taken into custody by Department of the Army Civilian Police officers

and is now paralyzed from the waist down.

Hasan has been charged with 13 counts of premeditated murder and 32 counts of attempted murder under the Uniform Code of Military Justice; he may face additional charges at court-martial. If he is convicted, he could be given the death penalty.

Hasan is an American of Palestinian descent. Internal Army reports indicate officers within the Army had discussed what they characterized as Hasan's tendencies toward radical Islam since 2005. Investigations before and after the shooting discovered e-mail communications between Hasan and Yemen-based cleric Anwar al-Awlaki. Hasan asked for religious advice, such as whether a soldier who "died while attacking fellow soldiers" would be a martyr.

When these were forwarded to FBI terrorism task forces in 2008, they determined that Hasan was not a threat prior to the shooting and that his questions to al-Awlaki were consistent with his medical research. After the shooting, Awlaki quickly declared Hasan a hero, as "fighting against the U.S. army is an Islamic duty".

Many government officials and official reports have characterized the attack as terrorism.

Senator Joe Lieberman labeled the shooting "the most destructive terrorist attack on America since September 11, 2001. Michael Scheuer, the retired former head of the Bin Laden Issue Station, and former U.S. Attorney General Michael Mukasey also called the event a terrorist attack. A group of soldiers and families have sought to have the defense secretary specifically designate the shooting a "terrorist attack."

Despite the communications with Anwar al-Awlaki and previous terrorism investigations of Hasan, the FBI had found no information to indicate Hasan had any co-conspirators or was part of a broader terrorist plot, and has not established any motivations of the perpetrator.

Although the government has never established formal links between Hasan and any terrorist groups, Awlaki was later named as a Specially Designated Global Terrorist and was known by the UN to be associated with al-Qaeda. After Awlaki was killed by a U.S. predator drone missile attack in 2011, President Obama called Awlaki "Al Queda's most active operational affiliate".

The Defense Department currently classifies the attack as an act of workplace violence. Pentagon Press Secretary George E. Little has stated it "will not, at this time, further characterize" the shooting because it could affect court-martial proceedings against Hasan".

The Fort Hood attack was done to take the media out of Washington as the Tea Party went thru the hall of Congress and Senate and the white house did not want the put out across America...