Ramifications of having an Illegally Sitting President

The Ramifications of Having an Illegally Sitting President

Although there is much talk among Americans about the high price of gasoline, inflation, the massive governmental debt that

is mounting at the rate of a billion dollars a minute, the problems with TSA and homeland security, it is imperative that we set these "petty" things aside and take a much closer look at what this means to both our allies as well as our foes.

It has been determined "worldwide", although there are some liberal American hangers-on declaring this information false, it still has been determined "worldwide" by both or friendly as well as our not so friendly neighbors that the birth certificate submitted to the world is in fact a forged document. It really doesn't matter what we in America may think of that conclusion - what matters is that the world powers outside of America think, (they don't think - they KNOW) that it is a forged document. Therefore, in their eyes, they are dealing with false and fraudulent representatives of our government regardless of whether it is on a contractual basis, a treaty basis, or a military basis.

Please stop for a moment and consider what that truly means

to them. How would you like to be bilked by someone to the tune say $200,000. How might you feel toward that person?

"As of December/2010, the United States owed China $1.164 trillion. There is currently $4.3 trillion owed to countries such as China, Japan and the United Kingdom. China owns roughly 27% of this total.

The United States currently has a public outstanding debt total of over $14.1 trillion. Of this total, China owns roughly 8%."

Eight percent of 14.1 trillion is 1.152 trillion! But due to the fact that (and yes it is a fact) the president's birth certificate is a forgery, thus he is an illegally sitting president, it makes them literally bilked to the tune of 1.152 trillion U.S. American dollars.

Forget the military ramifications of this problem; and forget any treaty concerns. We have bilked one neighbor alone out of 1.152 trillion dollars!!! All because we have either a complicit House and Senate, or we have an entire Congress under hostage as the media is being held under hostage by the threats and strong-arm tactics of this regime.

If we are to ever have any standing in the world EVER again, it is imperative that we get this usurper arrested and out of office immediately and a legal someone back in office who can and will fix this problem in the safest and most expedient way possible. This is most dangerous crisis the United States has ever faced in its history!

Obama and the democrat machine have faced eligibility challenges like gmiller points out below, ever since Hillary wanted to take HER spot at being president.

My point is, even if one of these challenges to Obama's eligibility would stick, what happens next? He's already been in office almost a full 4 year term. He's done a lot of damage already. He thinks because We the People are sitting on our collective hands, that he and the democrat machine will easily cheat their way to a second term. His whispers to the Russian Prime minister over an "open mike" prove that.

Do you think that the democrat machine would allow a state the size of California to leave his name off the ballot if an eligibility challenge was successful? NO WAY. Just like Nancy Pelosi said about their secret legislation,

we have to HOLD the election first before we can tell you who won.

gmiller, you might want to explain what your "oh really?" comment means.  No one to date has managed to even get a court to rule on his ineligibility.  Georgia came close, but was strong-armed in the end. It is quite apparent he is illegally holding the office of president, which affects every one of us. My best suggestion is to notify your local sheriff, and your State's Secretary of State and demand that anyone presenting his birth certificate as proof of eligibility be arrested for possession of forged documents.  Arrest the bearer of that document and we might have a case that will win in court.  In the meantime we have a major international crisis looming due to his exploits and malicious handling of money worldwide.  At some point there will be a recompense due, and I am not talking about interest on the loans.

Obama Not Qualified to be on CA Ballot, say 2 Presidential Candidat...

Go get 'em, Ed, John, other plaintiffs and Gary.

From the top of the conservative ladder down the rungs of that ladder to We the People . . . . . there is no one stepping forward to give us voice. Neither of the presidential candidates has indicated a willingness to call Obama and the democrat machine out on the reckless abandonment of our constitution. Everyone sits silent, waiting, watching, as though a commercial will break in at any moment and we'll be safe at least until the horrible nightmare resumes. Just when is it, that We the People, will react en mass to the outrage that is consuming our nation? How bad will it get before we realize our time for action has already passed and it's too late to resist? Will the Occupy Wall street become the "Occupy those FEMA Camps"? And the people IN the camps aren't the occupy Wall Street crowd . . . .  it's WE the People that are behind the barbed wire fences . . .  . wishing wishing we had done something . . . .  anything . . . . 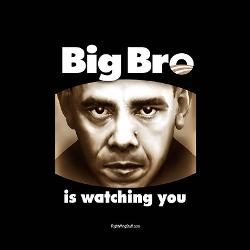 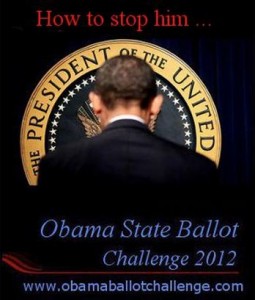 Annette, that's perfect. We might not have to wait for our congress to grow a pair of testicles and throw Obama out, some of the nations we owe money to may come calling first and do it for us.