The United States is in a Constitutional and political crisis without precedent.

What can ordinary Americans do when a large number of politicians are corrupt and an even larger portion of the national political leadership is complicit in a cover-up of that corruption?

Do we petition those leaders to investigate and punish themselves?

George Will, for whom I have great respect as a commentator, recently wrote a scholarly, but an unintentionally satirical article entitled “Is Obama above the law?” about his violation of the War Powers Act in regard to the Libyan War.

Mr. Will ended his commentary with what must have been deliberate satire:

“‘No president,’ says Sen. John McCain, ‘has ever recognized the constitutionality of the War Powers Act, and neither do I. So I don’t feel bound by any deadline.’ Oh? No law is actually a law if presidents and senators do not “recognize” it? Now, there is an interesting alternative to judicial review, and an indicator of how executive aggrandizement and legislative dereliction of duty degrade the rule of law.”

The evident bewilderment displayed by Will is prima facie evidence of the depth of denial now prevalent in Washington, D.C.

It is an equivalent to writing an article after the Pearl Harbor attack entitled “The Japanese might not like us.”

The arrogance of the permanent political class is both shocking and out of control.

Having been born in Panama and not eligible to run for the Presidency, McCain obviously doesn’t recognize the Constitution either.

For me, the uncertainty about McCain’s ineligibility was resolved by the bogus, non-binding Senate Resolution 511, co-sponsored by Obama, which declared McCain a “natural born citizen” and, therefore, eligible for the Presidency.

The fact that Congress has no authority to do such a thing was apparently completely irrelevant to that majestic body. Maybe I’m a cynic, but it sounds to me like just another crooked, backroom deal.

If McCain and Obama both didn’t need the “cover”, why go through that elaborate Senate charade?

Andrew Napolitano once asked South Carolina Congressman James Clyburn, the third-ranking Democrat in the House of Representatives, where in the Constitution it authorizes the federal government to regulate the delivery of health care.

Rep. Clyburn, like many in Congress, has conveniently forgotten that, according to the Constitution, the federal government has only specific enumerated powers.

As Mr. Napolitano correctly noted, Congress has gone from upholding the Constitution to evading it.

Basically, the permanent political class is saying to the American people: “we’ll do whatever we want and you prove that we can’t do it.”

That is exactly how Barack Obama has been operating and why no one in Washington, D.C. will challenge him.

Our political royals want the option of evading the Constitution or any law they deem inconvenient, like, most recently, what appears to be Congressional insider stock trading and the distribution of Obamacare waivers as political favors.

If the people at the highest levels of government believe that they can, whenever they wish, commit law evasion, what can ordinary citizens do?

We can hope that the cover-up surrounding Obama’s alleged crimes begins to unravel and honest, courageous and patriotic leaders step forward to root out those complicit, eliminate the endemic corruption and guide the country back on the right course.

Otherwise, left with no alternatives, open dissent will grow and chaos will ensue.

Daniel In The Lion's Den 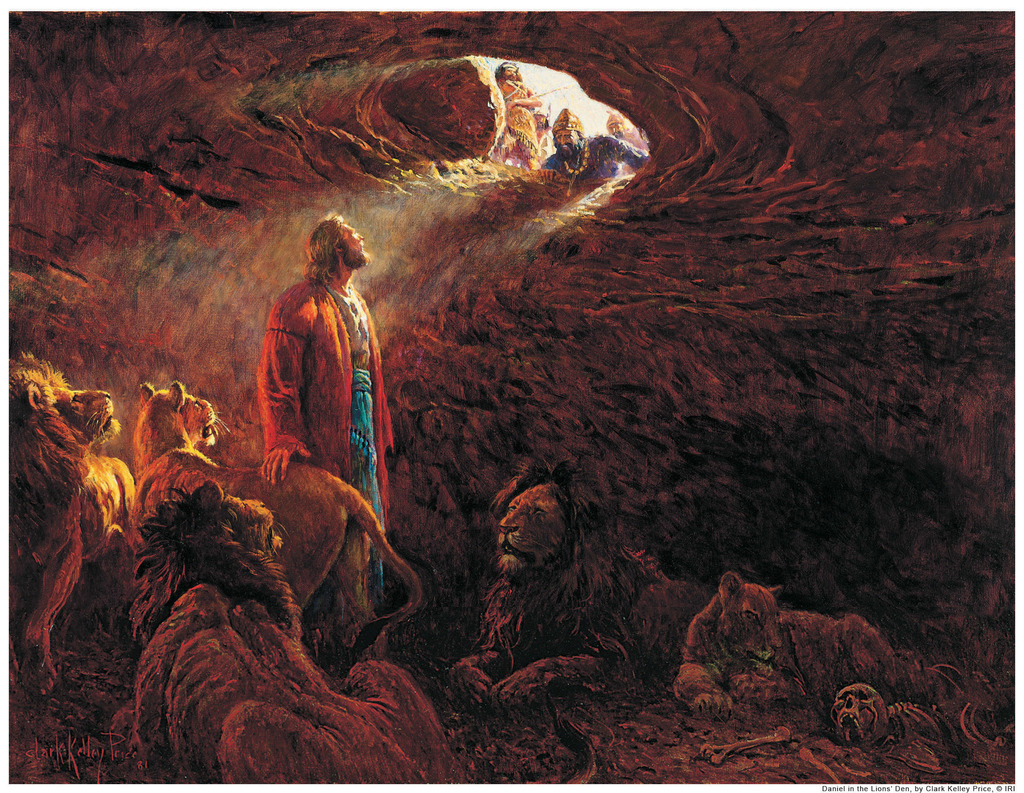 "It pleased Darius to appoint 120 satraps to rule throughout the kingdom, with three administrators over them, one of whom was Daniel. The satraps were made accountable to them so that the king might not suffer loss. Now Daniel so distinguished himself among the administrators and the satraps by his exceptional qualities that the king planned to set him over the whole kingdom. At this, the administrators and the satraps tried to find grounds for charges against Daniel in his conduct of government affairs, but they were unable to do so. They could find no corruption in him, because he was trustworthy and neither corrupt nor negligent."

"Finally these men said, "We will never find any basis for charges against this man Daniel unless it has something to do with the law of his God." So the administrators and the satraps went as a group to the king and said: "O King Darius, live forever! The royal administrators, prefects, satraps, advisers and governors have all agreed that the king should issue an edict and enforce the decree that anyone who prays to any god or man during the next thirty days, except to you, O king, shall be thrown into the lions' den. Now, O king, issue the decree and put it in writing so that it cannot be altered - in accordance with the laws of the Medes and Persians [see Ancient Empires - Persia], which cannot be repealed." So King Darius put the decree in writing."

"Now when Daniel learned that the decree had been published, he went home to his upstairs room where the windows opened toward Jerusalem. Three times a day he got down on his knees and Prayed, giving thanks to his God, just as he had done before. Then these men went as a group and found Daniel praying and asking God for help. So they went to the king and spoke to him about his royal decree: "Did you not publish a decree that during the next thirty days anyone who prays to any god or man except to you, O king, would be thrown into the lions' den?"

"The king answered, "The decree stands - in accordance with the laws of the Medes and Persians, which cannot be repealed."

"Then they said to the king, "Daniel, who is one of the exiles from Judah [see Why Babylon?], pays no attention to you, O king, or to the decree you put in writing. He still prays three times a day." When the king heard this, he was greatly distressed; he was determined to rescue Daniel and made every effort until sundown to save him."

"Then the men went as a group to the king and said to him, "Remember, O king, that according to the law of the Medes and Persians no decree or edict that the king issues can be changed."

"So the king gave the order, and they brought Daniel and threw him into the lions' den. The king said to Daniel, "May your God, whom you serve continually, rescue you!"

"A stone was brought and placed over the mouth of the den, and the king sealed it with his own signet ring and with the rings of his nobles, so that Daniel's situation might not be changed. Then the king returned to his palace and spent the night without eating and without any entertainment being brought to him. And he could not sleep."

"At the first light of dawn, the king got up and hurried to the lions' den. When he came near the den, he called to Daniel in an anguished voice, "Daniel, servant of the living God, has your God, whom you serve continually, been able to rescue you from the lions?"

"Daniel answered, "O king, live forever! My God sent His angel [see Your Guardian Angel], and he shut the mouths of the lions. They have not hurt me, because I was found innocent in His sight. Nor have I ever done any wrong before you, O king."

"The king was overjoyed and gave orders to lift Daniel out of the den. And when Daniel was lifted from the den, no wound was found on him, because he had trusted in his God."
(Daniel 6:1-23)

Comment by Sandra on May 30, 2011 at 8:33pm
As always, Manning brings a smile, he sure is a tuff nut... I hope nothing bad happens to him, bet he has lots of private guards to. Thanks Gordon.