PHOENIX – After determining earlier this year there is probable cause to suspect the document released by the White House as Barack Obama’s birth certificate is a forgery, Maricopa County Sheriff Joe Arpaio said…

Believing His Lies In The Mainstream Media— Obama Is Counting On It!

Believing His Lies In The Mainstream Media—
Obama Is Counting On It!
by Dr. Alan Bates, MD.
Is Bain Capital an albatross around Mitt Romney’s neck?  NOT according to FactCheck.org and other fact checking groups.  Romney is a good example of…
Continue

Agenda 21 treaty on the horizon

Agenda 21 treaty on the horizon
By Henry Lamb

Leftwing Media Refuse To Vet Anti-American Obama ---- (But Andrew Breitbart Will—Even In Death!)
by Dr. Alan Bates, MD.
Before I begin,   I want to express my sadness, shock and great disappointment at the sudden death of a great young American patriot,  Andrew Breitbart,  whose career objective was to  expose the lies, lack of ethics and criminality of the radical Left…
Continue

Aren't our priorities mixed up???

How Obama learned to manufacture the ‘truth’

It doesn’t matter what is true, it only matters what people believe is true...You are what the media define you to be.

How Obama learned to manufacture the ‘truth’

As I walked through Washington, D.C. Ronald Reagan National Airport Terminal C on my way to the gate, a large electronic billboard caught my attention. It was so large that my cell camera could not capture the entire surface. It was a touch screen with…

The major media belongs to the Obama syndicate

The Love And Limits of Liberty

The Love And Limits of Liberty

One of the most universal desires of the human heart is the wish to be free. Revolutions are fomented by that desire. Wars are fought to gain, retain and protect freedom. The revolutions in Egypt and Libya, and the bloody struggle… 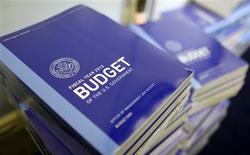 Just a Taste of a Second Obama Term

A vote for Barack Obama is a vote against God

Just a Taste of a Second Obama Term


First, he came for the General Motors bondholders, but the religious leaders were not GM…
Continue

“Romney is Conservative” is an Oxymoron

“Romney is Conservative” is an Oxymoron
by Colonel Bob Pappas, USMC,…
Continue

In his New York Times bestselling book, Throw Them All Out, Breitbart editor Peter Schweizer revealed how members of Congress enrich themselves and their relatives using earmarks and insider information. Now, the Washington Post, following in Schweizer’s footsteps, has conducted a study that found…

Here's the list of the 75 Senators who voted to allow 30,000 drones to shoot Americans in the Streets

Here's the list of the 75 Senators who voted to allow 30,000 drones to shoot Americans in the Streets

The House and Senate voted for the passage of the FAA bill that funds 30,000 drones to surveil Americans knowing that the majority are to be armed initially with shotgun tasers. Two Americans a week die from tasers so these are lethal weapons. But these drones can easily be equipped with machine guns and rockets. I decided to…

Russian nuclear submarine as omen­Will U. S. continue to disarm

A global darkness threatens, and the mass media is leaving American people uninformed and tragically vulnerable

Russian nuclear submarine as omen­Will U. S. continue to disarm

The world is…
Continue

Is Speaker Boehner making a deal with the Obama Administration to stop Fast & Furious?

Is Speaker Boehner making a deal with the Obama Administration to stop Fast & Furious?

Faith/Pro-Life Leaders to Challenge Mandate by Praying and Risking Arrest in Front of the WH URL Source:…