While negotiating with any

Hitler, Stalin and Mao were all 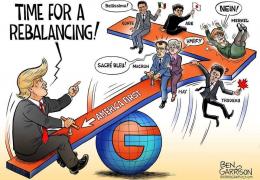 How Communist inspired
AGITPROP
has poisoned our Culture RED and BLACK
are the Communist Colors 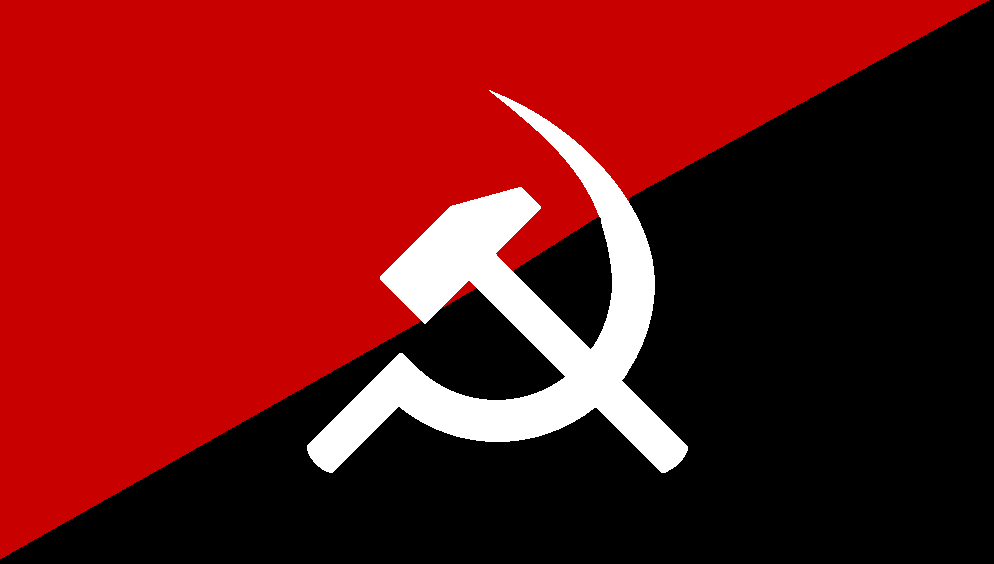 “For the love of money is a root of all kinds of evils. It is through this craving
that some have wandered away from the faith and pierced themselves.”
- 1 Timothy 6 : 10

Which of the following is, in fact, TRUE?

1. “Money is the root of all evil” - No, this is a bastardization of the Word. Timothy said “..the LOVE of money is evil. Money, like Guns, don't have a brain...they can be used for good or evil, depending on who owns them.

Communists spread this lie because they want you to hate Capitalism. Is your hard-earned money evil?

2. “Guns are deadly” - Another LIE: ”...guns don’t kill people, PEOPLE use guns to kill other people...it’s called “Murder”. When's the last time you saw a gun on trial? Tyrants fear, and hate the Second Amendment, as they should. If a Tyrant demands your guns, give them all your ammo, first. What's YOUR Liberty worth?

3. “ YOU’RE A RACIST!!! ” - If you are against illegal immigration, you’re branded a “Racist”. Don't fall for it. LITERALLY. Borders define a Nation, and it's sovereignty. Keep your Nation, intact.

4. “Bridges, not Borders” - ...a mindless phrase designed to SHAME YOU into SILENCE.. I'd trade a BRIDGE, for a long TALL WALL, any day.

5. “Abortion is a matter of personal Choice” - 40,000,000 people ( Girls and Boys ) have been slaughtered because 40,000,000 women believe this. If that's not CHILD ABUSE then,  there is no such thing as child abuse. The American Communists keep screeching about protecting "the children" to justify State power over Parental Rights.

No baby "chooses" to die.

6. “Men are Animals” - The 40,000,000 women (above) believe that, also. Just another attempt to "sissyfy" men. Would an army of women overwhelm an army of men? Is there a "sissy" brigade in the military? Did your Mother marry a Charlene, not Charles? ( Can your Mom and Charlene conceive?) ...and a lot of those women wish they were men.

7. “All mankind came from Apes” - Darwin said that. HE should LOSE HIS JOB...( you know, like Roseanne did.) Liberal School Boards force this THEORY on our children, teaching it as fact, routinely.

8. “Global Warming is an Inconvenient Truth” - Al Gore is still harping on this. He’s still a Communist, too, but with ten houses and a private jet, he's really an "Earth-Hating Capitalist" ..that's what they call us for being for drilling for oil, building, manufacturing, and other constructive progress..

8 1/2.  " M S 13 Gang members are Human Beings"  NO, animal don't kill for sport....If Trump says they're animals, they're ANIMALS. He's the President...more accurate than Darwin, who called us all APES!

10. “The Pen is Mightier than the Sword” - I hope I’ve influenced y'all with these written words, NOT A SWORD.

and YOUR values under attack.

Do you value them?

...or have you already surrendered? 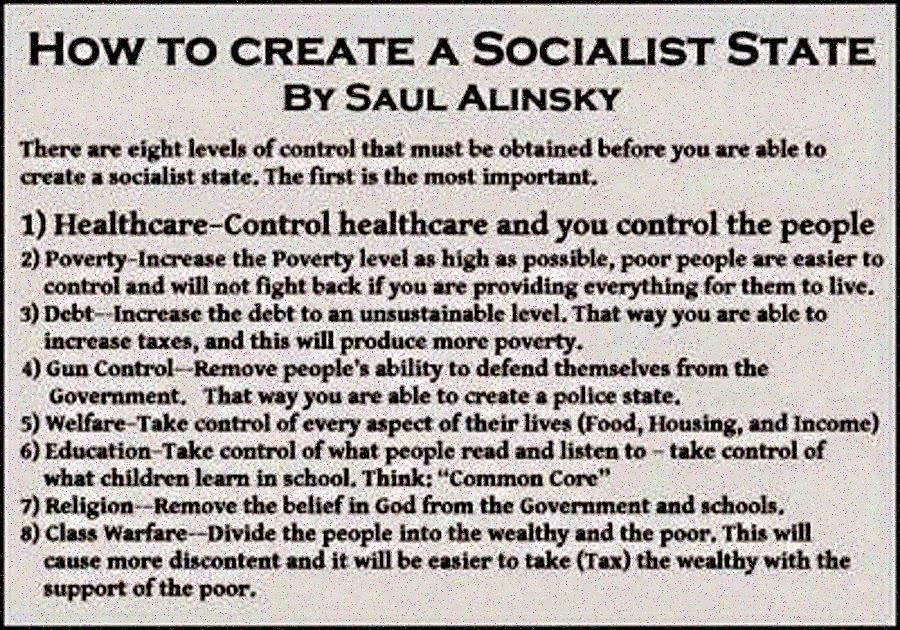 There are many, many more examples of the “twisting” of our language

designed to weaken us and to drive a Communist agenda "forward".

Don't FALL for it ...LITERALLY.

Remember, if y'all fall 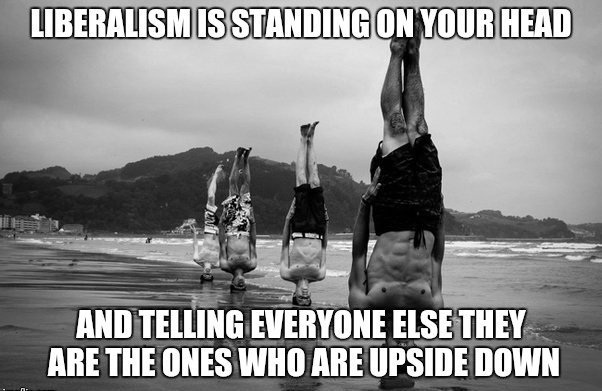 What can you, the Reader, add to the above list?

then, for a more detailed

But a lot of homeschooling parents use virtual schools and they will be encountering the same textbooks! Homeschoolers in Florida are required to take the same end of course exams and FAS exams. Many private schools also take these exams. So everyone needs to be aware of the problems. This younger generation reads the communist manifesto as a document and without any context of what reality was, the document presents a utopian society where everyone is equal. If a parent homeschools and has NO understanding of communism because they didn't live through it either, then they can't put the manifesto into context with communist Russia reality. We understand, we lived it. We watched as the Russian Olympic athletes defected before our eyes and the danger they went through to do it. I've repeated that story to my family as we sat together. Parents and kids are so absorbed with their phones and electronics that they don't communicate or even eat together.

Not all kids are learning wrong! https://www.youtube.com/watch?v=fi-GGgsjkqs

Watch the video and then read the comment below the video! ( This was a fun assignment that gives the overall message on the Cold War. Reagan was not purposely left out!)

Homeschooling skyrockets as more parents get fed up with Left-wing ...

It's not even liberal school boards. ALL textbooks are going electronic so the book is changed to a newer version EVERY year through the company without anyone reviewing that the content changed! The text changes in EVERY student's laptop automatically with a Pearson, or whatever company is being used, update and voila the bias is added! There was recently a US History textbook for high school that Drudge linked to that showed text that was outrageously biased against Reagan, Trump and even conservatism. BUT when school districts bought that online version a few years ago, it was not biased and was approved for use in AP US History in Orange County FL school system. YET as the version has self updated, the propaganda has been added. and the county and state will not review that book for several years. Teachers probably don't even realize the changes because the books didn't change from edition to edition when they were hard textbooks except to add in the more recent historical events leaving the old text the same. So many teachers would not even realize that the publishers snuck this in. Also parents would see their child's textbook lying around and pick it up and skim it. Now the student has a personal laptop that they carry around so who actually goes into their child's laptop to look? So nobody is reviewing all the textbooks and ANYTHING can be put in and it is most likely after an assignment produces weird answers  about Reagan or Trump or another part of history that the red flag goes up and someone goes and reads the online text and sees the changes that are indoctrinating their children and influencing their views. The parents and teachers are the only filters to teach their kids to recognize bias. How many parents watch what their kids are learning in high school or even the lower grades especially now that everything is electronic? And the ultimate goal is to end teachers in the classroom and then there will be nothing but a student and a textbook that can bias them without any barriers! In orange County Public Schools each student was told to keep their laptops this summer to do learning modules at home WITHOUT a teacher. What is in the modules, who wrote them and what do they teach? NOT one news station or parent questioned this! I walked in Walmart supercenter last week and they had changed the aisles that used to be full service checkout to self checkout lanes. There were only 4 lanes for full service checkout and NOT ONE person was speaking up saying you just took away people's jobs! The customers were all good little robots who got in line at a self checkout lane and self processed their orders. No wonder Walmart is paying their employees $2 more, they just reduced their staff by huge numbers! First they got us comfortable with a few self checkout lanes and then they expanded it and no one blinked an eye! First get parents, students, the public etc comfortable with an innocent laptop and then slowly expand and change the materials presented and reduce the actual teaching by the teacher and eventually in a few years they won't even need a school, teacher and a student can sit anywhere and learn off the laptop. AND the materials can be adjusted to anything without anyone standing up and saying NO! Who in Orlando has even stood up as this Pearson book has changed to say NO???? Trump is great but his idea to keep school issues local will not work! I have started calling the people running for school board and the only person to call me back runs a data type business and has already gotten her stuff into 65 schools and her angle is to do more of this to increase learning. So she supports data mining the kids and relying on computer programs to fix the problems because she can push her business to solve the problems! The other 2 candidates won't even call back! Everyone hates teachers, teachers can deviate from a biased textbook and teach kids to think for themselves, teachers require a large paycheck and benefits that increase taxes and make people hate legislators, schools are now unsafe and require HUGE money for security etc. Teachers WILL be gone and replaced by computers that WILL teach the agenda and no side will complain! Jeb Bush and the Republican governor's assoc. along with the left and Obama have put all the pieces in place to get to this end result and just like Walmart NO ONE is standing up to say NO!