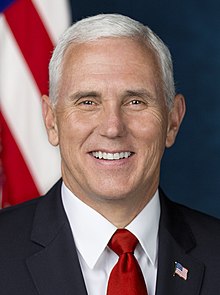 In my hand are envelopes purporting to contain electoral votes from Georgia.  They are competing for consideration, so it is essential that I consider the law that governs this.  That law, according to the Legislature of Georgia and Article II, Section 1 of the U.S. Constitution is the Georgia statute that includes procedures for signature-matching on absentee ballots, a requirement that all absentee ballots be first requested by a legitimate voter, and that election monitors be meaningfully present at all times while votes were counted.

Therefore, the chair rules that Georgia has not transmitted the votes of any presidential electors to this body.  Georgia presents zero votes for Donald Trump and zero votes for Joseph Biden.

PLEASE read this article and then contact the Vice President at https://twitter.com/VP with words of encouragement and support for his actions on January 6th. Ask him as presiding officer for that day's joint session of Congress to rule in support of the Constitution and its provisions for the House and Senate's handling a contested election nightmare such as this. Interesting analysis. So, the requirement for a "majority of votes" refers to the majority of electoral votes deemed lawful by the President of Senate. Some believe that if a candidate doesn't command at least 270 electoral votes during the count, then the House must, by State delegation, vote for the President. Apparently not, judging from this post.