First he comes for the banks and health care, uses the IRS to go after critics, politicizes the Justice Department, spies on journalists, tries to curb religious freedom, slashes the military, throws open the borders, doubles the debt and nationalizes the Internet.

He lies to the public, ignores the Constitution, inflames race relations and urges Latinos to punish Republican “enemies.” He abandons our ­allies, appeases tyrants, coddles ­adversaries and uses the Crusades as an excuse for inaction as Islamist terrorists slaughter their way across the Mideast.

Barack Obama’s promise to transform America was too modest. He is transforming the whole world before our eyes. Do you see it yet?

Against the backdrop of the tsunami of trouble he has unleashed, Obama’s pledge to “reassess” America’s relationship with Israel cannot be taken lightly. Already paving the way for an Iranian nuke, he is hinting he’ll also let the other anti-Semites at Turtle Bay have their way. That could mean American support for punitive Security Council resolutions or for Palestinian statehood initiatives. It could mean both, or something worse.

Whatever form the punishment takes, it will aim to teach Bibi Netanyahu never again to upstage him. And to teach Israeli voters never again to elect somebody Obama doesn’t like.

Apologists and wishful thinkers, including some Jews, insist Obama real­izes that the special relationship between Israel and the United States must prevail and that allowing too much daylight between friends will encourage enemies.

Those people are slow learners, or, more dangerously, deny-ists.

If Obama’s six years in office teach us anything, it is that he is impervious to appeals to good sense. Quite the contrary. Even respectful suggestions from supporters that he behave in the traditions of American presidents fill him with angry determination to do it his way.

For Israel, the consequences will be intended. Those who make excuses for Obama’s policy failures — naive, bad advice, bad luck — have not come to grips with his dark impulses and deep-seated rage.

His visceral dislike for Netanyahu is genuine, but also serves as a convenient fig leaf for his visceral dislike of Israel. The fact that it’s personal with Netanyahu doesn’t explain six years of trying to bully Israelis into signing a suicide pact with Muslims bent on destroying them. Netanyahu’s only sin is that he puts his nation’s security first and refuses to knuckle ­under to Obama’s endless demands for unilateral concessions.

That refusal is now the excuse to act against Israel. Consider that, for all the upheaval around the world, the president rarely has a cross word for, let alone an open dispute with, any other foreign leader. He calls Great Britain’s David Cameron “bro” and praised Egypt’s Muslim Brotherhood president, Mohammed Morsi, who had called Zionists, “the descendants of apes and pigs.”

Obama asked Vladimir Putin for patience, promising “more flexibility” after the 2012 election, a genuflection that earned him Russian aggression. His Asian pivot was a head fake, and China is exploiting the vacuum. None of those leaders has gotten the Netanyahu treatment, which included his being forced to use the White House back door on one trip, and the cold shoulder on another.

It is a clear and glaring double standard.

Most troubling is Obama’s bended-knee deference to Iran’s Supreme Leader, which has been repaid with “Death to America” and “Death to Israel” demonstrations in Tehran and expanded Iranian military action in other countries.

The courtship reached the height of absurdity last week, when Obama wished Iranians a happy Persian new year by equating Republican critics of his nuclear deal with the resistance of theocratic hard-liners, saying both “oppose a diplomatic solution.” That is a damnable slur given that a top American military official estimates that Iranian weapons, proxies and trainers killed 1,500 US soldiers in Iraq and Afghanistan. Who in their right mind would trust such an evil regime with a nuke?

Yet Netanyahu, the leader of our only reliable ally in the region, is ­repeatedly singled out for abuse. He alone is the target of an orchestrated attempt to defeat him at the polls, with Obama political operatives, funded in part by American taxpayers, working to elect his opponent.

They failed and Netanyahu prevailed because Israelis see him as their best bet to protect them. Their choice was wise, but they better buckle up because it’s Israel’s turn to face the wrath of Obama. 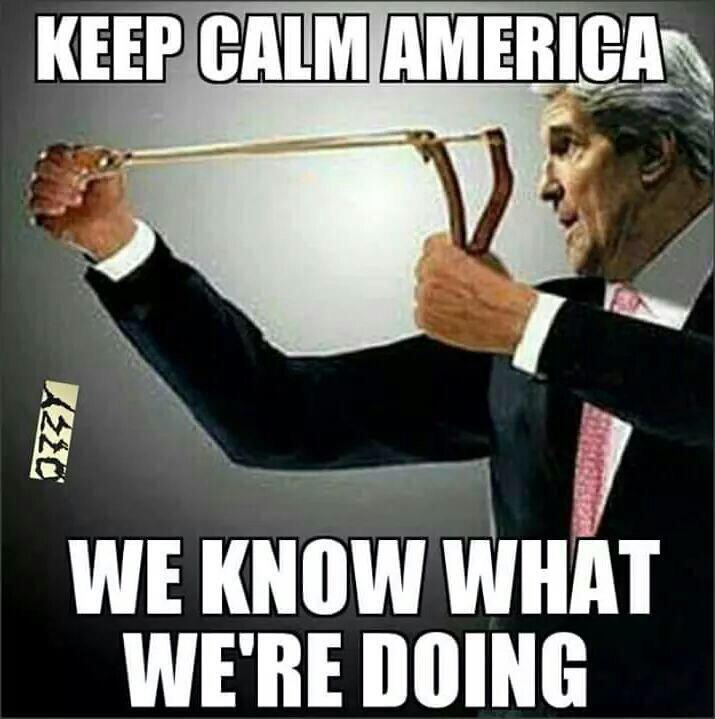 GENEVA (Reuters) - The United States will not take the floor at the main U.N. human rights forum on Monday during the annual debate on violations committed in the Palestinian territories, a U.S. spokesman told Reuters.

The step, which is unprecedented at the 47-member state forum where Washington unfailingly defends Israel, follows signals that the Obama administration is undertaking a "reassessment" of relations with the Jewish state.

"The U.S. delegation will not be speaking about Palestine today," a U.S. spokesman in Geneva told Reuters in response to a query as the debate began. He declined further comment.

Israeli Prime Minister Benjamin Netanyahu's allies acknowledged on Sunday that his election-eve disavowal of a Palestinian state had caused a rift with the White House, but blamed U.S. President Barack Obama's unprecedented criticism on a misunderstanding.

Un believable how "in your face" a tyrant gets when he's been made a fool of.

Obama is that fool.

We are not in control and the last 20 or 30 yrs. proves it.  Israel will fall, it is in the Bible and the usa is not mentioned.  hussein obama will be the isil leader of the usa in the usa.