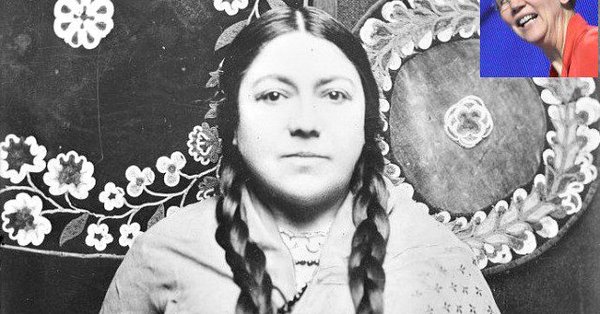 Elizabeth Warren Was Celebrated as

In 1993, the Harvard Crimson reported that the “Law School faculty voted yesterday to offer a tenured position to Visiting Professor of Law Elizabeth Warren. ”The article goes on to celebrate that this hiring “marks an advance in the student and faculty effort to improve faculty diversity[.]”

Warren began teaching at Harvard in 1995. Then…

In 1995, an article in the Harvard Crimson celebrated Warren as “Native American.”

Although the conventional wisdom among students and faculty is that the Law School faculty includes no minority women, Chmura said Professor of Law Elizabeth Warren is Native American.

In response to criticism of the current administration, Chmura pointed to “good progress in recent years.”

According to Chmura, of the 21 professors appointed since 1989, 10 were women or minorities. In addition, all three of last year’s appointees were women.

On top of this, there is also a 1999 Affirmative Action Plan Book published by Harvard that appears to identify Warren as Native American. Her name is not listed, but it could not possibly be anyone else.

This document is important because, as Breitbart News reported at the time, “Harvard is considered a federal contractor, its employment practices fall under the regulation of the Department of Labor’s Office of Federal Contract Compliance Programs (OFCCP).”

This compliance program “requires “a contractor, as a condition of having a federal contract, to engage in a self-analysis for the purpose of discovering any barriers to equal employment opportunity.”

A mere 13 years later, though, during her first run for the U.S. Senate, Warren claimed she had no idea she was being celebrated by her employers as the “first woman of color” or how in the world the school discovered she self-identified as “Native American.”

But the far-left Politico reported in 2012 that “for several years, ending in 1995” Warren “described herself as a minority on a law professors’ listing[.]”

The Boston Globe, a left-wing news outlet that basically works as a campaign surrogate for Warren, reported Monday that during “her academic career as a law professor, she had her ethnicity changed from white to Native American at the University of Pennsylvania Law School.”

Warren also did the same at “Harvard University Law School, where she was a tenured faculty member starting in 1995.”

On top of all that, back in 1984, Warren not only appeared to plagiarize a recipe for a cookbook titled Pow Wow Chow, she signed her name, “Elizabeth Warren — Cherokee.”

So here is Warren, between 1984 and 1995, parading around as a Native American, as a Cherokee, and doing so in the most public ways possible — in books and in school directories. But in 2012, she says she has no idea how her employers discovered she identified as American Indian or that she was even being celebrated by Harvard as an all-important first in the Diversity Olympics.

And now we know, thanks to numerous documents discovered over the years and a DNA test released Monday, that it was all a lie.

Warren’s DNA test proves she is no more Native than the average white American. In fact, there is a good chance she is even less so. While the average American has .18 percent Native ancestry, Warren could be as low as .1 percent or only as high as a pathetic 1.6 percent.

Moreover, Warren’s DNA was not even compared to Native samples. DNA from Mexico, Peru, and Colombia were used instead. What this means is that Warren might be 1/64 to 1/1024 Mesoamerican, not Indian.

Warren claims family lore convinced her she is Cherokee, but even those claims have proven to be lies.

To begin with, some members of her family vehemently deny any talk of Indian ancestry in the family.

Secondly, and with all the evidence proving the exact opposite, Warren still stands by her claim that her parents were forced to elope due to family strife over her mother being Indian. The only problem with this is that a marriage certificate and contemporaneous news stories show that Warren’s parents were married at a church and the wedding was celebrated in the community.

Finally, Warren points to her great-great-great grandmother as Cherokee, but contemporaneous documents prove this ancestor identified as “white.”

Meanwhile, the same media that spent most of last week questioning Kanye West’s blackness, are now defending a woman — who is anywhere from 63/64 to 1023/1024 white — as vindicated in her identity theft, even as the Cherokee Nation disavows her.

This bitch is a flaming liar,

thief and a fake, phony fraud 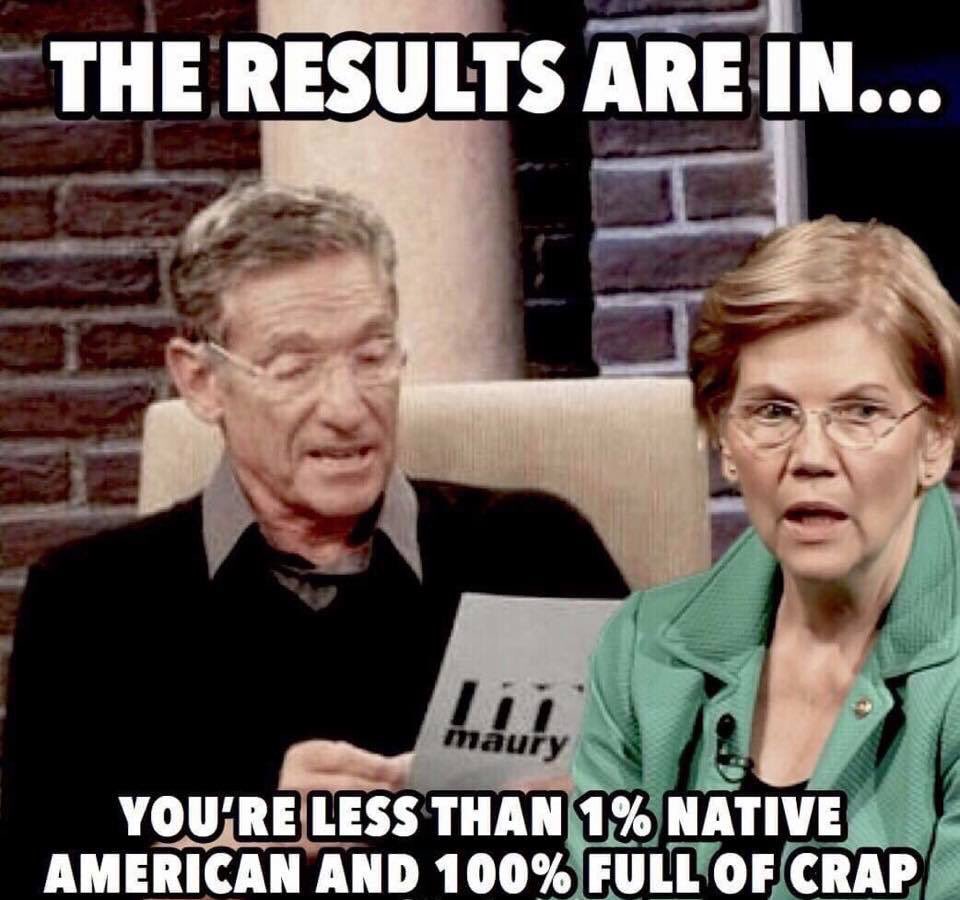 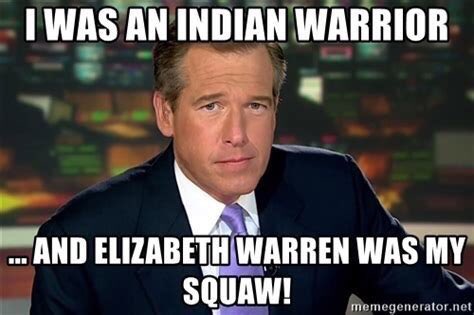 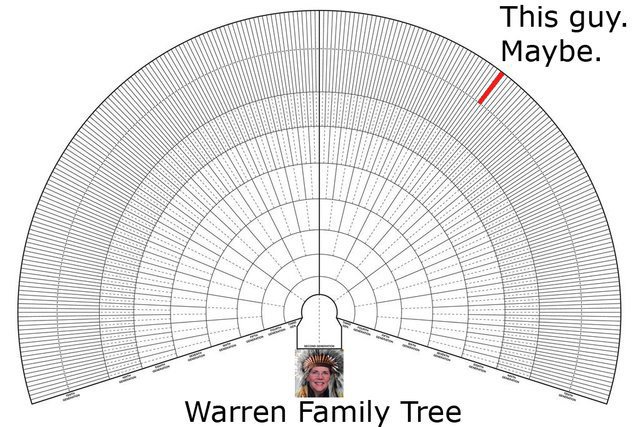 Squaw woman steals from others..." That's more smoke in them hills then native American DNA in that body!!!!!

Thanks for the laugh Raya!!!!! I needed that!

I tried to call Warren's offices but they are too scared to answer. My question - My child is applying to Harvard. My great grandmother's name is Sue so my great grandfather slept with Sue so can we check off the native American box on the application because we are from Sue (Sioux)??????????????????

The game Trump plays the best - give them enough rope and they hang themselves! One of my dad's favorite sayings!