This morning I report to you with heavy heart. A day that started out so beautifully, as you know all too well by now, ended in unmitigated disaster.

Late last night, I wrote, “I will likely edit this in the morning, but unlike many Fake News pundits, I was actually there.”

I most certainly will do that- but I tried, before finally succumbing to my exhausted body, to describe what I experienced at the massive rally yesterday.

I will NEVER condone civil violence- not now, not ever. Rather, like the celebrated American philosopher Henry David Thoreau, I believe in Civil Disobedience- which is just that: "CIVIL."

Yes, what we, the TRUE Patriots present, witnessed in Washington, DC yesterday in regard to the criminal invasion of the interior of the Capitol was in a word “horrifying.”

Nevertheless, there is another side to the story.

As you can see, the attached photo was early on- and not much happening. Too late to make the White House gathering, I headed straight to the Capitol with my friends John and Tim.

As the day progressed, I had an uneasy feeling. Soon after we arrived, a loud and unsavory column of protestors marched past us on the extreme right. They seemed out of place- not the usual Trump crowd. To the best of my knowledge, that group of at least a hundred took their place along the security fence between the Capitol and the pond you see in the foreground of the attached photo.

After a while, we took a walk nearer the Capitol and stopped to listen to President Trump speak via a Bluetooth speaker atop a red pickup. As I saw more people gathering along that flimsy security fence, I turned to John and said, "If there's going to be any trouble, that's where it will be."

We then fell back to our original position behind the pond- which made a nice barrier between us and any possible mayhem.

Before long, the crowd gathering along the fence pushed it over and rushed onto the grass behind it. There were virtually no Security personnel present- and as time went on, people started gathering upon the side of the building. There was a lot of flag waving and a little noise, but nothing alarming- other than the obvious lack of Security.

We soon received news, however, that some malicious protestors had entered the building. We then saw a video on John's phone of two white men smashing windows. Déjà vu! Exactly like the two instigating goons in a video I remembered who were smashing their way into one of the looted stores in Seattle!

I believe that this was well planned- a false flag of sorts. Can't prove it- but I did expect trouble near the building.

I wrote on Monday, "Regarding the planned gatherings in Washington, DC on Tuesday and Wednesday, I would not recommend bringing young children- as I witnessed during the wonderful 'Stop the Steal' event I attended last November. Nor would I recommend anyone attending whose health or mobility is challenged by age or other medical considerations. Myself, I plan on being there- but I really DON'T know what to expect this time."

And as you know, a Veteran was tragically shot to death, three others killed- and many others were injured, including 14 police officers.

Of course, according to MSM, President Trump is to blame for all this- and the “piling on” continues this morning.

As we “behind the pond” witnessed the emerging mayhem progress from our distant vantage point (mainly on our cell phones, by the way), there were rowdy radicals attempting to incite us to join the violent mob.

One man in particular (white, clean shaven and relatively well dressed) chided us for “sitting on (our) asses” and not joining the fray. The man, in my sober and honest estimation, was seriously evil.

In addition, while the worst was apparently transpiring within the Capitol, two bearded unkempt individuals waded into the middle of the pond waving their flags- a scene reminiscent of a Confederate charge in the Great Civil War.

What I am trying to tell you is simply this! Something ELSE was happening yesterday aside from a Trump rally- something violently sinister. I can only hope the truth will eventually come to light.

Finally, a few other observations.

For the last few years we have seen the Capitol building, especially the House of Representatives, being used as a stage for hoax after hoax more appropriate for a Banana Republic. THAT pollution of the People’s House, was in itself an affront to human decency.

Do I think the election was stolen? Unfortunately, yes. Also on the list of “stolen” items in 2020 are massive loss of life, vanished fortunes and livelihoods and our outrageously suppressed civil rights.

Plenty of blame to go around this morning- and the truth will eventually come forth.

In my heart, I feel “soon to be” President Biden will never be accepted by over 70 million Americans. Nevertheless, continued violence is NOT the answer.

Moreover, those same 70 million plus Americans have lost faith in our legal system- clear up to Chief Justice John Roberts. There is also a widespread opinion across America that the Biden family is in fact a criminal enterprise. Add to this the unforgettable violent chaos more appropriate for a Banana Republic that we witnessed in 2020.

No, I am not filled with optimism at this frightful juncture- and for sure, civil violence cannot be tolerated. I pray that somehow Almighty God will heal America- and truth will eventually triumph.

Please take a deep breath, America. Keep praying- and MOST ESPECIALLY, take care of your precious families as best you are able. 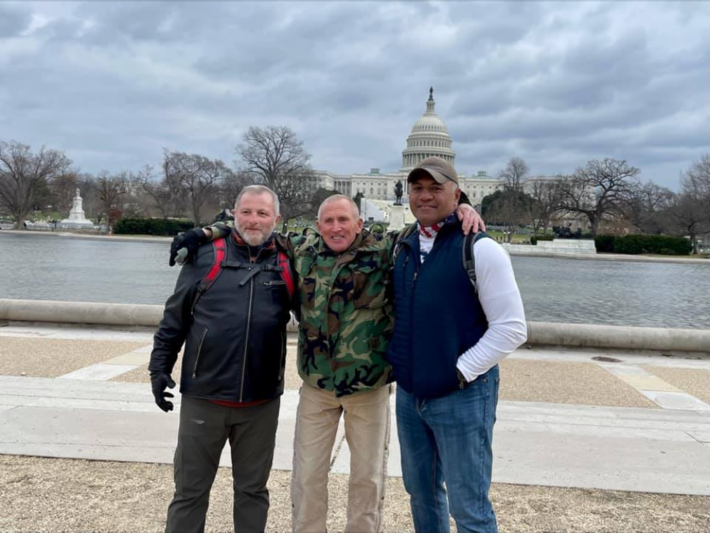