Currency is Not Real Money 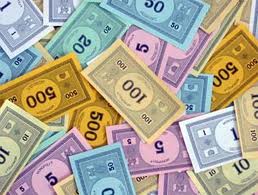 Currency is paper that represents a debt, while money is a token that represents wealth. When paper is used as money the people that use it are debtors and those that print it are the creditors. Governments and bankers love paper money because it allows them to control the lives, liberty and property of the people.

There are just two ways to enslave a man or a nation. One is with the sword and the other is with debt. When a man borrows becomes the slave to the lender and voluntarily surrenders his status as a free man. The financial institutions that control the issuance of our nation's currency have turned a nation of free men and women into perpetual debt slaves.

The colonies were virtually bankrupt at the conclusion of the Revolutionary War and in order to stay afloat financially, the framers of the Constitution agreed to pay all debts with gold. The problems was that the fledgling nation did not have the gold they needed to pay the debt, so they had to borrow the gold from the nations that did. They also had to borrow gold to from the International Bankers to pay the interest on the debt.

If there was no international debt, no gold would be needed to pay off the debt that did not exist.

Financing the nation by borrowing money stripped the colonies of their status as independent nations and returned them to colonial status under the British Crown. Instead of being free and independent souls living on the land we became subjects of the British Monarchy.

The Constitution does not tell the people what we can and can not do. It is a document that governs the government. As free and independent individuals we have a right to contract with one another for the goods and services we want. If a buyer is willing to accept a basket of fish for a bushel of apples they have a right to make the exchange. If a buyer is willing to accept a hour of a man's labor for loaf of bread, the government has not right to interfere with their transaction.

Money is a representation of wealth, It is the product of a man's time, talent and ingenuity. If a man wants more money all he needs to do is produce more of the things that other people want. In this way the creator of the money is free to accumulate as much or as little wealth as they desire. When we rely on the banks and governments to issue the money, it will always be distributed to the few at the expense of the many.

When a man becomes an employee, he trades his liberty for currency and becomes an indentured servant. When another man controls your time, talent and creative capacity, he is the master and you are the slave.

There are politicians about to apply a tax on transactions between you and I.

Money is whatever a buyer and a seller agree on. You and I both have a right to contract and if I offer you a sack potatoes for an hour of your labor the government has no right to interfere with the transaction. The Constitution defines what it can use to pay its debt, but it does not tell the people what they can use in order to engage in commerce.

We the People were once told we could not own gold.

Then we were told we could.

The dollar was once pegged to the value of gold.

The dollar is no longer pegged to anything except what our government tells us.

Flea markets have sprung up in big numbers recently.

They will not replace Walmart

When money is loaned collateral is needed to secure the note. Gold is a commodity that is the Internationally accepted form of collateral. In order to remain free, a man or a nation must stay out of debt. A debtor is always a slave to the lender.