Hope all is well... I have a very limited time on the internet these days because I have been busy working locally in person on  building relationships, participating in outreach, connecting with people, building coalitions, finding, vetting, supporting candidates, educating voters on the upcoming 1% Sarasota Surtax Referendum (3/25 ballot), N(ext) G(eneration) S(unshine) S(tate) S(tandards), formerly C(ommon) C(ore) and Art. V (I know, I know, a lot of patriots are against this strategy... to each his own, short of a revolution (which I am NOT advocating), I don't see how abiding by the Constitution is going to change the path we are on... and kicking the can down the road leads to the inevitable precipice...) but I am preaching to the choir...

GOP conservative candidates only; RINOs; I/ L or NP; -or- NOT voting" 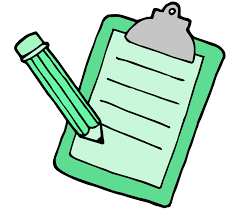 Assuming that, as a Real Conservative, you have vetted all candidates, you are a registered Republican:

If the primary election were today, would you

If the election were today, would you:

or, commit national suicide and

To date, eight states have joined the Health Care Compact (Oklahoma, Alabama, Georgia, Indiana, Missouri, South Carolina, Texas, and Utah), and legislation has either passed the state legislature or is being considered in 12 additional states.

Florida's bill died in committee 2012.
Interstate compacts are governing tools that have been used on more than 200 occasions to establish agreements between and among states. Mentioned in Article 1, Section 10 of the Constitution, compacts are constitutional instruments that provide authority and flexibility to the states for administering government programs without federal interference. Congressional consent is required for states to enter into a legally binding compact.
Now is the time, the momentum is building.
Contact the members of the Florida Senate Heath Policy Committee and tell them to support the Healthcare Compact.
Go to this link, click on a committee member, and email or call:
http://www.flsenate.gov/Committees/Show/HP/

For more information about the Healthcare Compact:
http://www.healthcarecompact.org/
.
.
.
.

Over seven in 10 Obama voters, and 55 percent of Democrats, regret voting for President Obama’s reelection in 2012, according to a new Economist/YouGov.com poll.

Conducted to test the media hype about a comeback by 2012 Republican presidential nominee Mitt Romney, the new poll found voters still uninspired by Romney, but also deeply dissatisfied with Obama who has so far failed to capitalize on his victory over 15 months ago.

The poll asked those who voted for Obama’s reelection a simple question: “Do you regret voting for Barack Obama?”

— 55 percent of Democrats said yes, as did 71 percent of independents.

You make us engage our intellect Helen. Thanks.

We should already be preparing for the upcoming election cycle.

Vetting candidates IS a necessity.

If all We the People are willing to do to save our nation is VOTE, then lets do it with the best information and choices available.