Gloria Alred FORGES ahead ... how noble! 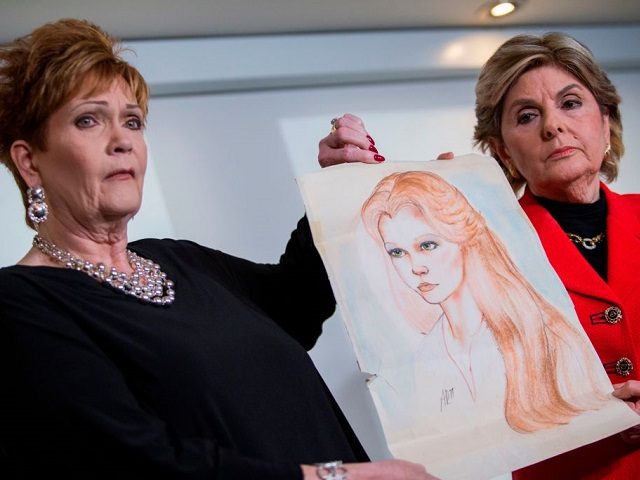 TERMAGANT WOMEN, who defend the murder of innocent babies,

Beverly Young Nelson has finally admitted that she forged a portion of the infamous high school yearbook that she and attorney Gloria Allred used as proof of her accusations against U.S. Senate candidate Roy Moore.

And in yet another blow to the credibility of ABC News, the disgraced, left-wing network downplayed the bombshell by presenting this admission of forgery as adding “notes” to the inscription. Worse still, the reporter actually coaches Nelson, puts words in her mouth, downplay the enormous significance of her deceit.

“Nelson admits she did make notes to the inscription,” ABC News tells us. “But the message was all Roy Moore.”

“And you made some notes underneath.”

And then, after a woman admits to forging a document used in a campaign to destroy the Republican nominee for the U.S. Senate in Alabama, ABC News quickly moves on as though it is not news of extraordinary consequence.

Llamas also fails to ask any follow-ups, such as “If the explanation is this simple, why wait all these weeks to offer it?” Or, “Why did you lie?”

Nelson is accusing Moore of attempting to assault her when she was just 16-years-old. With the election just four days away, this admission of forgery could not come at a better time for Moore. Nelson and Allred are planning a news conference Friday, but nothing will overcome the forgery admission.

How can anyone believe anything she says after admitting to such a thing? Early reports are that Nelson and Allred will produce an expert to prove the rest of the yearbook is not a forgery. So a proven forger is bringing in her own expert. What an insult to the people of Alabama.

Another problem with Nelson is that she has a motive to lie and forge: as a circuit judge, Moore ruled against her in a 1999 divorce case.

The Moore campaign has been pressuring Nelson and Allred for weeks to submit the yearbook for independent handwriting analysis. Now everyone knows why that request was rejected and ignored.

One is Leigh Corfman, who claims Moore molested her as a 14-year-old child. She is the most credible of the three, but the narrative behind her story, that Moore’s abuse resulted in Corfman’s living a troubled life of “drinking, drugs, boyfriends, and a suicide attempt,” is directly contradicted by contemporaneous court records.

Moore’s final accuser is Tina Johnson, a woman who claims Moore groped her butt in his office in 1991. But, again, as was the case with Corfman and Nelson, the left-wing media outlets reporting these allegations (the Washington Post, AL.com) either failed to fully vet the accusers or withheld crucial context.

Thanks to New Media’s going behind these discredited outlets to fact check the reporting, we now know that Johnson did not tell the entire truth. She was not in Moore’s office “on business.” If she was in Moore’s office at all, it was due to a bitter custody battle where Moore represented Johnson’s mother, who was trying to gain custody of Johnson’s 12-year-old son based on the claim that Johnson was an “unfit, absent, and unstable mother.”

If the media and the accusers and Gloria Allred told the full truth to begin with, they would all be more credible.

As far as the accusations against Moore involving his wanting to date teenage girls, those are trumped-up charges, utter nonsense. The age of consent in Alabama was and is 16. Moreover, 40 years ago, it was not at all uncommon in the South for a 32-year-old man to seek a much younger bride. So not only did Moore not break the law, he was not violating any social mores.

Women who have been raped, abused, harassed, definitely have a case against their employer, associate,

This years politically motivated "outings" have galvanized the issue into two sides.

Maybe for the first time "politics" will be the driving force for a solution to prescribing a policy where women can file their complaints without fear of losing their jobs or worse.

Should there be a statute of limitations on reporting sexual assaults?

What activity qualifies as sexual assault? What is sexual harassment? What is just inappropriate nasty conversation?

What/ where are the limits?

Can we hear from our members on this?