IMPORTANT,
TRUMP LETTER.
Send this letter to support his FIGHT to WIN,
...use a stamp and envelope no emails.
We must all show Trump we support him !
This is crucial a must do!!.
Please share with all you know
President Donald J. Trump
c/o The White House
1600 Pennsylvania Ave., NW
Washington DC, 20500
Dear Mr. President, My vote is the most envied tangible asset in the world. We the people of the United States of America govern – we are not governed.
Our vote represents our freedom.
On November 3rd, 2020, my vote was not heard at the ballot box. In essence my freedom was taken away. As a shareholder of this nation in which my taxes fund the positions of all elected officials, I have the right to audit all activities funded and driven with my fiscal contributions.
I respectfully request a FULL audit across the nation. All 50 states, not just the contested states. I request a full report to be made public, and all those that violated my interest as a shareholder of this nation be held accountable.
My vote counts. My voice matters. I look to you President Donald J. Trump to honor my request and defend my freedom.
Sincerely,
(me...YOU) 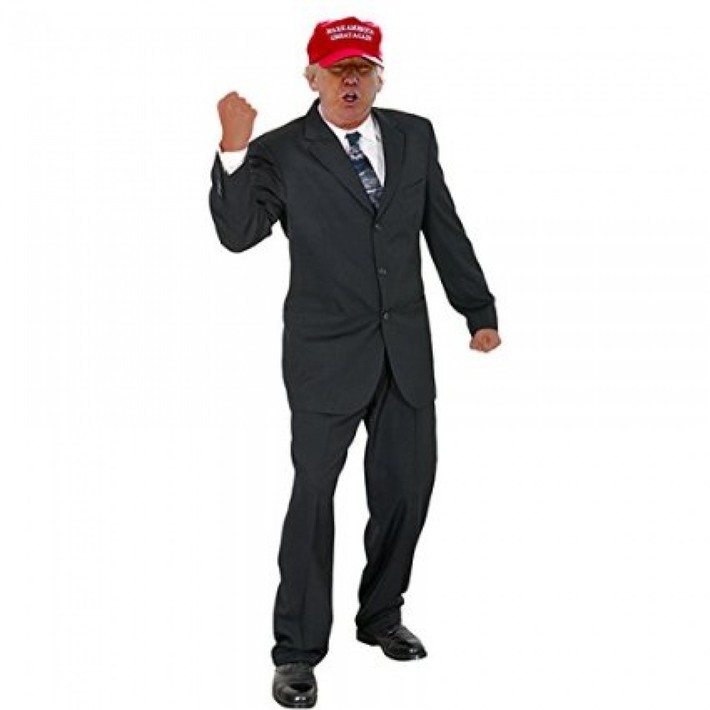 " Never tolerate the criminal theft of your vote! ...

...its what separates tyranny from Liberty"

Take it all the way to

...YOU'LL KNOW IT WAS ENDORSED

WITH THE PRESIDENT'S SIGNATURE

AS IT APPEARS ON YOUR BANK STATEMENT...

Description
This property is no longer available to rent or to buy.
Available Jan 20, 2021
-
Limited time opportunity for DC's most sought-after furnished, temporary residence. As with all #StayAttache properties, this home comes fully furnished and includes all utilities. However, this massive 55,000 sqft residence requires a minimum lease term of 4 years... barring act of Congress.
This 6 story home is zoned both residential and commercial. It features 16 bedrooms, 35 bathrooms, a fitness center and a bowling alley. Those who like to garden can go to work in the 3,000 square foot garden that will see you surrounded by root vegetables, snipers, and photo snapping tourists.
This house is perfect for people who like to entertain. You will have hundreds of visitors wandering the property every day. Greet your closest friends at the grand north entrance and your frenemies at the side entrance. 96 staff members can help you make sure the internet is working and light bulbs are changed regularly as well as meals being prepared. While flying your drone is discouraged, a private plane ( "Air Force One" ) is available for business and family trips.
Property boasts great views of the Washington Monument and Jefferson Memorial.
...schedule a tour!
In lieu of rent, 270 electoral votes can be provided.
Home Details for 1600 Pennsylvania Ave NW 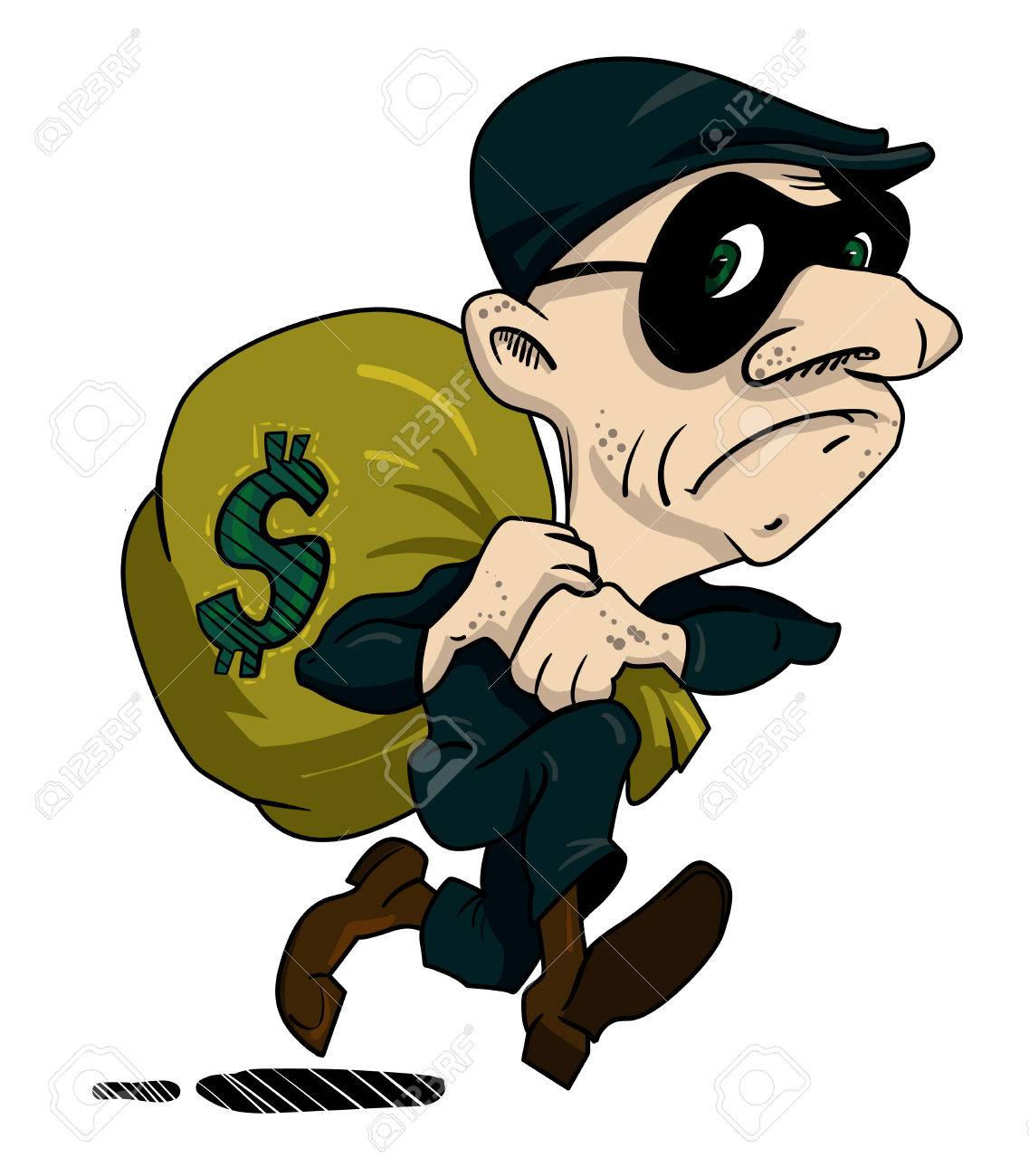 YOUR VOTE, YOUR LIBERTY!

...if you let them get away with this

Sorry, I warned of election integrity issues for a decade, and aggressively since February of this year. I have been an election judge for a decade or more in Minnesota. Your can read a summary of my activities here: IMHO Minnesota Elections are Rigged   Nobody listened. I sent this to the newspapers all over MN and in several surrounding states. I tried to present it at the Wright County, MN Republican Delegate Convention and they stole my materials off my chair and attempted to hide them. There are links in that article to correspondence from Minneapolis Election Board. Read the correspondence yourself.  Instead of the hierarchy of the Election Board and MN Secretary of State investigating my claims, they simply denied it was an issue and aggressively soussght to prevent me from distributing the information to other election judges.... I suspect this is the attitude of all Election Boards across the country... The Progressive Globalist Insurgency runs our country now. RINOs is Republican for Progressive Globalists. Senate Majority Leader is and House Speaker Ryan was a Progressive Globalist RINO....  As they are elected by the members of Congress, this means that more than half the Senate Republicans are Progressive Globalist RINOs and more than half of Republicans in the US House are Progressive Globalist RINOS.  It is time for another "Declaration of Causes" 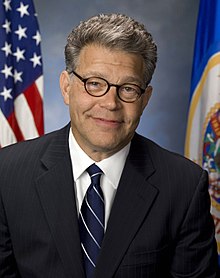 During his campaign, Franken was criticized for advising SNL creator Lorne Michaels on a political sketch ridiculing Senator John McCain's ads attacking Barack Obama in the 2008 presidential election.[63] Coleman's campaign reacted, saying, "Once again, he proves he's more interested in entertainment than service, and ridiculing those with whom he disagrees."[64]

Preliminary reports on election night, November 4, were that Coleman was leading by over 700 votes, but the official results, certified on November 18, 2008, had Coleman leading by only 215 votes. As the two candidates were separated by less than 0.5 percent of the votes cast, the Minnesota Secretary of State, Mark Ritchie, authorized the automatic recount provided for in Minnesota election law. In the recount, ballots and certifying materials were examined by hand, and candidates could file challenges to the legality of ballots or materials for inclusion or exclusion. On January 5, 2009, the Minnesota State Canvassing Board certified the recounted vote totals, with Franken ahead by 225 votes.[65]

Franken at an election rally withHillary Clinton in October 2008

On January 6, 2009, Coleman's campaign filed an election contest, which led to a trial before a three-judge panel.[66] The trial ended on April 7, when the panel ruled that 351 of 387 disputed absentee ballots were incorrectly rejected and ordered them counted. Counting those ballots raised Franken's lead to 312 votes. Coleman appealed to the Minnesota Supreme Court on April 20.[67][68][69] On April 24 the Minnesota Supreme Court agreed to hear the case.[70][71] Oral arguments were conducted on June 1.[70][72]

On June 30, 2009, the Minnesota Supreme Court unanimously rejected Coleman's appeal and said that Franken was entitled to be certified as the winner. Shortly after the court's decision, Coleman conceded.[73] Governor Tim Pawlenty signed Franken's election certificate that evening.[74]

On November 16, 2017, Leeann Tweeden, a talk-radio host, alleged in a blog post and an interview with her radio station, 790 KABC, that Franken forcibly kissed her on a 2006 USO tour during a rehearsal for a skit. She wrote, "I said 'OK' so he would stop badgering me. We did the line leading up to the kiss and then he came at me, put his hand on the back of my head, mashed his lips against mine and aggressively stuck his tongue in my mouth."[117] She said she pushed him away, feeling "disgusted and violated".[117]

During the tour, Franken was also photographed appearing to place his hands above Tweeden's breasts while she was asleep wearing body armor and a helmet.[118] In Franken's defense, CNBC's John Harwood said, "That pic was obviously a joke, not groping, just like LeeAnn Tweeden wrapping her leg around Robin Williams and smacking his butt; entertainment for soldiers deployed overseas is raunchy like that."[119][120] Harwood was referring to video taken of Tweeden "humping" the married comedian Robin Williams on a similar 2004 USO tour.[citation needed]

In response, Franken said, "I certainly don't remember the rehearsal for the skit in the same way, but I send my sincerest apologies to Leeann ... As to the photo, it was clearly intended to be funny but wasn't. I shouldn't have done it."[121] A few hours later, Franken issued a longer apology,[122] which Tweeden accepted.[123]

In the days that followed, seven additional women came forward with allegations of inappropriate behavior during photo ops. Lindsay Menz accused Franken of touching her clothed buttocks while they posed for a photo at the Minnesota State Fair in 2010.[124][125] Two anonymous women made similar complaints related to events during political events.[126] Franken apologized, saying, "I've met tens of thousands of people and taken thousands of photographs, often in crowded and chaotic situations. I'm a warm person; I hug people. I've learned from recent stories that in some of those encounters, I crossed a line for some women—and I know that any number is too many."[127] Another anonymous woman said that after she was a guest on Franken's radio show in 2006, Franken leaned in toward her face during a handshake and gave her "a wet, open-mouthed kiss" on the cheek when she turned away.[128][129] That same day, Stephanie Kemplin, an army veteran, told CNN that Franken held the side of her breast for 5 to 10 seconds "and never moved his hand" while posing for a photograph[130] with her during a 2003 USO tour in Iraq.[131]