ties to top Democrat operatives will SHOCK YOU!

** The so-called “whistleblower” Eric Ciaramella is a Democrat who had a “professional” tie to a 2020 Democrat.

** Ciaramella  coordinated and took guidance from Adam Schiff’s staff and Schiff lied about it.

** Schiff’s staff recommended attorneys for the so called “whistleblower.”

** Ciaramella was kicked out of the White House for leaking negative stories about Donald Trump in 2017.

** Trump-hater Ciaramella was behind the fake story that Putin told Trump to fire Comey — a COMPLETE FAKE NEWS STORY from 2017!

** An attorney for Ciaramella is a member of the #Resistance.

** Ciaramella  worked with Joe Biden in the executive branch when he was Vice President.

** Ciaramella had no problem with the Joe Biden and Hunter Biden’s million dollar pay-for-play scandal with Ukraine.

** Ciaramella traveled with Joe Biden to the Ukraine.

** Ciaramella worked with DNC operative Alexandra Chalupa in the creation of the Trump-Russia collusion hoax.

** A former associate of James Clapper, Charles McCullough, assisted Ciaramella with his complaint against Trump.

** And Adam Schiff’s aides, Abigail Grace and Sean Misko worked with Ciaramella in the White House.

But Eric Ciaramella may have more problems than just hiding his anonymity from the American public.
FOX News legal expert Gregg Jarrett wrote today that Ciaramella, who was mentioned in the Mueller report, may be implicated in the upcoming IG FISA report.

If this information is true, it is possible that this “whistleblower” could be one of the individuals who might need a defense lawyer in the coming weeks when the findings of the FISA report are made public. The reported direct relationship with James Brennan, the “Democratic National Committee operative who dug up dirt on the Trump campaign during the 2016 election,” and Susan Rice makes them a likely candidate to be at the very least called as a witness in the cases that are likely to start following the FISA report. In addition, his area of expertise is reportedly Russia and Ukraine; two of the reported locations where information used in the anti- Trump Russian Dossier was “gathered.” The name that Real Clear Investigations revealed is also listed as a source in one of Robert Mueller’s footnotes in his report.

This means that with the Democrats starting the impeachment inquiry the “whistleblower” may be a witness, or a defendant, in a separate case where real evidence has been produced of criminal wrongdoing. In this case, their feelings, opinions, and rumors that they heard will not be important. The facts and potentially illegal actions that took place to start the witch hunt against President Trump will be concrete evidence that the Democrats and the media will be unable to spin politically.

Wouldn’t it be just perfect if Shifty Schiff’s “whistleblower” Mr. Ciaramella is caught up in the IG FISA investigation? 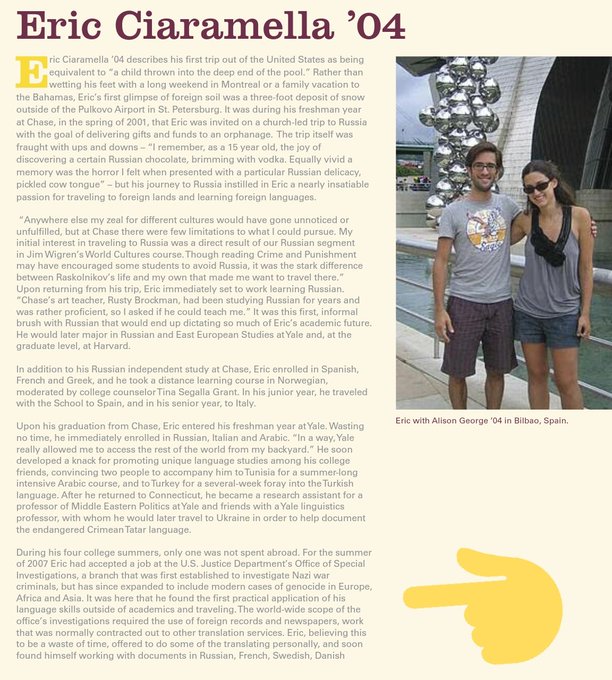 Obviously, the 'deep state' considers the American People to be mouth breathing, knuckle dragging Neanderthals..................While they blatantly break rules and LAWS to reach their goal of impeaching President Trump.

They started planning on the DAY of his Inauguration even BEFORE he took his oath of office [which he has RELIGIOUSLY carried out].

The majority of the American People do NOT want this president to be removed from office....hopefully the vote counts will be reflective of that next year.