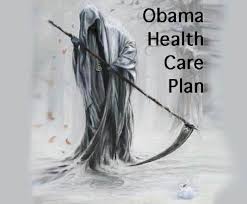 Barack Obama declared victory this week as the deadline to avoid the penalty for the individual mandate to carry health insurance passed on Monday.  “The Affordable Care Act is here to stay,” the President insisted as he announced that 7.1 million people hadenrolled in private insurance through Obamacare. “The debate over repealing this law is over.”


Consider that presidential wish casting in a midterm cycle in which Democrats will have to constantly defend their support for the unpopular law. As Jimmy Fallon pointed out later the same evening, the numbers were neither impressive nor reliable. “It’s amazing what you can achieve when you make something mandatory,” Fallon told his laughing audience, “fine people if they don’t do it — and keep extending the deadline for months.”

Related: Obamacare is a “Haves and Have Nots’ Health System

The public has hardly been in a celebratory or a laughing mood. Polls show that the American public remains as opposed to the ACA as ever, with 55 percent of Quinnipiac respondentsdisapproving of the law. Only 39 percent approve of Obama’s handling of health care policy, which has until recently been a Democratic Party strength. For that matter, Obama only gets a 40 percent approval rating on the economy and jobs, to which House Minority Leader Nancy Pelosi wants the debate to turn now that the Obamacare debate “is over.”

Pelosi and Obama may want to be careful with that wish casting, because the two debates are now closely related.A new study from the American Health Policy Institute – recently launched by former Bush administration Deputy Secretary of HHS Tevi Troy – shows that large employers expect to face steep compliance costs, starting in the fall. Their cost estimates range between $4,800 and $5,900 per employee over the next decade.  The total cost to large employers over the next decade will run between $151 billion and $186 billion, according to the 100 companies surveyed by AHPI that employ 10,000 or more people.

That doesn’t include additional price increases from insurers attempting to cover bad bets in their 2014 premium rates after the first round of Obamacare. "I do think that it's likely premium rate shocks are coming,” CareFirst BlueCross BlueShield CEO Chet Burrell told Reuters. “I think they begin to make themselves at least partially known in 2015 and fully known in 2016.” The consensus is that premiums will rise by double-digit percentages next year from their already-inflated levels for 2014 coverage.

The Obama administration unilaterally delayed a portion of the employer mandate, but it still takes effect for those employing more than 200 workers at the beginning of January 2015.  Large employers have to budget as soon as this summer to deal with those costs.  Most of them will start scaling down their so-called “Cadillac” health care plans to avoid the taxes those will accrue by 2016, getting ahead of the curve.

Related: Obamacare--Taxpayers in the Hole for $1.5 Trillion

Many may choose to give up on offering health insurance at all. The data from HHS after the passage of Obamacare showed that the Obama administration expected as many as 93 million Americans to be thrown out of their existing coverage, with employers opting to either scale down or get out, paying the fine instead.

Either way, the ACA imposes massive costs on employers, whether those come in the form of fines, higher premiums, red tape, or a combination of all three. Businesses that have new and massive costs imposed on them by regulatory changes no longer can use that capital for investment, risk-taking, and expansion. That means fewer new jobs for Americans, and fewer opportunities to move up the economic ladder as well.

Now, perhaps this would make sense if the program that plans to impose all these costs actually did what Democrats promised it would do – insure the uninsured. However, the numbers offered up by Obama on Tuesday fall very far short of the numbers his administration used to argue that a systemic overhaul was needed to address “the fierce urgency of now” with the uninsured, which the LA Times recalls as between 45-48 million.

In fact, it’s not clear at all that the so-called enrollments hailed on April Fools Day offer a break-even point with the uninsured the ACA created. Those numbers are estimated at five to six million Americans in the individual market, many of whom now pay higher premiums and have to clear higher deductibles as the cost of buying more insurance coverage than they believed they needed in the first place.

So how many of these seven-million-plus claimed by Obama actually started off without any insurance at all? The Times reported that from an unpublished Rand Corporation study that of the six million who signed up through Obamacare exchanges for private insurance, a third of those had no insurance previous to the rollout. That would come to 4.4 percent of the low end of the LA Times estimate, if that number represented actual enrollments – but it doesn’t.

The Daily Mail’s David Martosko reports that the same Rand study shows that only 53 percent of those previously uninsured have actually paid premiums for their selection. The Rand estimate of the newly covered comes just short of 859,000 – or just 1.9 percent of the total number of uninsured that Democrats insisted had to be helped through a costly and disruptive overhaul of the health-insurance industry. Even adding in the estimated six million added to Medicaid – most of whom would have qualified without Obamacare – the first pass only accounts for 15 percent of the problem, as defined by Obama and his fellow Democrats in 2009-10.

The debate is far from over on Obamacare, no matter what the President declares from the White House, although it’s easy to understand why Obama wishes that were true.  His signature initiative will be a huge “stinkburger” to the 170 million Americans dependent on employer-sponsored insurance.  The businesses that provide this benefit and their employees will have to deal with the “meanwich” Obamacare delivers in higher costs when its mandate forces those employers to react – just weeks ahead of the midterms.