Right there with you, good Senator:

Ted Cruz:
"And why does media relentlessly shill for Dems? They won’t cover Northam’s defense of infanticide, but they’ll ask if he can moonwalk...."

Media fixation w/ blackface (“was he dressed as Michael Jackson?”) obscures the more damning point: anybody who voluntarily chooses to celebrate the evil & bigoted KKK is unfit for public office. Media should be asking: did you select that picture to represent what you believe?

Northam held a press conference on Saturday, and basically un-apologized for the blackface photo because he now says the person in the 35-year-old photo isn’t him.

We suspected the media would give little or no attention during the presser to fact that, just days earlier, Northam had advocated the murder of newborn infants. We were right:

Many of the questions during that press conference touched on the photo, whether Northam would resign, his involvement in putting together the yearbook, and whether his wearing shoe polish to darken his complexion for his Michael Jackson costume was any different that posing in blackface or in KKK garb. Northam was even asked if he could still “moonwalk” after he said he had learned the dance for the competition.

Very little attention was given to the other controversy Northam faced earlier in the week — his comments about a bill that would loosen restrictions on abortions.

Northam defended himself Wednesday against a barrage of criticism, particularly in conservative circles, for saying outrage over a bill to roll back restrictions on third-trimester abortions in his state had “really blown out of proportion.” That bill never made it out of a subcommittee.

Nothing was "blown out of proportion", of course. Here is a video of Northam’s actual comments in case you haven’t heard them:

There you have it.

To say it was “blown out of proportion” because the bill never made it out of the subcommittee is dishonest in the extreme. The fact that Northam was willing to defend such a practice is not less monstrous because the legislature bailed him out and never sent him the bill.

Any law that seeks to protect innocents is, by definition, the government getting involved. Democrats are happy to have government involved in just about every other aspect of your life, but when it concerns the protection of the life of a newborn child, suddenly they all think we need less government.

The goulishness of Northam’s answer wasn’t mitigated at all by the failure of the bill. Thank God it failed. But what we found out while it was being considered was that Virginia’s governor would have no problem with a baby lying helpless while doctors and parents hold a committee meeting to decide whether to kill it.

Yet all the media care about is a blackface photo, which is, arguably not a bad or a good thing, depending on the context, but it is not the murder of a helpless human being...no one ever complained about Al Jolson, crying for his "mammy" in the classical Swanee skit, did they? This is pure deflection and misdirection, likened to what a street magician would do to your mind while trying to swindle you in a crooked game of Three Card Monte...the so called "Free Press" working its magic in the 21st Century. 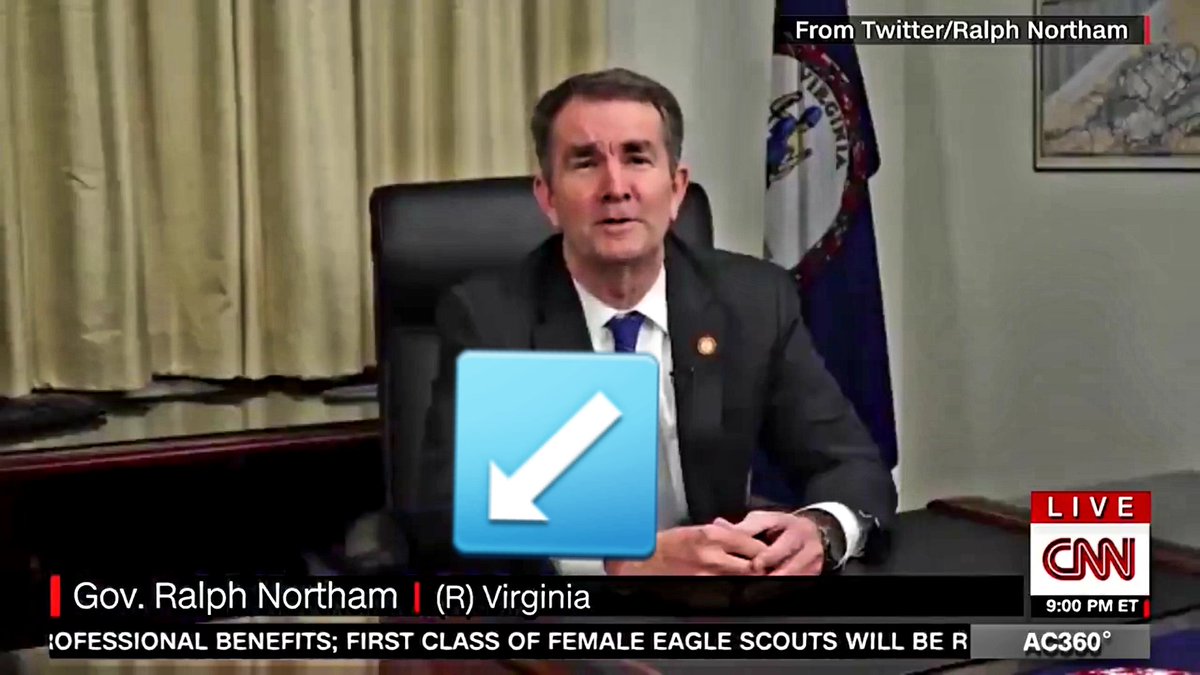 now, back to our regularly scheduled program...

Everyone needs to speak up and remind EVERY American who votes that this isn't just about abortion, this is the beginning of the revival of Ezekiel Emanuel's death chart for healthcare!  Remember the cost chart and who drains the system the most in socialized medicine and this is trying to "normalize" the ideas that people who are not productive should not receive the most money to keep them alive!