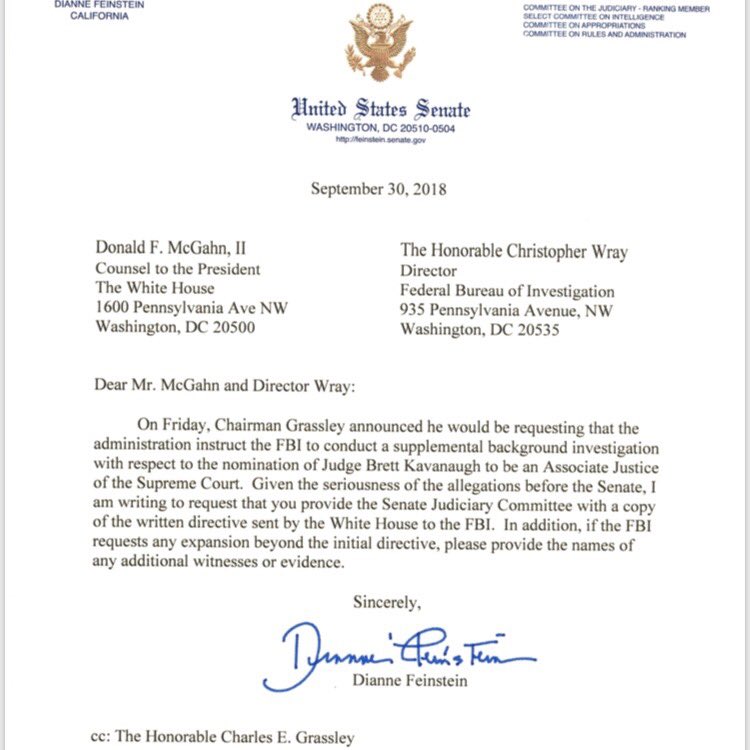 Defending the Sin of Abortion

with the Sin of False Witness 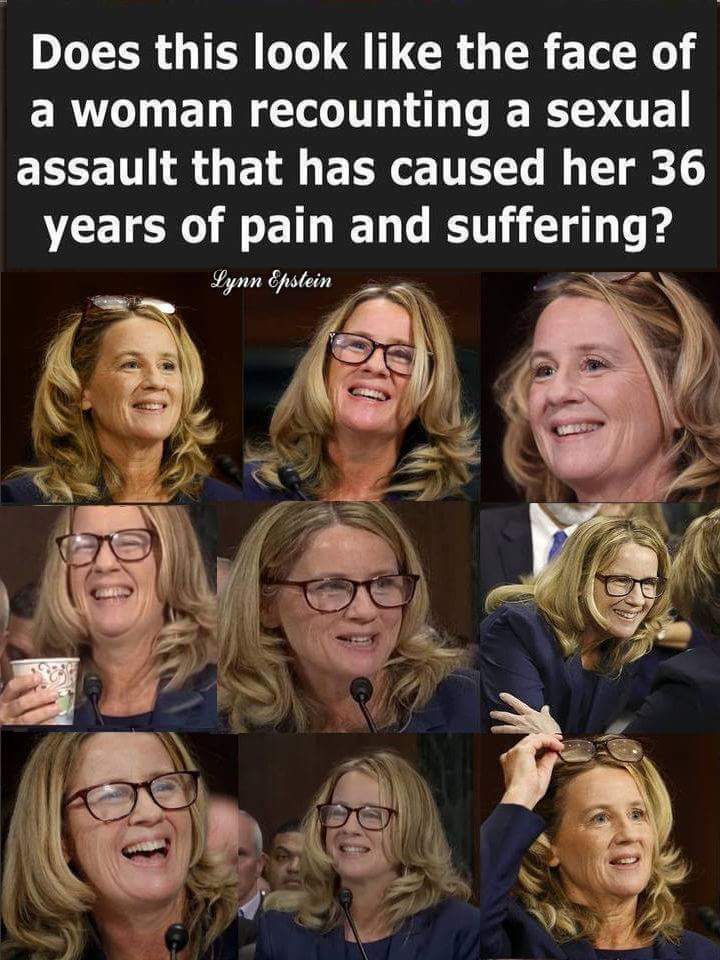 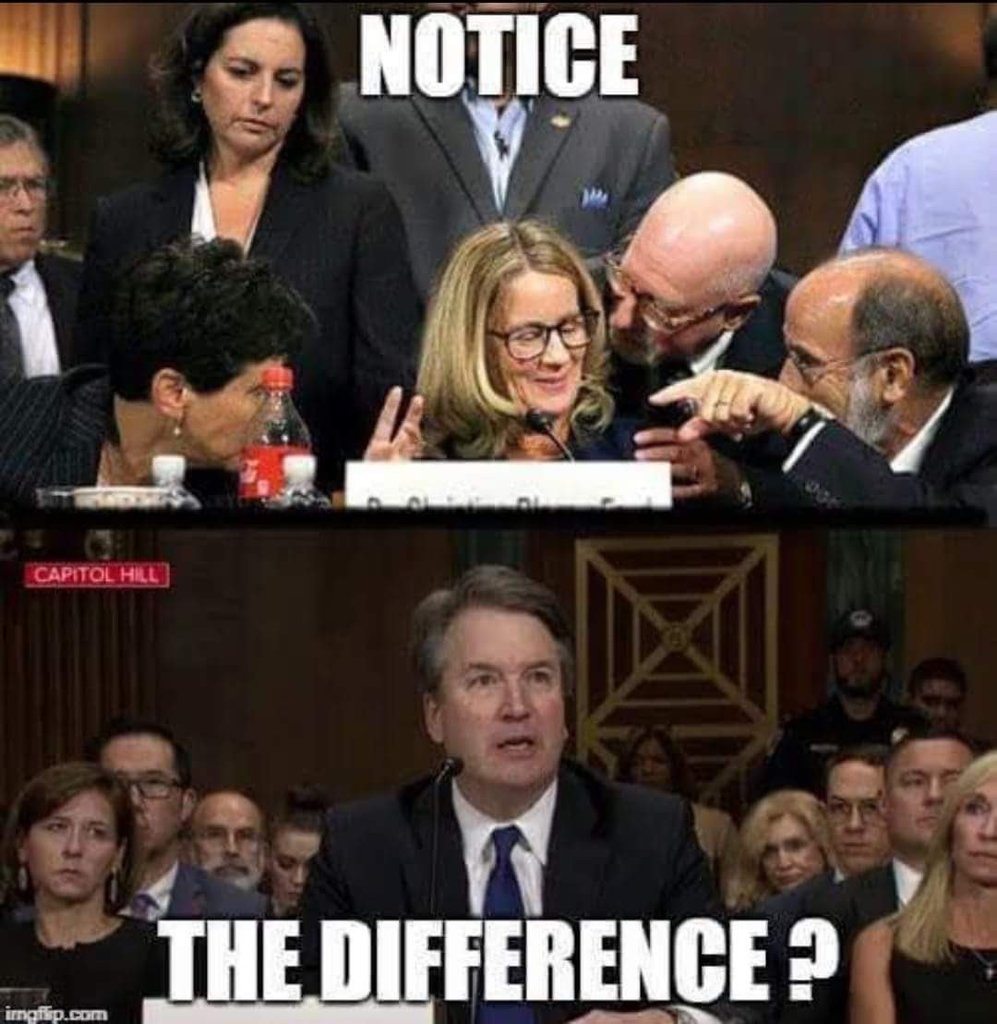 Rick Scott basically wrote the most wishy washy statement SUPPORTING Blasey Ford as totally believable and then supporting Kavanaugh. It was obviously written by a female NOT Scott himself who gets so scared of 10 protestors on red tide that he basically slithers out the back door of a restaurant and arrives in Orlando Fl for the next stop a day early. The emails for the Orlando event stated to not post the date, time or location of his bus stop - DUH - this man IS the next Jeff Flake! Where is Desantis - hiding - does he even know how to stand up and take a position when another man's name and reputation is being destroyed??? There's NO hope for Florida. Desantis is now rearing another head of the hydra and is campaigning with Jeb and Corcoran and pushing Jeb's common core education ideas.

EVERYONE better email their friends and neighbors in Florida - if Amendment 6 passes then accusers will be pulling these same stunts in EVERY FLorida courtroom and NO ONe will ever be given their constitutional rights as a defendant. And in this Brave New World, EVERY man can be the next Kavanaugh! REMEMBER Rick Scott fully supports Amendment 6 as their website states in full view! Once he is control in the senate, he will support stripping away defendant's rights and will allow these accusations to destroy Trump's picks!

Rick Scott stripped away our constitutional rights to free speech and due process and made it easy for any person to be locked up in a psych ward under the first step in a Baker Act for a simple comment on every site like this. Nunez - Desantis' choice for lt governor - REFUSES to fix the loophole in the law that would prevent people from being locked up by police while waiting for a psychiatrist to make rounds the next day and immediately determine the Baker Act is inappropriate yet the gun grab will already be a done deal without a single appearance before a judge. Rick Scott refuses to fix the loophole leaving the law in place for a socialist to use against the people and grab their guns!

Nikolas Cruz's lawyers were just denied the right to talk to 100 witnesses that could prove his innocence or prove that he was coerced into a confession because they intimidated an autistic kid who may be 19 years old but has the mentality of a 14 year old! YET Pam Bondi goes on FOX news and states that she as attorney general protects EVERY defendant's right to a fair trial.

WAKE up everyone - BOTH parties are taking away your Constitutional rights - AND the next victim could be YOU or someone in YOUR family. What if YOU are accused of attempted rape,rape, or murder BUT you were denied the ability to interview 100 witnesses who could prove your innocence?????ANYONE can create a false document or false FB or video that can convict you YET Pam Bondi, Rick Scott and the whole republican state legislature deny you your rights to interview any witnesses that could prove the charges false????

In Amera, under the Constitution, you have the right as a defendant to interview a million people if you feel they will help exonerate you BUT not anymore! NOW you are guilty without even a trial! Beware who you vote for! I have called  Nunez's office about the Douglas High safety bill that allows police to Baker Act people because of words typed on a site like this and her staff told me that Nikolas Cruz NEEDS to be put to death NOW without a trial and that he IS guilty without a single piece of evidence examined and cross examined. WHY would you vote and give more control to people like Nunez and Rick Scott who are stripping away our Constitutional rights????

Next they will be saying that people who get pregnant like Nikolas Cruz's biological mother NEED to abort because their children are dangerous for society! This is the basic ideas that started in the U.S. as eugenics and ended with nazism - bad genes and bad people need to be destroyed! The prosecution has found Nikolas Cruz's biological mother and will conclude that because mother and half sister are bad seeds, Nikolas Cruz is bad seed. Next logical step for evil politicians on both sides is we need to protect our children and to keep them safe so ALL mothers who are bad need to abort!

If Ford had really been attacked by Kavanaugh, she was just in DC near Maryland and would have immediately driven to Rockville and pressed charges at the police department! BUT she didn't. Just like Judge Moore where NO victims ever filed a single charge but destroyed a man's name and reputation and then went home. Mitch McConnell was behind the start of that attack so both parties believe their power over the people in MORE important than respect for another human being!

BEWARE we are entering the darkest period in the history of the U.S. Open your eyes. The truth is right before you yet you all sit silent as that truth is manipulated. NO ONE noticed the truth in the videos of Nikolas Cruz. That video confession is FAKE- there are 2 different color shirts and 2 different color casts in the same video! EVERY recent school video released has been edited and minutes of footage DELETED - yet NO ONE even noticed!

Email Pam Bondi and Rick Scott and DEMAND that they give the defense team FULL access to EVERY witness not their prosecutor's selected list! A precedent allowing limited witnesses that the prosecution picks to be interviewed MEANS that NO ONE in Florida will ever have a fair trial again! That means that prosecutors can pick who are the witnesses that match their version of the story and then they can deny you access to witnesses that  contradict that version and could set you free!!!!!! That's NOT America!

Call and report state attorneys and Pam Bondi gross misjustice of denying FULL access to ALL witnesses to the defense:

And email Rick Scott and tell him NO vote until FULL access and FIX the loophole in the Douglas High Safety law Now!

We are at a dangerous crossroad in American history!

The only thing necessary for the triumph of evil is for good men to do nothing. Edmund Burke