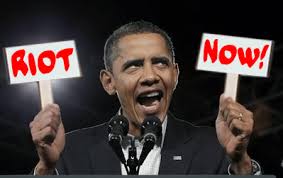 The United States Constitution does not form a dictatorship, nor does it form a nine member unelected oligarchy called the Supreme Court, nor does it create a government of, by and for La Raza and millions of illegal aliens.

For Obama to successfully commit treason against the United States by aiding and abetting known criminal invaders of our nation, against the overwhelming will of legal American citizens and taxpayers, Congress will have to stand down and abdicate all constitutional congressional authority to the Executive or Judicial branches, rendering the US Congress complicit in the treason and worthy of total destruction by the American people.

WHAT CAN CONGRESS DO?

First, for the record – REPUBLICANS HAVE ALL THE POWER THEY NEED TO STOP EXECUTIVE ORDER AMNESTY DEAD, RIGHT NOW!

Second, although many Congressional Democrats are too ignorant to know or care that what Obama is about to attempt is both unconstitutional and illegal, Obama himself does know, which is why he has not already done it, before being bullied into doing it now.

So, if Republicans care to represent their constituents by upholding the Rule of Constitutional Law and protecting and defending the sovereignty and security of the United States, they will have to STOP OBAMA AMNESTY dead in its tracks. Or, they become complicit in Obama’s treason…

Obama will attempt Executive Amnesty during this lame duck session of congress, before Republicans take control of both houses in January. He will do this because Republicans can hide behind not yet having control of the Senate, which they will falsely claim they must have in order to stop Obama.

However, because the issue is black and white, the power to regulate and make rules concerning Immigration and Naturalization resting in the sole legal purview of Congress, House Republicans can act right now to block Obama amnesty.

1.House Republicans can immediately move to pass a House Resolution declaring that Barack Hussein Obama has no constitutional authority to regulate Immigration and Naturalization rules, delegated as a sole authority of the U.S. Congress in Article I – Section 8 enumerated powers of Congress, nor any power to circumvent or subvert the Rule of Constitutional Law via Executive Order. This resolution will render any Executive Order on amnesty “null and void” on arrival, making it an illegal act for Immigration and Naturalization officials to act on that illegal order.

2.House Republicans can immediately file Article of Impeachment in the House Judiciary Committee, naming all Democrat co-conspirators to include Vice President Joe Biden, Senate Leader Harry Reid and House Minority Leader Nancy Pelosi, making it impossible for any of them to succeed Barack Hussein Obama in the constitutional line of succession to the Oval Office.

3.A Senate impeachment trial can begin after the 114th Congress is sworn in in January.

There are more steps that can and should be taken by Congress after the first three steps identified above, but there is no point in discussing those steps until House Republicans have taken action on the above items.

In short, the American people do not have to sit back and tolerate the abuses of the executive office that have defined the Obama Administration for the past six years.

The people do not have to quietly accept illegal amnesty via executive fiat and neither does Congress.

I hope that Obama does take this suicidal step tomorrow, as it will bring about the end of his tyrannical despotic and fraudulent reign over America and begin the process of holding all of his co-conspirators fully and criminally accountable for their many acts of treason against the United States and the American people.

My only concern is what lies ahead for Congressional Republicans if they fail to faithfully execute the oaths of their offices and allow Barack Obama to render Congress, the Constitution and our Republic extinct.