My friend, 'Dickie' was on to something when he called Harry Reid "...THAT LYIN' LEADER OF THE SENATE" in his performance of the video "Never thought I'd see the day".

Dirty Harry in particular deserves all the RIDICULE and shame we can heap upon his sorry, butt, I digress.

He has learned to cheat very well from his affilliation with Las Vegas, that senator from Nevada.

The failure of the Keystone pipeline vote by one vote. Is there anyone among you that believes that was not engineered from the gitgo?...just to give Mary Landreau some political cover? Cynical, to say the very least.

Talk about "stacking the deck", dirty Harry has raised that dubious art to a new level, STACKING THE VOTE! His years in Vegas have taught him well. 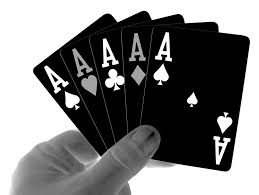 ...got news for ya, Harry, come January, we're playin' with a FRESH DECK!

They play the game better than anyone.