According to the Bill of Rights, amendment # V:

".......nor shall private property be taken for public use, without just compensation".

I interpret this as meaning that money I earn becomes my property, and if I choose to buy things with my money, I therefore have good title to all those goods and services I buy with my money, and all real or chattel property or earned money I manage to accumulate, or save, and the appreciation derived thereof through compound interest or investment.

Ironically, Article 5 of the communist manifesto states that they want to control the currency and all means of finance. Whenever a government prints more and more paper currency to cover their own unwise expenditures, whenever a government prints more and more of its currency to advance a socialist agenda, they have diminished my status as a citizen, thereby stealing from me my economic freedom.

Paper currency, printed and circulated in the economy of a nation irresponsibly, is the most insidious form of tyranny. The more of it that is printed, the less value each monetary unit (the dollar) becomes. “Full faith and credit” no longer applies. It would render a nation’s currency worthless, and therefore destroy that nation. . Why not just send each citizen their own printing press, if their true goal is to eliminate poverty? Would doing this solve any fiscal problems, or would it destroy the very foundations of freedom? There is no freedom without economic freedom.

Isn’t that what just happened with the bailouts? Haven’t the liberals in congress, and the socialist President, devalued our currency and ruined our credit with these huge appropriations? Isn’t the true agenda behind all of the fear mongering to destroy the capitalist system? What better way to bring on a new socialist order than to render the currency of a nation worthless?

Is your property worth less today than it was in 2008, or more? Is your money worth less, or more? The answer is obvious.

My question is thus:

" Doesn't the income tax, or the indiscriminate printing of fiat currency, violate my fifth amendment protection against government's taking of private property without just compensation?"

This is precisely why the tax on income should be replaced with a tax on consumption, ( a national sales tax). Tax on income without just compensation is pure Socialism at best, and pure Communism at worst, and is un-democratic. It diminishes our rights.

At least, with a national sales tax, my right to disagree with the government's policies would be affirmed by an inherent, and constitutional right to boycott those goods and services upon which the government taxes, through annually affirmed statutory taxing authority. ( Boycotting is a form of petition, guaranteed by the first amendment ".... or the right of the people peaceably to assemble, and to petition the government for a redress of grievances" )

Tax on incomes deprives citizens of one of the most effective tools they have to disagree with the government, or shape public policy through peaceful means. If, through the income tax, the government confiscates my property, they have denied me my right to boycott them, and they have effectively silenced me. This, therefore, is not "just compensation" for the taking of my property. I have received less rights than I had before they took my property. It is not just compensation. It is less value for my money. It diminishes my status as a citizen.

Capitalism encourages growth of the wealth pie (which is infinite, if allowed to follow its natural course), thereby multiplying it. The population will continue to grow, regardless, thereby producing ever-increasing demand for goods and services, and therefore, jobs, and opportunity.

The hoaxes of “Global Warming”, “Pollution”, and “Overpopulation” were merely lies perpetrated by socialists, communists, progressives, and liberals in order to advance their hidden agenda upon the gullible masses. Their technique has always been to monger fear in the hearts of the masses.

Just look at who started the GreenPeace movement-none other than Michael Gorbachev. 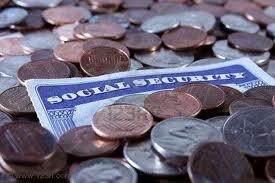