includes allowing almost ANYBODY access to what should be the highest level of scrutiny and security. The same plan is being implemented here at home.

More than 1,000 waivers not reviewed recently by Washington, insecure warehouses used as diplomatic office space
UPDATED 10:27 AM EST, February 25, 2013 | BY Sara Carter
Why It Matters:

The State Department vowed after the Benghazi tragedy to tighten security at embassies across the globe, but a new report by the agency's internal watchdog raises questions about whether officials in Washington even know about security holes at various diplomatic outposts.

U.S. embassies and diplomatic outposts have skipped or exempted themselves from security requirements without the knowledge of the State Department in Washington, creating an ad hoc system so riddled with exceptions that the agency’s internal watchdog is raising new safety alarms just months after the deadly attack on the Benghazi consulate.

The State Department's security office "does not have formal monitoring procedures to determine whether posts are requesting exceptions and waivers for all conditions that do not meet security standards and complying with stipulations in exception and waiver approvals," the agency's inspector general concludes in a new report.

Investigators found the department’s security record keeping was so lax that it still had active waivers on file for facilities it no longer operated, and that Washington was unaware that several locations failed to comply with required security standards.

On 15 occasions, regional security officers "were unable to locate an exception or waiver approval or denial that was on file" with the Office of Security, meaning an outpost was skipping security procedures that the State Department would not have known about, the IG reported.

And other times, investigators found, diplomatic outposts were using buildings overseas that had not been secured or cleared by the State Department's Directorate of Security.

"The most common example was the use of warehouse space for offices. Office space must meet greater physical security standards than warehouse space,"  Deputy Inspector General Harold W. Geisel wrote in a review completed Jan. 7, four months after the Benghazi tragedy.

Since al-Qaida-linked terrorists attacked the Benghazi outpost last Sept. 11, killing Ambassador Christopher Stevens and three other Americans, U.S. officials have promised they have tightened security at their facilities worldwide and removed some top officials in Washington blamed for lax security that preceded the attack.

But Geisel’s report, which examined only 27 of the State Department’s locations worldwide, raises concerns that the department is not even aware that many of its outposts were skipping required security procedure, either because there was no record of the exception or because requests from regional security officers were never reviewed in Washington.

The Directorate of Security had more than 1,000 exceptions and waivers on file dating back to 1987 that had not been reviewed to determine if they were current, the review found. "Inspectors found waivers for facilities that are no longer leased by the U.S. government or no longer exist," the reported noted for emphasis.

In other instances, "posts had either failed to submit requests for exceptions or waivers, or the requests did not accurately describe conditions of noncompliance," investigators reported.

House Foreign Affairs Committee Chairman Rep. Ed Royce, R-Calif., who is leading the congressional investigation into the Benghazi attack and the State Department’s security practices, told the Washington Guardian that the failures identified in the newest IG report were simply unacceptable.

"The failure to maintain adequate records is a troubling development for an institution plagued by bureaucratic breakdowns," he said.  "The State Department must do a better job at monitoring the security of our diplomats abroad."

Royce said his committee "will continue its oversight of embassy security and explore options for reform within the department."

State Department Spokesman Peter Velasco told the Washington Guardian the agency is taking the report seriously and that officials are implementing all recommendations made by the inspector general.

“Protecting our personnel and missions is the State Department’s highest priority," Velasco said. "The Bureau of Diplomatic Security has already taken steps to implement the recommendations of the report."

The IG recommended that overseas posts "submit an annual written certification that exceptions and waivers have been requested for all circumstances" where standard security procedures have not be met. The embassy must also provide a statement to the State Department's security agency "signed by the chief of mission"  confirming that the post is adhering to security protocols.

Beyond the recommendations, the State Department is in the process of developing a comprehensive database to keep track of waivers and exceptions worldwide and "this database will be available to all Regional Security Offices so that all files can be accessed and tracked through a central library," Velasco added.

He noted that the IG report, known as the "Department's Exceptions and Secure Embassy Construction and Counterterrorism Act of 1999 Waivers" is part of a "normal and periodic inspection process."

A U.S. security official, who has advised both military and civilian installations on security overseas, told the Washington Guardian that "the IG report shows an example of the lackadaisical attitude by embassy officials and security personnel when you take things for granted."

When proper security procedures are ignored "this can lead to tragic incidents like requests for more security in Benghazi, which were downplayed at the time," he said.

After the Benghazi attack, recommendations from lawmakers and recent IG investigation the State Department  is "undertaking a comprehensive review of security at our posts worldwide and the Department is working to implement security improvements quickly and completely, with special attention to our highest threat posts,” Velasco said.

Is there a strategic reason why all of this lack of security and protocol is being ignored? Yes, and the reason is sinister and treasonous and the Obama team including Hillary are responsible. We the People have lost control of those running our nation.

We the People are amazed, stunned, and frozen in place unable to fathom that all this has taken place.

We have become fat, lazy, and complacent. we reap what we sow. 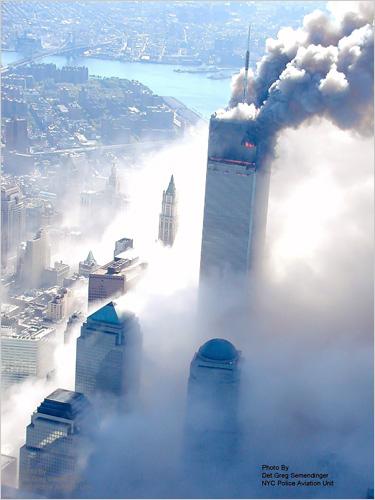 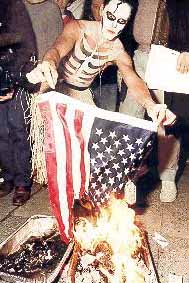 Former Clinton administration federal prosecutor Andrew C. McCarthy told The Daily Caller’s Ginni Thomas that the Obama administration’s response to the attack on America’s consulate in Benghazi, Libya last September was a “shocking dereliction of duty” and that “decisive action could have saved American lives.”

“I use the term ‘dereliction of duty’ with all due care, because dereliction of duty is an impeachable offense,” said the former prosecutor. “But this is the most gross dereliction of duty under these circumstances from a commander in chief and his immediate subordinates that I ever remember seeing in my experience. And we haven’t gotten an explanation … if there were coherent reasons why no action was taken.”

“What we do know is … that they lied about the cause of the violence there,” he added. “I mean, they serially lied.”

In the interview, McCarthy also claims that the Obama administration continues to work with the Organization of Islamic Cooperation to find agreement on U.N. Human Rights Council Resolution 16/18, which would deem it unlawful to incite hostility toward religion.

Read more from this story HERE.