The Charge of the Grey-Haired Brigade

Remember us?  The “baby boomers,” “Senior Citizens,” “Dinosaurs,” “Old Geezers,” and “Over the Hill gang.” Guess What?  We’re baaaaack.  Remember 2010?  We delivered the House and almost the Senate.  Well, what we started in 2010 we intend to finish in 2012.  Democrats make the mistake of believing all we care about is our Social Security checks, so we know what to expect.  Guess what liberals?  Our real concern is for the future of our children and grandchildren.  We intend to see that they have the same freedoms and opportunities our God, our founders and our parents gave us.

We are still the ones who won World War II and fought in Korea and Viet Nam.  We can still quote the Pledge of Allegiance by heart and, unlike the “Amateur” in the White House, know where to place our hand while doing so.  We wore the uniform of our country with pride and lost many friends on the battlefield.  We know the words to the Star Spangled Banner, America, and America the Beautiful.  Don’t be surprised if you see some tears run down our cheeks as we sing.  We have lived what many have only read in history books, and we feel no obligation to apologize to anyone for America.

Yes, we are old and slow but rest assured, we still have fight left in us.  We have loved this country, fought for it, and bled for it, and nobody is going to take it away from us. We took oaths to defend America against all enemies, “foreign and domestic,” and that’s an oath we plan to keep.  There are those who want to destroy this land we love and, like our founders, there is no way we are going to remain silent.  You think the lines at Chick-fil-A were long; just wait till you see the lines at the polling places in November. In 1776, when our forefathers were fighting against the forces of King George III, to establish these “shores of freedom” he referred to them as insignificant rabble.  The colonist had a different name for them - Patriots.  King Obama has labeled those of us fighting to preserve this “Shinning City” as “domestic terrorist.”  That’s a name we wear with pride.

When we think about Obama, one word comes to mind - Tyrant.  When we speak of the Obama Administration we are referring to an out of control Executive branch, a complicit Congress, and the many activist judges sitting on the courts of our land.  The term would also have to include the Mainstream Media which supports them.  Our forefathers were a rag-tag army of untrained volunteers up against the best trained military of their day.  No one thought they could win; no one but the men doing the fighting. The British Forces were paid to maintain the King’s power. The Colonial Patriots were fighting for their land and the families they loved.  Today, Obama is fighting to maintain his power over “We the People.”  We are fighting to preserve this “Land of Freedom” for our children and grandchildren.  What the Congress, Supreme Court and Joint Chiefs have refused to do, we will.

Our founders had three boxes; the soap box, the jury box, and the cartridge box.  They tried the first, were rejected by the second, and forced to use the third.  They left us a fourth - the ballot box. The time is now that we “domestic Terrorist” must either stand and fight, or condemn our children and grandchildren to a lifetime of slavery under a New World Order.  It’s a battle we cannot, we must not, and with God’s help, we will not lose.  It’s about an idea called “America,” it’s about this “God blessed, windswept, island of freedom.”  It’s about America’s story, our story, and we will never surrender to tyrants.  It is the lives of our children and grandchild which are at the heart of this battle.  They deserve our all, no less, and that is exactly what we intend to give – God bless America.

Excellent post. I know that our Father has joined the lot of us together here for the purpose you so eloquently stated. We'll never give up this righteous fight!

Thanks Wayne. You're a true patriot. 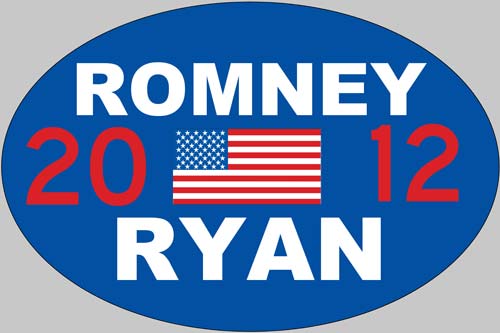 this is the best Post ever. I just love it