Is this the LAST OBAMA STRAW? Soldiers cannot say the word Christmas???

(TruthInAction.org) -- The Obama administration has directed the military to not allow personnel to say “Christmas”, in spite of the holiday’s status as a federally-recognized holiday.

The reason given by armed forces officials is that not everyone celebrates Christmas and that out of respect for them, military members should refer to Christmas celebrations simply as “holiday”-themed festivities.

This prohibition comes in the context of a wider push for political correctness in society in general and the military in particular, as evidenced by the recent reprimanding of Navy Chaplain Wes Modder for simply discussing religion, as chaplains are wont to do, with military personnel.

This blanket ban on Christmas in the military has apparently been in the works for sometime. Within the past couple years, military personnel have reported incidents in which they’ve been told to keep their faith to themselves lest they offend others, even when no demonstrable harm has been done. According to Coach Is Right:

“Being the Christmas season it seems the right time to recall one of Barack’s most despicable slaps against the Christian faith to which he has falsely claimed allegiance throughout his political career. It took place in 2013 at Camp Shelby in Mississippi. During a pre-Christmas meeting with members of the 158th Infantry Brigade, the discussion turned to the upcoming Christmas football tournament. According to a soldier present at the meeting, it was at this point that ‘…the equal opportunity representative stopped the briefing and told us that we can’t say Christmas.’ This PC lunatic continued on, ‘…[telling] our commander that not everyone celebrates Christmas and we couldn’t say Christmas celebration. It had to be holiday celebration.’ And this was no simple suggestion. It was an order–that is a threat, backed up by Military ‘Justice’ as necessary.

Of course it isn’t like the military has made Christians who talk about their religion guilty of a felony, warranting a court martial or removal from the service. Oh wait! That was just a few months ago wasn’t it! Christians do not have permission to talk about their religion, they are not allowed to share their faith even when asked. In June, the Navy took Chaplain Wes Modder to task for discussing religion in counseling sessions. The Navy ‘…removedModder from its promotion list, terminated him for cause, removed him from his unit, and brought him before an official Board of Inquiry.'”

Truth And Action has covered this issue in depth before:

“We’ve posted many stories of Obama’s hostility towards our military and especially Christians in the military over the past couple of years; from the Army dening soldiers to say the word ‘Christmas‘, to the Air Force removing the Bible from POW/MIS displays to Obama shutting down a church in the Navy and threatening the pastor with arrest, we continue to see story after story of the military forging an environment of animosity towards Christians.”

...and banishes the banner 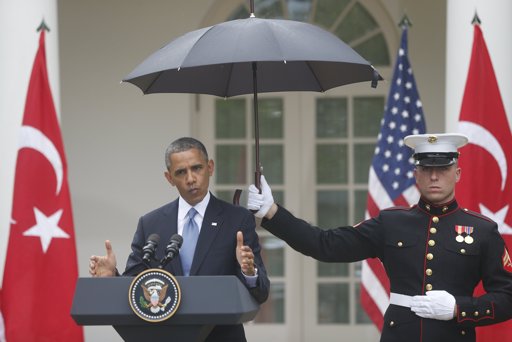 I love your patriotism, I respect your intuition, I share your intense desire to wake this nation UP!

That is part of the problem......people have been WAY TOO "CAREFUL" with this horrible excuse for a president. EVERYONE....Congress, the Media, a % people in general have given him a pass because he's "BLACK"....the explanation is perfectly clear.....the left has given him a "PASS" because he's Black.....

It would appear that the standards for the Leader of the Free World have been LOWERED to accommodate a person of color......clearly, that shows the racism of the left. They think that because he is not Caucasion, he is less able to comprehend the seriousness of his position.

I wonder who is pulling the strings on this marionette.......find the puppet-master & never permit them to repeat the past 7 years.

Have a wonderful Thanksgiving, God Bless!

Personally, I would like to tell Obama to do something physically impossible to himself......

Being a Christian woman during the approaching CHRISTMAS season....I'll say no more.....