The Internal Revenue Service has strict codes regulating the lawful operations of 501(c) (4) charities like “Organizing for Action (OFA)” the new Obama social welfare advocacy group that succeeded “Obama for America” the Presidents official 2012 re-election campaign. After a little tax code research, I have, come to the conclusion, that OFA and President Obama bear investigation by the U.S. House of Representatives for not only potential ethics transgressions but for alleged U.S. tax law violations.

IRS regulations state: 501(c)(4) non-for profit organizations (i.e. Organizing for Action) must be operated “exclusively for the promotion of social welfare.” 501 (c)(4) groups are not prohibited from participating in campaigns or elections as long as they serve the goal of “social welfare.”

I would think that President Obama, educated man that he is, understands the concept of “social welfare,” but maybe not, given social welfare requires knowledge of social welfare’s economic origins. After all, economics is a subject that Obama has had little regard for unless it requires blindly signing legislation that redistributes Americans income to his constituency.

Even if we allow for Liberal Democrat’s idealistic fantasies touting future economic benefits from legally owned gun regulation—or what liberals may try to characterize as “social welfare” i.e. decreased gun violence in America—both reality and government crime statistics prove the Obama team wrong every day. U.S. Department of Justice statistics prove that violent crime, specifically gun related violent crime is decreasing, not increasing in America. Taking away guns or ammunition will have an adverse effect on social welfare and have a negative economic benefit.

Examples of this fact are found in major cities like Chicago—a city run by Democrat idealists for close to a century—a city buried in real “social welfare” problems like debt, unemployment, government dependency, failing schools, poverty, illiteracy, corruption, and gang violence. However, where are the economic benefits for the windy cities residents from Chicago’s strict gun laws?

Obama’s Organizing for Action may claim that gun and ammunition regulation—an infringement of 2nd amendment freedoms and an ethical violation of Obama’s oath of office amounts to social welfare, but I would challenge the President to provide the data to back up his liberal assertions. They are lies propagated by a President who at best is stretching the truth and in reality is redefining U.S. tax law to service his political agenda, nothing more. No economic or “social welfare” benefit will be gained by eliminating or regulating legal gun ownership in U.S. communities. To the contrary, gun regulation will foster crime, and with it economic decline in American communities. Chicago’s rising crime and DOJ statistics prove this point, Obama’s Organizing for Action is violating IRS code with its anti-second amendment advocacy framed as social welfare, and it warrants investigation by Congress and the Internal Revenue Service.

It also warrants mentioning that federal and state anti-second amendment regulations cause job losses. Obama’s and liberal states Governors proposed gun control policies have many established gun and ammunition manufacturers actively considering relocating and/or downsizing. I suppose some liberals may consider this a form of “social welfare,” but I am almost positive soon-to-be unemployed workers at certain gun manufacturers would disagree.

Back in the 90s during the Clinton years, Congress charged Newt Gingrich, who was also harangued and vilified for his political activities involving a 501(c) (3) charity—accused of promoting political causes and candidates—with 84 separate ethics violations. Yet Newt Gingrich did not violate his oath of office to protect and defend the U.S. Constitution or commit a single crime. Eventually, reprimanded by Congress and viewed by his party as a political liability Gingrich succumbed to political pressures and resigned.

Today Organizing for Action is raising funds—from donors that do not require identification—to push President Obama’s second term agenda. Two days ago, it was publicly revealed that President Obama is granting White House meetings to donors and fundraisers that contribute 500 thousand dollars to his “Organizing for America” the Obama social welfare machine. In addition, it is been suggested that MSNBC is a major benefactor of OFA. Sounds like pay to play to me. Moreover, many view this as ethical government.

It may come as a surprise to some of you, but I have been a subscriber to President Obama’s campaign website, which is now the Organizing for Actions website, since Obama’s campaign began. Suffice it to say, I believe in keeping my enemies close. Every day I receive e-mails from OFA asking for volunteer assistance as well as financial support. These emails reference the importance of passing the Obama second term agenda in every communication. Specifically the agenda President Obama lies out in his 2013 State of the Union address.

Can someone, even a liberal explain the “social welfare” or economic benefit for America, if Gays are given Constitutional protections like same sex marriage? Will America experience an economic boom and historic job growth attributable to LGBT matrimonial bliss? Better yet, can someone explain the social welfare or economic benefit of abortion or reproductive rights that deny fathers the equal right to raise a child doomed to whimsical termination? No Obama second term agenda items provide a “social welfare” or economic benefit for Americans, only Obama’s Americans or Democrat voters, yet Obama’s OFA is busy raising anonymous contributions to promote Democrat candidate ideologies over Republican candidate positions.

Is this not, the same violation of ethics that took Newt Gingrich down?

For all of its obvious and documented ethics violations and potential IRS code abuses, President Obama’s self-serving Democrat loyal “Organizing for America” requires investigation. Get on the horn America; I think these allegations may have some teeth. Members of Congress are reportedly beginning impeachment against Barack Obama based on the grounds of unauthorized use of the military in Libya and Syria.  Congress is also looking into his involvement in the Fast and Furious scandal. According to Congressional representatives Barack Obama has violated the rules that clearly state that the President must seek Congressional approval before using military force.  Now he says it was OK because he had international support.  ”But how does that make it okay?  They aren’t our Congress.  They don’t determine what is right or wrong for us,” said a prominent Republican Congressman. Sources close to aides in Congress say the Constitution clearly states “any use of military force by Obama without explicit consent and authorization of Congress constitutes an impeachable high crime and misdemeanor under article II, Section 4.”

The Republicans want to know how President Obama was able to use military force in Libya last year.

Republicans are pushing a resolution through Congress, which has been highly underreported by mainstream media, to look into further actions to be taken against the President.  Since it explicitly states in the Constitution that the President must ask permission from Congress to use military forces in another country, sources say there is clear cause for impeachment. 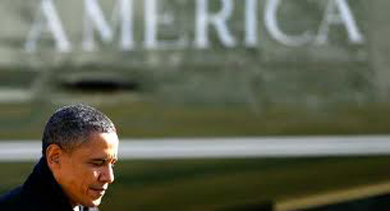 While an impeachment can be a strain on our country and may not be necessary in an election year – Republicans are still moving ahead with it.

“The days of Czars and Executive orders in order to sidestep Congress should end and if it takes an impeachment to do that, well…  it is something I and many other Americans would support,” said another prominent Republican Congressman.

“We have a President who believes our Constitution is just a ‘historical document’ that is not fit to determine how our country is run anymore,” said the Congressman. 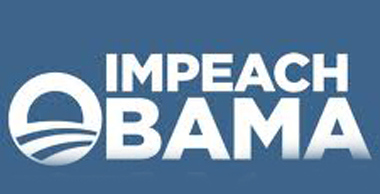 Democrats, obviously, are opposing the impeachment effort but sources close to Republican leaders say that they are “moving full speed ahead” because “we need something to keep us busy until the next election.”