WESTBORO CHURCH has sent out press release and flyers that they plan to protest at the funeral of Pfc Benjamin Moore in Bordentown on Sat. 22nd. We need everyones support for the Flag Line to shut…Continue

2011 is a PIVOTAL year. The plan is simple but the work is massive. IF WE ALL get on board, we can retake our legislature in the 2011 elections, 119 of the 120 seats are up for election. Today, we…Continue

You need to be a member of New Jersey State Group to add comments!

Comment by Sandra on August 29, 2011 at 7:03pm
You should hear Mark Levin ripping Christie over how he handled the storm! OMG, he called him arrogant, out of line and not having the right to order people out of there homes or as Christie put it, "get out of your beach homes," Also saying people on the beach must leave the tan time was over at 4pm, LOL. It was raining and no sun Levin said so they sure were not getting a tan, or closing business down, that the owners could make there own choices, what a hoot!  So now they have ost millions of no TAX money. Apparently the weather people are also hyping the situation under pressure to force the global warming lies and are in fear of losing there jobs? Now we can't even trust the weather channel! So now what, the big cat 4 or 5 people will not believe them and be in harms way? Levein said a weather person called his show last Friday and was talking about VA having 100 mph winds, Levin checked the local weather and it was only 45 mph..  So Obama strikes fear into the weather reporting systems too!

Comment by Sandra on November 30, 2010 at 6:31pm
Welcome to the group Maureeen, I see you found a post for the grup. Have a good evening.

Here's an excerpt from the article:
"Ayscue and Mackler had a plan to ensure Adler's victory. They just needed volunteers.
Internal numbers-crunching showed the difference between Adler and his Republican opponent -- then undetermined -- would hover around 5 percent. To give Adler an edge, Ayscue had recruited a then-unidentified man to run as a third-party candidate.
That candidate would act as a conservative spoiler to confuse voters and pull votes from Adler's eventual Republican challenger. But first he had to get on the ballot. With the filing deadline just weeks away, CCDC needed volunteers to hit the streets and collect signatures -- fast."

Jon Adler NEEDS to be retired. Keep this man out of Washington New Jersey!!!

To donate or volunteer for Jon Runyan, go to:
http://runyanforcongress.com/

This race is now a dead heat, every vote counts!!!! Get involved today!

As our national debt rockets past $13 trillion, just imagine if a constitutional amendment to balance the federal budget had been ratified 25 years ago. That almost happened, says Nick Dranias, director of the Joseph and Dorothy Donnelly Moller Center for Constitutional Government at the Goldwater Institute...

Comment by Adrianne Knobloch on September 18, 2010 at 6:58pm
That cartoon is a hoot. rotflmao

“RESTORING AMERICA ONE STATE AT A TIME” PATRIOTS DAY

NJ Tea Parties, The 912 Project and Right2RecallNJ will stage a pre-election rally at Six Flags Great Adventure in Jackson , NJ on Saturday afternoon, October 2, 2010. There will be National Radio and TV Personalities as well as famous Live Bands!

The rally will feature a number of nationally known speakers including:

Musical entertainment will be provided by The Bobby Powers & Party Time Band, singer/

The initial pre-sale of tickets has been brisk. Tickets are available through Great Adventure website: http://www.sixflags.com/greatAdventure/events/calendarevents.aspx 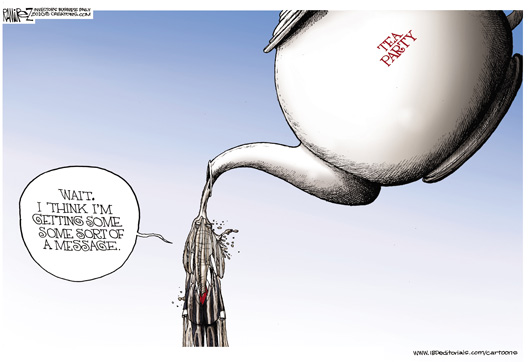