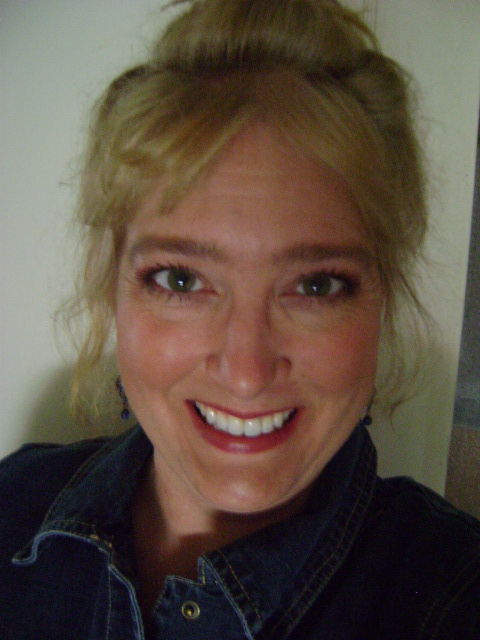 Oregon Country Girl has not received any gifts yet

Do you know anyone alive today who was aborted at birth?
YES

Do you believe that adding zeros to paper currency creates wealth?
YES

Which of these were Right-Wing extremists?
George Washington, Susan B. Anthony

www.icaucus.org is endorsing Conservative Candidates for State and Federal office in states all around the country. I encourage you to check out these candidates...become a friend on Facebook, and if you feel led, help with their campaigns. If we want to see true Conservative Candidates win these races we need to become involved, and help them win. There are other good Republican candidates running, as well. But, I-Caucus candidates go through an…

Sandra said…
Nice to hear... I hope you enjoy some of the blog posts and I sure hope soon the groups will have members joining, so far after just a couple days, some are doing just that... Enjoy your visits to our site. Together maybe we all can get our house back in order!

Oregon Country Girl said…
Many of us understand the threat our country faces. That is why I have gotten active politically on the local level. But, I wake up each morning knowing that God is in control... and he is on the throne.

Richard Allan Jenni said…
This one's for you! Thanks!!!

America Is At Risk From Without And Within…

In 2006 US Senator Barack Obama traveled to Kenya and participated in a foreign election campaign- contrary to security interests of the United States.

and “Obama And Odinga Exposed.”
http://www.youtube.com/watch?v=Lh10-w351MI&feature=related

The subject of the following revealing email is “Let’s share a dream!” It is from Senator Obama at barack_obama@obama.senate.gov to the Kenyan Luo communist radical Raila Amollo Odinga at railaaodinga@yahoo.com dated “Friday, December 22, 2006 at 6:27AM” and obtained by WND senior staff reporter Jerome Corsi. I transcribed it from the video at this link: http://www.youtube.com/watch?v=KhYg6i7VfuE&feature=related.

I will kindly wish that all our correspondence he handled by Mr. Mark
Lippert. I have already instructed him This will be for my own
security, both for now and in the future.

Mark Lippert has been Chief of Staff for the National Security Council since January 2009. Frightening…

When Odinga lost the election in December of 2007, horrible violence was inflicted by the Luo tribe upon their rival Kikuyu tribe. They murdered hundreds of Kikuyu Christians and burned their churches. Obama’s activity in Kenya actively campaigning for Odinga places a fair share of the responsibility for that carnage squarely on the Senator’s shoulders.

BBC (13 April 2008) KENYA “President Mwai Kibaki named opposition leader Raila Odinga as the new prime minister, after the pair agreed the deal on Saturday in secret talks. The crisis was sparked by presidential elections in December that triggered violence in which 1,500 people died… In addition to those who died in the post-poll violence, another 600,000 were displaced in January and February…”

Barack Hussein Obama’s hardline communist agenda in Kenya was already progressing during his 2008 presidential campaign- obviously contrary to our national security interests. And since his inauguration in January, Obama has substantially advanced that agenda in the United States- at lightning speed.

In October 2008 Jerome Corsi was held for more than 11 hours at gunpoint in Kenya to prevent him from investigating Obama’s support for Odinga. Corsi published his revealing book “Obama Nation” back on 5 August 2008.

Obama’s documented political involvement in Kenya presents a strange conflict of interest between his obvious extremist Muslim sympathies and the nefarious interests of the so-called Bilderberg Group, which was instrumental in Barry becoming President of the United States. I cannot help but wonder if this was a miscalculation by the latter. In any case, both interests serious conflict with America’s national security. And Mark Lippert is Chief of Staff of the National Security Council?

Connecting the dots in our current national crisis is a daunting task. It is a often matter of connecting enough dots to create an individual puzzle piece- and then determining how that piece fits into the larger picture. However, this much is already abundantly clear: America is at risk from without and within… 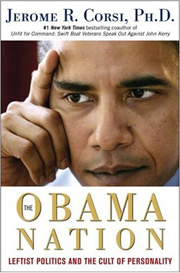 FORMATION OF CIVIC GROUPS, FROM YOUR LOCAL OR YOUR PERSONAL CONTACTS, ON THIS SITE ARE ENCOURAGED, TO STIMULATE CIVIC VIGILANCE WHERE IT COUNTS - AT THE GRASSROOTS.

Therefore, you are urged to work independently, on the local voting district level, to effect the necessary policies of politicians who depend on you, the VOTING CITIZEN, to hire them to represent your views from the offices to which they aspire to be elected. There is strength in numbers and therefore, the more voting citizens you bring into your group, the more powerfully your voice will be heard. You may even want to consider running yourself.

THOUGH WE ARE ALL AMERICANS, WITH A COMMON HERITAGE, INVITATIONS TO OTHER EXISTING MEMBERS ON THIS SITE ARE STRONGLY DISCOURAGED BECAUSE IT RESULTS IN THE WATERING DOWN OF ANY EFFECTIVENESS YOU COULD HAVE ACHIEVED ON A PERSONAL, LOCAL LEVEL, FROM WITHIN YOUR OWN CIRCLES, IN YOUR OWN VOTING DISTRICTS WHERE A SHOW OF STRENGTH COUNTS THE MOST, PARTICULARLY BEFORE THE NEXT ELECTION CYCLE.

Encourage those of your friends, who may live in other States, to join REAL CONSERVATIVES and then form their own, local groups on THIS SITE. You can also chat with any other members, anywhere, in the chat room provided.

EACH OF YOU HAS BEEN PROVIDED WITH YOUR OWN PAGE, AND FROM THAT PAGE YOU SHOULD FORM YOUR OWN GROUPS, LOCALLY. This is the realistic way of restoring and instilling CONSERVATIVE VALUES to, and in, your elected officials, wherever they serve, either on the local, county, State, or Congressional and Senatorial level. Make THEM accountable to YOU.

Noone has any influence on a candidate in another state, because you are not one of their potential, voting constituents. The next election cycle is all local. There are no national candidates. We need to send more REAL Conservatives to D.C. in 2010...very VITAL.

To the members of REAL CONSERVATIVES:

As you know, this site is dedicated to only one objective-getting as many of the VAST, Conservative, Silent Majority to do their civic duty on the only day that matters, ELECTION DAY, 2010. Nothing else matters at this point in our nations history.

This is why there is only one Blog available herein.

To that end, this site provides capability for postings of photos and videos with relevant content and commentary from you, the members. Members should also post notice of the various events they organize or participate in. There is also Group Formation and Chat capability for on-line
gatherings.

Isn't it wonderful that the Founders gave us our Bill of Rights, that we may freely communicate
thusly!

I have tried to provide printable content on contemporary issues for the use of the members as they see fitting, and each of your comments on the various issues would be greatly encouraged, needed, and acknowledged. This provides the needed feedback for future forums.

Very important is the mass distribution of the "Declaration of the Independents" by July 4 this year and next. Politicians need to be PUT ON NOTICE that their corrupt ways will no longer be tolerated by the voting population of this country. It is a generic document, re-producible, and mentions no particular political party. It is for all Americans, regardless of their political affiliations.

So, please take some time to review the content provided and respond in the various reply sections, at your convenience. This would be greatly appreciated.