WHO-MA HAS HAD IT! Carlos Danger must now dangle...the weiner is out! 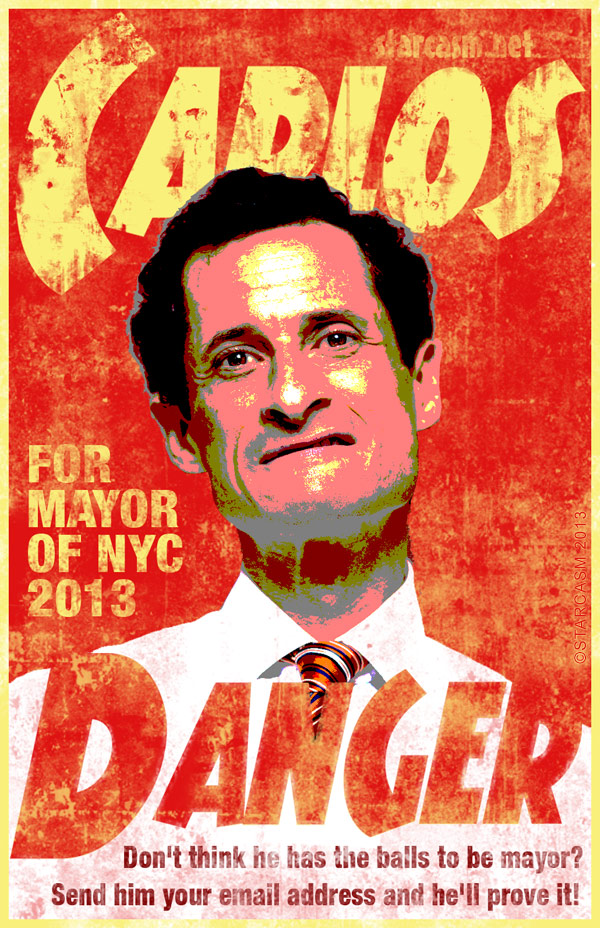 THAT YOU NOW RESPECT

because she doesn't want

Its bad exposure for a covert muslim

(she prefers to work in the shadows)

The very fact that she (Huma) spent 15 or 16 years in Saudi Arabia [from roughly the age of 2,
until roughly the age of 18], and then showed up in the Clinton Whitehouse, as an intern,
in 1996, at roughly the age of 21, is, in and of itself, a massive security breach. That she then
spent another five years in the Clinton Whitehouse, and, for most of the last seven years,
has been wedded at the hip to Mrs. Clinton, night and day.
And even if it wasn't an "unthinkable compromise of national security" on Monday, September
10, 2001, it damned sure became an unthinkable compromise of national security on Tuesday,
September 11, 2001.
"If you call Hillary's residence in DC first thing in the morning, Huma answers the phone,"
according to a Justice Department official. "Same thing late at night and on the road.
It's a closely guarded secret that Hillary's inner circle guards at all costs."
JUST WHO
THE HELL
IS
"WHO"MA?

" I'll get to the bottom of this

or my name isn't