What the hell is wrong with Conservative white people? And when will you stop apologizing?! - Kevin Jackson 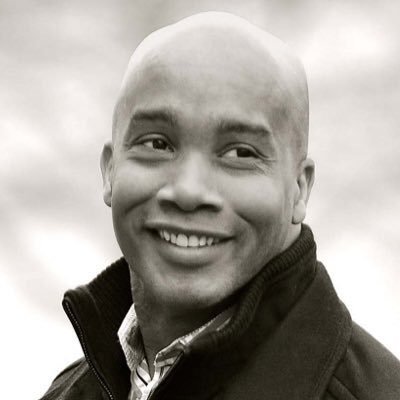 If you liked Kevin on Fox News, then you will love his radio show. Kevin tells it like it is. So he calls lying skanks what they are, even if it costs him his job! Kevin speaks truth regardless of politics. If you like a bit of humor mixed with your political updates, then check out The Kevin Jackson Show.

I write this article as a self-help document for Conservative white people. It’s like my book, Race Pimping, where I advised white Conservatives to get in on the gravy train of race pimping. As Rachel Dolezal proved at the time, you don’t even have to be black to profit.

In the spirit transparency, I’d like to point the real finger of racism in the proper direction: towards white Leftists and the stupid black people who depend on them.

Put another way, white Leftists represent the biggest existential threat to mankind. Those white people are vile human beings, and spawn of the devil. They hide behind their want to do good, as they leave a vapor trail of destruction in their jet blast.


When a white Leftist finishes with you, not even bones or hair remain. They represent hyenas in human form. If you don’t believe me, look at what they’ve done to blacks.

The pre-white-Leftist-enabled black person showcased the best of America. Hearty, self-sufficient, with a magnificent moral core. Blacks as a collective were God-fearing, family-oriented people, more dependable than the sun rising in the east and setting in the west.

But somewhere along the way, white-Leftist-enablers got ahold of black people. White Leftists corrupted some blacks into the sorry, whiny, losers most are today. Even when black Leftists reach the pinnacle of success like Will Smith, Colin Kaepernick or LeBron James to name a few, they still whine like p*ssies.

They want their Oscars, or their black coaches, or their reparations. Others pretend to care about the “common” black man, as they kneel over lies.

These “silly Negroes” are well-trained by white Leftists. Complain about everything, no matter what.

To not see color is to ignore the color of a person’s hair or their eyes. You may prefer blue-eyed blondes, but a brown-eyed brunette might blow your socks off. COLOR!

We ALL see it!

White Conservatives see color. But they have the ability to see beyond color. The same way a person who may prefer blondes might marry a brunette. Because despite having an attraction to a color, Conservatives will look beyond color and see character.

No life is any better than any other, regardless of color. To say Black Lives Matter is unbelievably racist, yet white Leftists embrace this racism, in hopes they appear more “woke” than their counterparts. They feed the racism of black Leftists, then return to their sanctuaries away from the very people they claim to want to help.

White Leftists scream, “Disband the police!” or “Get rid of ICE!” knowing that these law-enforcement agencies are sorely needed, particularly in black and Latino communities.

The same white Leftists dismiss any statistics counter to the narrative. Like the fact that blacks call police 7 times more than whites. If the police are so dangerous to blacks, we damn sure call them a lot.

Meanwhile, White Conservatives discuss reality. They understand the plight of blacks. But they also understand that they have nothing to do with with the mistreatment of blacks. In fact, it’s quite the opposite.

So I say again to Conservative whites, “Why are you apologizing?!”

Drew Brees commented on kneeling, then immediately took it back. Things got so bad, that his wife chimed in, in hopes of saving him and his career.

Brees has played along side black players his entire life. They know this man. But that doesn’t matter when it’s time to put him in check. He has helped the New Orleans community immensely during his tenure in the city, yet they attack the man. So much so, he finally capitulates and apologizes.

And he’s not the only one. Just recently two editors lost their jobs over staff revolts. James Bennet of the New York Times had the nerve to publish Tom Cotton’s op ed on use of military during riots. His staff of Leftist Nazis rioted internally, and Leftism ate one of its own. Of course, he apologized. But he still lost his job.

The other editor had 29 years with his newspaper. And he made the critical mistake of editing, “Buildings Lives Matter” for an architectural article. How dare he compare buildings to people?

None of these men should have apologized. They should have stood their ground. But the bullies got to them.

But here’s a little word to the wise: You live when you stop apologizing for truth.