THIS VIDEO HAS BEEN ADDED TO THIS

THEY COULDN'T SCARE US THEN 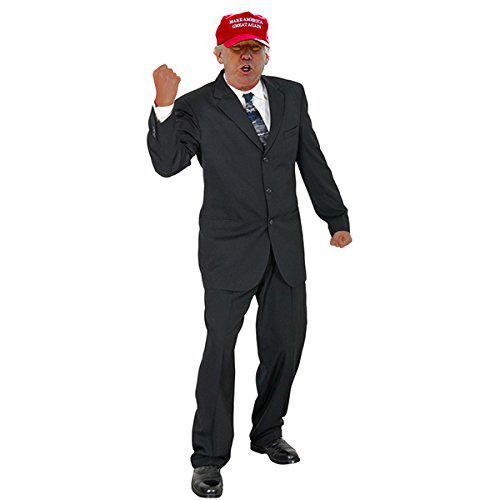 ( The Donald himself will be pitching to you!! )

All you need to bring

IS YOUR FAVORITE BAT!!

IF YOU FIND DONALD'S PITCH

IS MAKING LIBERALS TOO WILD

there will be optional 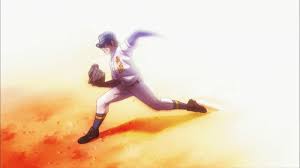 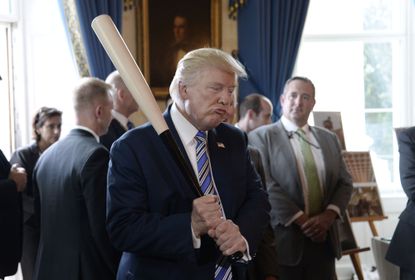 but carry a big STICK " 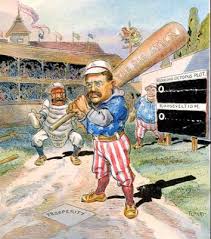 The liberal progressive democrat machine has joined with the media and ISIS to bring down OUR way of life.

They intend to ruin our nation.

If WE the People thought President Trump was the single person who could manage our enemy without our having to be continually engaged . . . . we were wrong.

Form groups and meet with other groups once a week
more often if needed.

Go find a group of protesters and engage our enemies.

Blog the internet sites, engage the blithering liberal progressives in all comment sections

Stand outside the welfare office with signs that denigrate frauds and cheats.

Invent even MORE ways to be a part of the President Trump Paradigm.
*
and remember . . . . be careful out there.

...WITH ALL YOUR CONSERVATIVE FRIENDS. 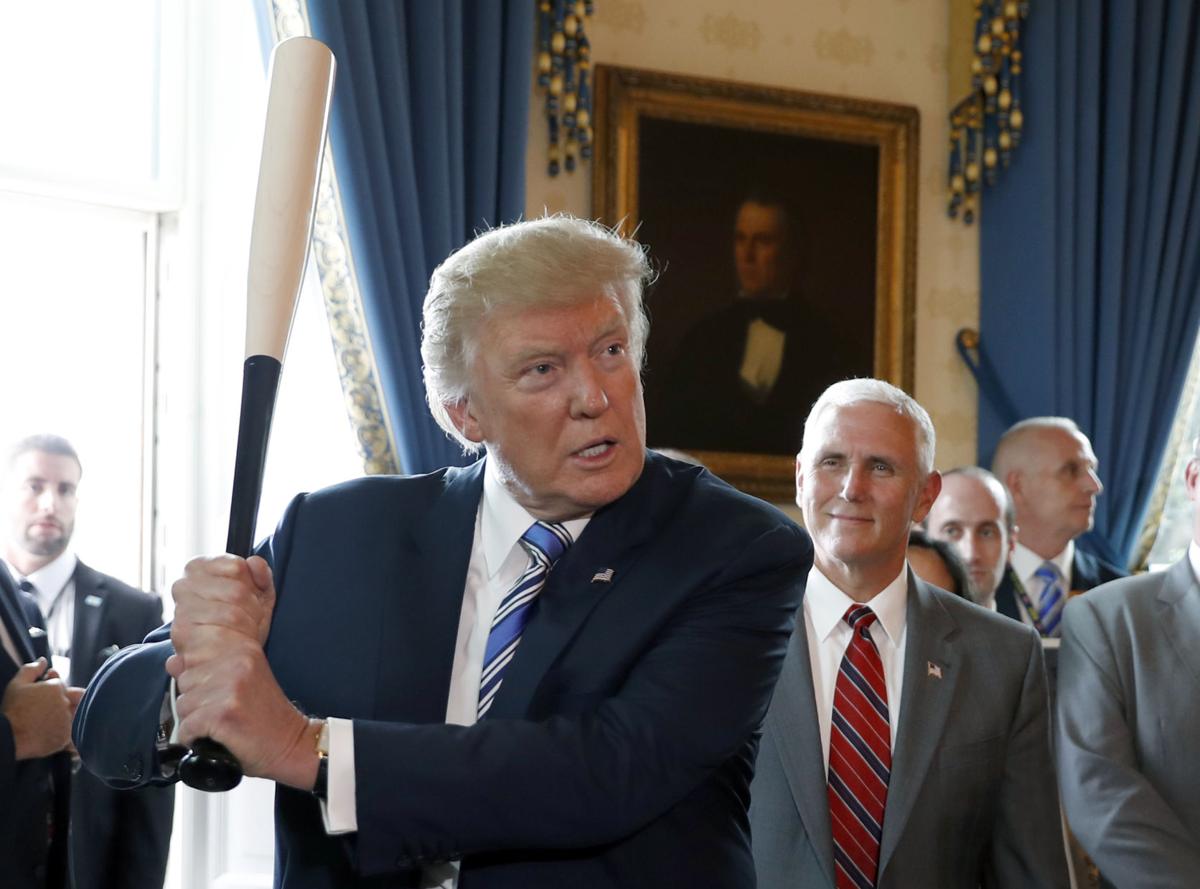 Liberal progressive democrat sycophants have joined with the media and ISIS to attack our nation.

WE the PEOPLE are the only resistance left standing in their way.

WE the PEOPLE must stop our enemy from any further ruination of our nation.

Their riots and violent protests do NOT speak for me.

Their violence is NOT a part of peaceful protest and assembly.

Their gatherings are a means to damage private and public property and injure innocent lives.

This will end badly if we remain silent and do nothing.

President Trump will not be forced to call up the National Guard,

WE the PEOPLE will answer the call first!

There's a little blue statement Create an account? . Don't use facebook just create an account through the statement. And look you are all set up to "help" Hillary. Maybe she wants our help. Just sayin'. 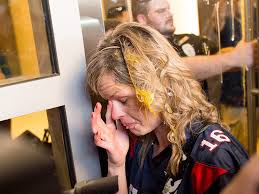 The Huffington Post has published an article defending violence against Trump supporters as a “logical” response to the “racism, nativism, xenophobia, misogyny, Islamophobia, ableism and propensity towards authoritarianism” associated with the Trump campaign.

The article, written by Colorado-based writer and self-described “engaged citizen” Jesse Benn, goes far beyond even the positions of Emmett Rensin, the Vox editor whose call for more anti-Trump riots resulted in a suspension from ...

Benn, who won a “Mark of Excellence” award from the Society Of Professional Journalists in 2012, defends anti-Trump violence as a “perfectly logical reaction” to the “normalization” of Donald Trump, who he says represents the “foulest” tendencies of America.

The rise of Donald Trump has exposed the frightening underbelly of America’s foulest tendencies. Our racism, nativism, xenophobia, misogyny, Islamophobia, ableism, and propensity toward authoritarianism have been laid bare.

Benn is particularly concerned that Trump has  expanded the Overton Window, or the range of socially acceptable opinions.

There’s no doubt he’s expanded the Overton Window to include rhetoric previously well outside its bounds. His calls for a “deportation force“ to expel 11+ million people from the country, his claims that most Mexican immigrants are rapists and criminals, his calls to keep databases of Muslims and to enact atotal ban on Muslims entering the country, his rampant sexism, his mocking people with disabilities, and his propensity for lying have brought the already pathetic state of US political discourse to astoundingly precarious lows. Treating this like politics as usual allows it to become politics as usual, and those who do so risk complicity ushering in a new era of fascist politics in the United States.

Violence, according to Benn, can help slow the rise of Trumpian politics, preventing the Overton Window from fully opening.

In the face of media, politicians, and GOP primary voters normalizing Trump as a presidential candidate—whatever your personal beliefs regarding violent resistance—there’s an inherent value in forestalling Trump’s normalization. Violent resistance accomplishes this.

Furthermore, Benn argues that responsibility for the violence does not lie with the rioters themselves, but with Trump.

Violence that takes place at Trump rallies—in support or opposition—is a reaction to the tone he’s set, and the blame for it should land primarily on his shoulders.

Not that violence is a bad thing, says Benn. After all, it gets results!

Violent resistance matters. Riots can lead to major change (*note the irony of that hyperlink going to a Vox article). It’s not liberal politicians or masses that historians identify as the spark underlying the modern movement for LGBTQ equality. Nor was it a think piece from some smarmy liberal writer. It was the people who took to the streets during the Stonewall Uprising. It was the Watts Rebellion, not the Watts Battle of Ideas, that exposed the enduring systemic neglect, poverty, inequality, and racism faced by that community. Similarly, it was the LA Uprising, not the LA Protests, that led to significant changes in the Los Angeles Police Department.

Those who condemn violence are just privileged. And problematic.

Last, I want to briefly note the problematic nature of people with privilege condemning violent resistance to Trump as an absolute moral failing, or denying its logic. Whether you would personally engage in violent conduct matters little to your ability to understand where it comes from. Some people have the privilege to consider the implications of Trump’s rise in the abstract and negotiate which means are necessary. That’s not true for everyone. And when those who hold that privilege dismiss the potential validity or logic of violent resistance, it’s effectively an effort to dictate the rules under which oppressed peoples respond to existential threats, and to silence forms of resistance disagreeable to privileged sensibilities.

Last but not least — Benn doesn’t think the violence should stop even if Trump is defeated. Indeed, he suggests American leftists should continue to copy the tactics of their notoriously violent European cousins.

Defeating these systems of power and their underlying apparatuses—think tanks, conservative radio, Fox News, the Tea Party, etc.—is a much longer-term and more demanding task than assuring Trump isn’t elected. Taking on the attitudes that drive them is even more difficult. Assuming anti-Trump protests should be strictly focused on electoral politics and not these broader goals would be a detrimental oversight. Understanding European anti-fascists use of violent tactics to shut down large rallies from White Supremacists can be illustrative here.

HuffPo: ‘Inherent Value’ and ‘Logic’ in Violence Against Trump Supporters

Trump will be in Richmond Virginia tomorrow June 10th, Tampa FL June 11th, Pittsburgh PA June 11th and Manchester NH June 13th. Go here for tickets: https://www.donaldjtrump.com/schedule/                                 GO see what a real Trump event is all about. You might actually be surprised. It's NOT what the media falsely portrays. Take a democrat or independent friend along - it's how Trump won the primary and it's how we win against the establishment of BOTH parties in November!.