Looks like the recalcitrant “Summer of Love” Mayor of Seattle is finally willing to put down the CHOP insurrection...

As for Chicago, I will not politicize the horrific carnage of the Father’s Day Massacre. Nevertheless, the “Windy City” is certainly not immune to pandemic violence sweeping across America.

Last night hapless anarchists attempted to turn Lafayette Park into an autonomous zone- even tried pulling down the historic bronze statue of Andrew Jackson. Good luck with that! By the way, Phillip Reid, “an enslaved apprentice,” helped sculptor Clark Mills “craft” that beautiful work of art erected in 1853. (Congressional Record, 1928)

At some point, hopefully soon, the lunacy of this bloody rebellion must give way to what we once called “Law and Order.”

The only question is this: “How many Americans of all colors will needlessly die before it becomes politically correct to put down this expanding treasonous insurrection fomenting brutal violence across the entire nation?”

Rebels from "Sea to Shining Sea" have deployed a wide assortment of weapons- from assault rifles to Molotov Cocktails.

A more salient question might be, “What happens if 'We the People' begin fighting back?”

You think THAT civil war was bloody? You ain’t seen nothin’ yet, folks- unless this madness ends NOW.

Time and time again, nations fail to heed the timeworn warning of George Santayana, “Those who cannot learn from history are doomed to repeat it.” 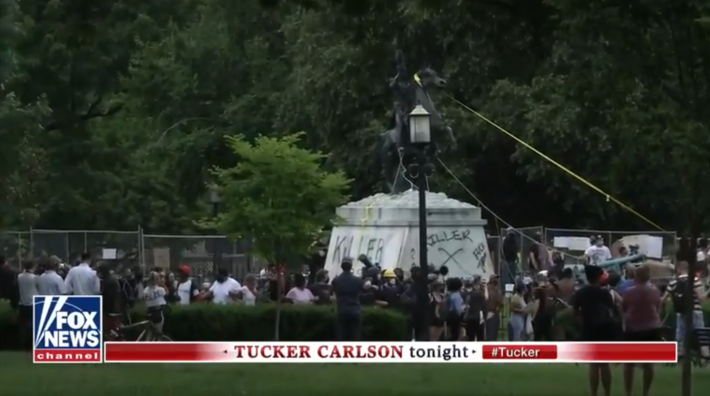