Does President Trump Know EVERY Pro-Trump Publisher from 2016 Has Been Decimated or Eliminated by Facebook — Including His Own Account?

and thank him, PERSONALLY, for his support of

This is your chance

to do something good

for the Conservative cause!

Two days after President Trump rallied his base in Florida’s Panhandle, vowing hundreds of millions of dollars in aid for the hurricane-devastated region, three local radio stations said they would air Trump speeches daily until the 2020 election.

The stations will broadcast two-minute snippets of Trump speeches every hour of every day -- perhaps sometimes twice an hour -- until the end of the presidential race, owner Samuel Rogatinsky said.

“We ran it by a bunch of listeners and people in the area, and nobody’s upset about it. It’s Republican territory,” Rogatinsky said Monday. “Nobody’s offended by it. It’s not an issue.”

He said Panhandle residents who have felt forgotten in the seven months since the Category 5 storm devastated the region were heartened by Trump’s speech at his rally Wednesday in Panama City Beach.

“No games, no gimmicks, no delays," Trump vowed of the funding. "We’re just doing it.”

“Gulf Coast Media, Inc. senior management acknowledged that broadcasting the President’s speeches may not be consistent with conventional commercial FM radio, but we have taken this approach to show the community’s sincere appreciation for President Donald Trump’s work in Panama City and Bay County,” the company said in a news release.

“Really, we just want to have inspirational type things because the community is so down," he told the Orlando Sentinel on Monday. "Nobody else is really promising or doing anything. They want to hear what he has to say.”

The GM of Salem Miami 880 is  franc.boza@salemmiami.com

In February of 2018 Facebook launched a new algorithm to ensure that conservative news would not spread on their social media platform. 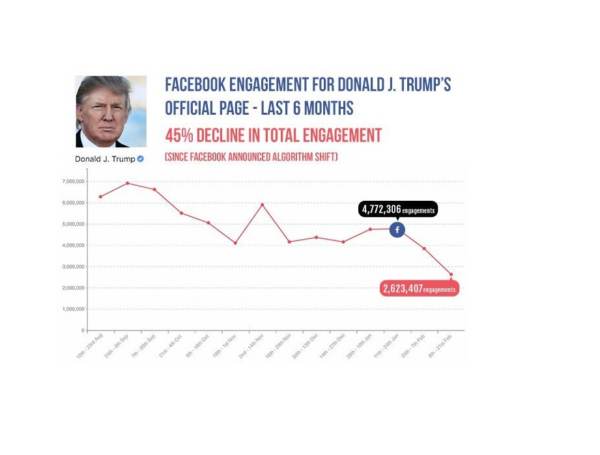 In contrast, Senators Elizabeth Warren (D-MA) and Bernie Sanders (I-VT) do not appear to have suffered a comparable decline in Facebook engagement.

Top conservative Facebook pages with daily traffic in the millions have seen 75% to 95% drop in traffic since the 2016 election.

Facebook uses Soros-funded Poynter as to fact-check on their platform — The same group that recently listed EVERY prominent conservative publisher last week as fake news.

Facebook has been shutting down traffic to conservative websites since the 2016 election.

In March 2017 Columbia Journalism Review published a study of the 2016 election that found conservatives had abandoned the liberal mainstream media in 2016 and went online and to social media to get their news.

This slide shows the online influence map on Facebook before the 2016 election.
(Columbia Journalism Review) 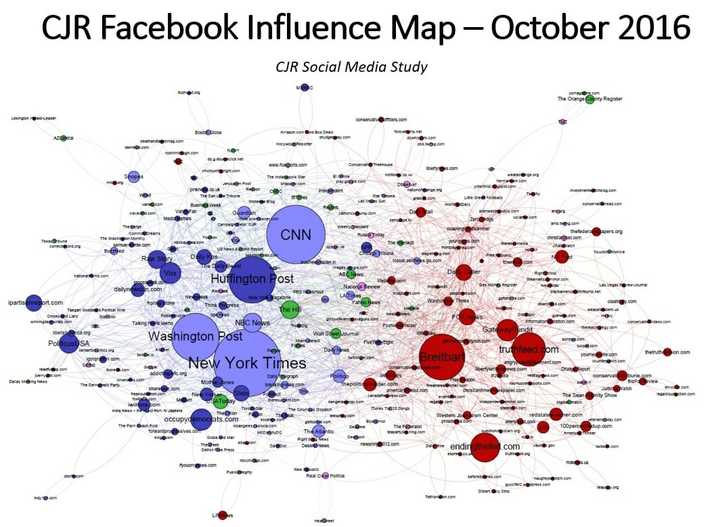 After this study was published Facebook went to work and started censoring conservative content through a series of algorithm changes.

Facebook was on a mission to delete traffic to conservative websites.

Most prominent conservative publishers from the November 2016 election have been hit hard or eliminated.

So does President Trump or his campaign manager Brad Parscale know that Facebook wiped out his top supporters from the platform?