PERFECT EXAMPLE OF THE ABOVE WORD: 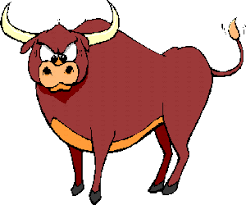 You'll go down in history

to this forbidden word,

than the previous image

What does SHIT mean in Transportation?

This page is about the meanings of the acronym/abbreviation/shorthand SHIT in the Governmental field in general and in the Transportation terminology in particular. BET YOU CAN'T GUESS WHAT WORD

AROSE FROM THE PHRASE:

" Fornication Under Consent of the King "

Did you know? . . .
In ancient England single people could not have sex unless they had consent of the king. When people wanted to have a baby, they had to get the consent of the king, and the king gave them a placard that they hung on their door while they were having sex. The placard had (Fornication Under Consent of the King) on it. Hence that's where the word Fuck came from. Now, aren't you glad you learned something new today?

In Christianized Anglo-Saxon Britain, invading kings would require that their troops would rape the women in a common demoralization procedure. Because fornication was against religious law, the rapists needed special religious permission, from the king.