Many questions loom in the death Loretta Fuddy

“We hope that issuing you these copies of your original Certificate of Live Birth will end the numerous inquiries received by the Hawaii Department of Health to produce this document.”-Loretta Fuddy

“The dead cannot cry out for justice. It is a duty of the living to do so for them.” This quote is attributed to American author Lois Bujold, and should remind us that it is our responsibility to seek truth not just for ourselves, but for those who have been silenced by death.

Only Eyewitness to Breitbart’s Death Disappears

Following the suspected arsenic poisoning of a forensic technician in the Los Angeles County coroner’s office, the only eyewitness to Andrew Breitbart’s death has now vanished. 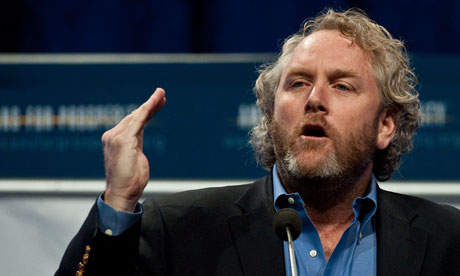 Lasseter reported that Breitbart’s skin was a bizarre bright red color when he collapsed, a symptom not associated with heart attacks and one which was not explained in Los Angeles County Chief Coroner Craig Harvey’s autopsy report, which lists the cause of death as heart failure.

“I asked Lassiter specifically about Breitbart’s skin color and he said it was “bright red.” That bothered me because as an Army medical corpsman I knew that most heart attack victims turned blue,” wrote Paul Huebl, adding that Breitbart had drunk little alcohol and, “Poisons like cyanide, or carbon monoxide are known for turning skin red…The reality is they cannot be detected by normal toxicology testing.”

After World Net Daily hired a private investigator in an effort to locate Lassiter, it appears as though he has completely vanished.

“After recruiting the assistance of private investigators, WND found that Lasseter, the 26-year-old witness who saw Breitbart drop dead, is no longer residing at his last known address in California,” writes Jerome Corsi.

“The investigator concluded Christopher Lasseter had “hunkered down” in what seemed to be an attempt to avoid further questioning.”

Is it possible that Lassiter decided to flee after hearing about the suspicious death of Michael Cormier, a forensic technician who worked as a photographer in the Los Angeles County coroner’s office and could easily have known damning information about Breitbart’s death?

Cormier died suddenly from suspected arsenic poisoning last month on the same day Andrew Breitbart’s autopsy report was made public, with police considering foul play as one of the motives. Was Cormier targeted because he knew something about the strange red color of Breitbart’s skin which contradicted the autopsy report?

Despite the fact that Breitbart made it clear both publicly during a CPAC speech and privately to World Net Daily that he was set to release bombshell video on March 1 which showed President Barack Obama alongside Weather Underground terrorists Bill Ayers and Bernardine Dohrn, when the footage eventually was released it actually showed Obama embracing radical Prof. Derrick Bell.

“He died of natural causes,” Bannon said. “The family wants the matter put to rest, and WND is beginning to irritate me suspecting foul play.”

Now we need to start investigating Steve Bannon, who is supposedly working for Breitbart News Network. The death of Andrew Breitbart has alway been extremely suspicious to me, and is doubly so when learning the the forensic technician who worked in the LA County coroner's office has also died of suspected arsenic poisoning and the only witness to Breitbart's death who questioned the red color of his skin--indicitive of cynanid or overdose of niacin poisoning is now missing.  Why hasn't a more thorough investigation taken place. The diagnosis of a heart attack was too fast an easy, especially when Breitbart had no indication of such a problem.  I think that Steve Bannon could be too close to this investigation, and it is possible that he, and not Breitbart's family, wants to put the matter to rest.