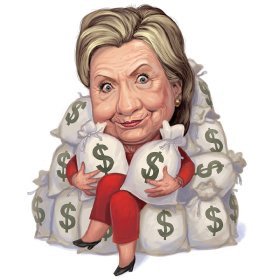 ...she should have cremated them

Oh, Hillary…you and your emails. This woman is the worst villain EVER. She is awful at hiding her crimes, the only reason she hasn’t been shot for treason is because she has friends in high places. Or so we thought, maybe not.

Yesterday a judge stood for justice and may have saved our country a terrible fate. This could really make a novel one day, can’t you see it now….”Hillary’s Big Flop, Almost Takes Down The United States”. That is, if our first amendment hangs around for a while longer.

It appears that a number of Benghazi documents were deleted by Hillary while SecState, but have miraculously resurfaced, they are part of the 14,900 cables that were previously undisclosed.

The first batch of new emails comes in response to a court order issued today in a November 13, 2015, Judicial Watch FOIA lawsuit filed against the Department of State seeking all communications between former Secretary of State Hillary Clinton and the Obama White House from the day of the terrorist attack on the U.S. Consulate in Benghazi and throughout the following week.

The lawsuit was filed on behalf of Dr. Larry Kawa of Boca Raton, Florida, in the U.S. District Court for the Southern District of Florida, West Palm Beach Division (Larry Kawa v. U.S. Department of State (No. 9:15-cv-81560)). Today’s order requiring the production of the emails from the 14,900 new Clinton emails as well as any other communications or emails from the other materials recently delivered to the State Department by the FBI was issued by U.S. District Court Judge William P. Dimitrouleas. The court ruled:

The State Department shall search the material, determine whether any responsive records exist, and complete its first production of non-exempt records, to the extent any exist, by September 13, 2016.

Hillary can deny it all she wants, we have proof, finally nothing she says can be disputed with the cold hard facts staring her in the face, it wont stop her from trying though.

This needs to be made public NOW. The American people deserve to know the truth about the vile creature that wants to be our leader. It’s about time,...