ATTACKS ON THE RICH!!! 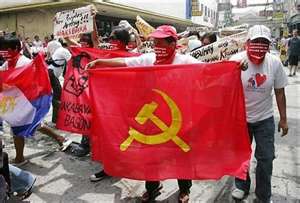 Stephen Hawking, the eminent physicist and propounder of the “Big Bang” theory is rich. In his intellect. Lou Gehrig, the great “Iron Horse” of baseball, was rich. In athletic ability. He described himself as the luckiest man alive.

Stephen Hawking and Lou Gehrig shared many things in common. They were given certain gifts that, when fully utilized by each of them, brought them fabulous fame, and a fair measure of wealth. Yet, Gehrig once said, in his farewell speech, that he had been dealt a “bad hand”. Stephen Hawking was told, nearly sixty years ago, that he only had a short time to live.

Both men enjoyed the favor of their Creator in the talents that were bestowed upon them. Those God-Given talents were the gifts they had been given, from birth. Some say that it isn’t “fair” for some to have such talents, and not all. Everyone should be “equal”. Noone deserves to have more, or less, than others. It just isn’t fair.

But both men, even though they enjoyed amazing fame and fortune in their lifetimes, ultimately were dealt an equal hand. They both were stricken by the same disease. Nature’s equalizer. Mortality.

One of them even had that disease named after him. Lou Gehrig’s disease, (ALS). The other, along with his genius, yet survives, after all these years. Hailed as the man who braved the frontiers of humanity’s ignorance and dared to postulate a working theory on the roots of the beginnings of the very universe.

Like other past intellectual “giants”of their times, such as Charles Darwin and his yet to be proven theory of evolution, but couldn’t explain if the egg, or the chicken, was first... Hawking, even with his superior intellect and talents, cannot explain the cause, nor define the cure, for his particular affliction.

Bill Gates, the modern-day equivalent of Thomas Edison was not born with a “Silver Spoon”. Yet both men had the wisdom to exploit the gifts they were given to the fullest. They inherently knew that within themselves there was a potential that needed fulfillment.

And they capitalized on their talents because they lived within the framework of a lawful and constitutional order that recognized that Individual Liberty was the fertile soil of their creativity. With a Constitution that guaranteed, with the popular support of the people, that Liberty, and made every man equal with respect to opportunity. Hence, we live in a “Land of the Free”.

Ants enjoy the essence of a “fair”social order.

Because they are drones, they are all equal. And equally poor. Philip I agree. Yet no one has focused on this statement of Obama's and it's implications. At least I haven't heard any.

As amazing as that sounds, it's no more delusional than Obamacare created behind closed doors and passed over the will of WE the PEOPLE.

My question about Obama's SOTU speach is what EXACTLY did he mean when he said he was going to "streamline" the government????? Is he thinking of getting rid of the Congress and just having an Executive Branch??? That's how he operates now.

Obama and the democrat machine obviously think they found a winner . . . . .  and the media are going to deliver their message without question IE: The RICH must pay more taxes, The RICH must step down from power.