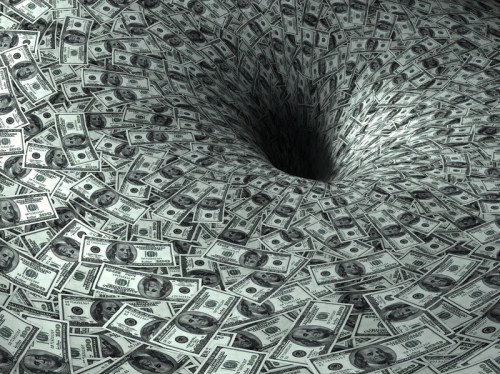 SHANGHAI (AP) -- Out-of-control printing of the U.S. dollar is forcing inflation on China, pushing up prices for commodities and labor, trade minister Chen Deming says in an escalation of rhetoric over currency and other tensions ahead of key international meetings.

Beijing has been chafing at U.S. pressure over its currency and massive imbalances in trade and investment that are symptomatic of deeper problems in the world economy -- Asia and China's addiction to weak currencies to boost their export-reliant economies and the legacy of debt-fueled consumption in the U.S.

Fearing a trade war that could send the world economy into reverse, finance chiefs from the Group of 20 leading advanced and developed nations last weekend vowed to avoid weakening their currencies. But they did not set specific targets for reducing imbalances such as China's huge trade surplus and the U.S. trade deficit.

"Uncontrolled printing of dollars and rising international prices for commodities are causing an imported inflationary 'shock' for China and are a key factor behind increasing uncertainty," the state-run newspaper China Business News quoted Chen as saying while attending the autumn session of the Canton Trade Fair.

Concern over the potential inflationary impact of stimulus spending, funded by newly printed dollars, is not limited to China. Printing more money is often associated with a related rise in prices, as a larger pool of cash chases a finite number of investing and buying opportunities.

The Federal Reserve is expected to further loosen monetary policy next week with the announcement of a Treasury-buying program known as quantative easing that aims to boost the economy by lowering long-term interest rates.

The U.S. economy is in such a deep hole with unemployment running near 10 percent that the move is unlikely to create an inflation problem for Americans in the near term. But expectations of more monetary stimulus have further weakened the dollar, increasing demand for commodities that are mainly traded in greenbacks, and potentially creating inflationary problems for other countries.

The influences causing rising international commodity prices are many, however, and the rising strength of China's own currency, the yuan, is giving its manufacturers stronger purchasing power.

"It's more than just printing of dollars by the Federal Reserve. China is an important source of demand for commodities," said David Cohen, regional economist for Action Economics in Singapore.

He characterized the comments as "posturing" ahead of important upcoming meetings, such as the G20 summit set for Nov. 11-12 in Seoul, South Korea and a forum starting Thursday in Hanoi, Vietnam consisting of Asian nations as well as the U.S., Russia, Australia and New Zealand.

"It's presumably driven by a tactical response to complaints from the U.S.," he said.

Ahead of key congressional elections next week, Beijing faces mounting pressure from U.S. lawmakers to ease controls they say keep the yuan artificially cheap against the dollar.

Legislation passed Sept. 30 by the U.S. House of Representatives would allow Washington to sanction governments that manipulate their currency for trade advantage. The Senate is due to take up the measure after November elections.

Chen, the trade minister, said Chinese companies had adjusted their strategies to take the potential impact of a stronger yuan into account and keep the country's exports steady.

"Facing the uncontrolled issuing of money by the U.S. and the resulting inflationary impact on global commodity prices is a big problem for Chinese companies," he was quoted as saying.

Beijing is still trying to restore normal economic conditions following a huge burst of stimulus spending that helped China quickly bounce back from the global crisis. The central bank raised its key interest rate last week for the first time since 2007 to control inflation and excessive bank lending.

September's inflation rate rose to 3.6 percent over a year earlier from August's 3.5 percent -- above the 3 percent official target. But officials mainly blamed surging food costs due to shortages of vegetables and other items.

Comment by Sandra on October 27, 2010 at 5:50pm
We sure can't continue printing $$, as it is ours is next to nothing in value... DC needs to tighten the belt and stop immediately. With all the unemployed, as we know the money is not coming in through taxes.... So, I suppose we will get VAT(which will start at 1 or 2% and escalate to 50%) IMO, cap and crap and whatever else they can drain from the ones working. I ready they are even considering taking the deduction away on the taxes we pay on out homes...