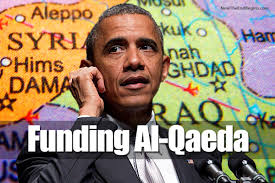 Three weeks ago, two suspected Al-Queda terrorists were arrested in Canada. They are accused of plotting train de-railments.

"The Religion of PEACE"...yes, indeed. 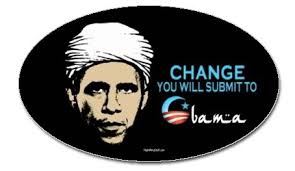 President Obama on Monday issued a statement commemorating the Muslim holiday of Ramadan, offering his "best wishes" to communities celebrating across the globe.

"For the world’s 1.5 billion Muslims, Ramadan is a time for thoughtful reflection, fasting and devotion. It is also an opportunity for family and friends to come together and celebrate the principles that bind people of different faiths — a commitment to peace, justice, equality and compassion towards our fellow human beings," Obama said. "These bonds are far stronger than the differences that too often drive us apart."

The president added that the month "reminds us that freedom, dignity and opportunity are the undeniable rights of all mankind," subtly acknowledging the strife in Egypt and the Middle East.

On Monday in Egypt, more than 50 protesters were killed and 300 more injured in a showdown between Muslim Brotherhood supporters and the military, which deposed elected President Mohammed Morsi last week.

"We reflect on these universal values at a time when many citizens across the Middle East and North Africa continue to strive for these basic rights and as millions of refugees mark Ramadan far from their homes," Obama said. "The United States stands with those who are working to build a world where all people can write their own future and practice their faith freely, without fear of violence."

The statement came amid calls from Islamic leaders for the United States to halt its force-feeding of Guantánamo Bay detainees during the monthlong fast. Detainees there have launched the hunger strikes in protest of their indefinite detention.

"We believe it's wrong to force-feed at any time, but it is particularly upsetting to do it through Ramadan," Ibrahim Hooper, a spokesman for the Council On American-Islamic Relations, "It's not just a religious issue, it's also a human rights issue in violation of international norms and medical ethics."

The Pentagon has said they will perform the force-feeding operations at night, so as not to violate the Ramadan fast. 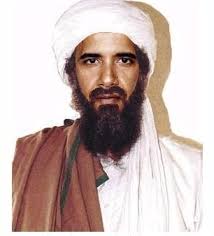 Obama Admits He is Muslim

Isreali Today, an Egyptian magazine, broke the news story with the following quote from the Foreign Minister:

“Aboul Gheit said he had a one-on-one meeting with Obama, where the US President told him that He was still a Muslim, the son of a Muslim father, the step son of Muslim stepfather, that his half brothers in Kenya are Muslims, and that he was sympathetic towards the Muslim agenda. Aboul Gheit claimed Obama told the Arabs to show patience. Obama promised that once he overcame some domestic issues, like the Health care reform, he would show the Muslim World how to deal with Israel.”

Are you surprised that the mainstream media is ignoring this story?

Nothing new to me, I have known all along, that Obummer is a muslim.

To me it is clear that Obama is BENT on destroying America and Americans are letting it happen.  Congress won't stop him, the Judiciary won't stop him, the military is all over the globe and I don't know what they are thinking given their constraints, and the people must believe they cannot stop him either.

When I say Obama I mean Obama and his minion. This effort against us is involves more than one person that's for sure. I am sick of seeing and reading GW defending what this current leadership is doing. I wish he'd say nothing if he can't see/say what is actually going on. I am tired of all of those who defend this tyrant.

Whether Obama is a Muslim or Lucifer himself doesn't even matter to me. All I know is that he wants this OUR country destroyed. That's enough for me to know!

There is much about Obama I can't know, it is being hidden from public view.
You know a man by his actions and Obama exposes himself often.
Obama is a muslim.